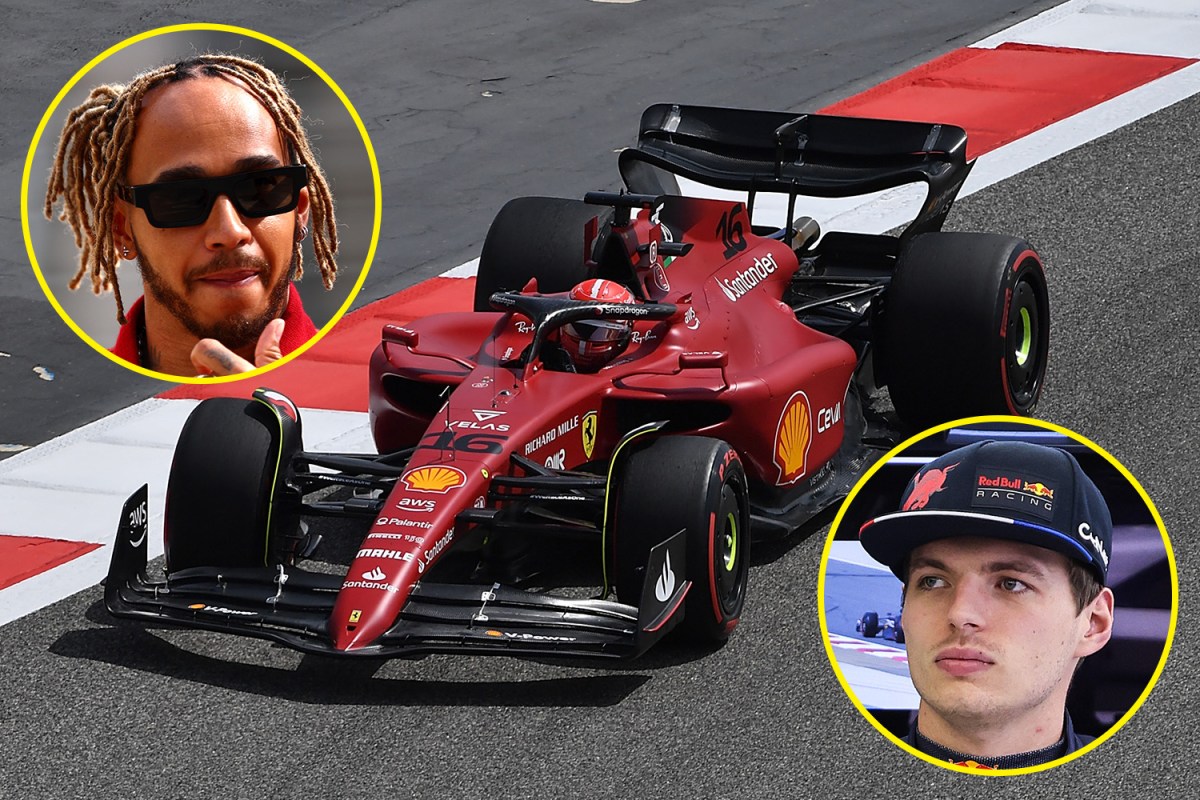 Formula 1 is back and just 97 days after Max Verstappen took the chequered flag – and the world title – in Abu Dhabi, he and rival Lewis Verstappen are set to do battle again.

It was one of the greatest title fights in F1 history but now huge rule changes for 2022 have the potential to create an even more thrilling battle.

With two rounds of testing in the bag the Bahrain season opener is here and positivity in F1 has rarely been higher.

Radical aerodynamic simplifications were expected to improve both aesthetics and racing, and with the first box comprehensively ticked, there’s plenty of optimism the second is soon about to be.

It’s hard to imagine things could get any more jaw-dropping than Hamilton and Verstappen exchanging paintwork every other weekend on the way to a final lap of the season title decider, but F1’s rule makers have made a strong fist of it.

Other teams may now be about to contend with Mercedes and Red Bull – who have shared the last 12 world titles – with sleeping giants Ferrari on the horizon and boasting two drivers with undoubted world champion potential in their arsenal.

But it’s not just the prancing horse that would have viewed last season’s championship squabble between Mercedes and Red Bull with glee, many others effectively wrote off their 2021 campaigns in an effort to play catch up ready for this year.

McLaren’s Andreas Seidl told talkSPORT the three big guns will be expected to lead the way thanks to their budgets, and vitally important wind tunnels, but that doesn’t tell the full story.

F1’s history shows exploiting the start of a new era is as much about pieces of design brilliance from engineers as it is about cash spent, meaning picking where the title-winning difference will come from is as random as choosing the lottery numbers.

But that doesn’t mean there aren’t clues for the upcoming season to be found, with predictions for the 2022 season coming from the best in the business.

Verstappen to successfully defend his crown

Up until their 2021 success, Red Bull’s efforts to stop Mercedes became all too predictable.

Slow starts saw the Milton Keynes outfit finally match the Silver Arrows for pace in the closing races, but by then the title was already long gone.

Hopes would still be raised for the following campaign before the pattern repeated itself, but after ending Merc’s dominance last year, the cycle has finally been broken.

Unlike many who are keeping their cards close to their chests, Red Bull are starting the campaign in a confident mood after topping the second round of testing, and that could only be a positive with their in-season development often unbeatable.

Mercedes’ woes to be confirmed

Toto Wolff’s team have played their chances down ahead of every one of their record-breaking eight consecutive constructors titles, but this year things seem different.

Not least because, for once, there are no doubts about their competition; Red Bull are raring to go, and Ferrari could even be in the mix.

“At the moment, I don’t think we will be competing for wins,” Hamilton said after testing. “But we are the best team, undoubtedly”

Much of Hamilton’s well justified defiance comes from Mercedes’ excellent in-season problem solving and development skills, but this might not be the campaign to get off on the wrong foot.

Verstappen is a far different challenge to anything the Silver Arrows have had to contend with before, and Ferrari may well punish a slow start even more heavily.

The likes of Carlos Sainz, Helmut Marko, Martin Brundle and Damon Hill have all refused to write of Mercedes, but as much as they will likely strike back quickly, there’s virtually zero room for complacency with the competition on offer.

“You could say George,” were the words of Lando Norris when talkSPORT asked him for F1’s next first-time champion and it’s easy to see why.

Numerous drivers such as Daniel Ricciardo and Sebastian Vettel struggled in new machinery last season, but Russell showed his supreme talent in the previous campaign coming in as a last minute substitute for Mercedes’ COVID-striken Hamilton.

In the 2020 Sakhir Grand Prix Russell humiliated Valterri Bottas in a brand new car, breezing past the Finn in an astonishing opening lap only to be denied victory by a late puncture.

He then followed up in 2021 by making waves with Williams with a legendary second-placed qualifying lap in rainy Belgium, before later confirming a well-earned promotion to Mercedes.

More than half of Hamilton’s seven world titles came with the help of a less-than-threatening Bottas as his teammate, but that’s now changed due to the arrival of GP3 and F2 champion George Russell, and it’s not just Norris who sees the Brit adding to his junior titles.

Ferrari, F1’s most successful team, have been without a title since 2007, but that may all be about to change thanks to the new regulations.

While Mercedes and Red Bull were forced to put their 2022 car development on hold as they fought for the title, Ferrari team principal Mattia Binotto quietly snuck back to their Maranello HQ to aid his squad’s title charge this season, and was rarely seen at the tail end of the 2021.

Even without focus on 2021, Ferrari were still comfortably the third best team on the grid despite not really trying, with a world-class driver pairing of Charles Leclerc and Carlos Sainz showing just how well set up the Italian outfit are to contend for regular wins.

Before Ferrari impressed at testing there was already a consensus that they were ready to attack, with Red Bull boss Christian Horner telling talkSPORT to watch out.

“I think they are the dark horse,” Horner said in February. “They were not in the championship fight last year, but with big regulation changes this year they probably started earlier than every team.

“They’ve been a sleeping giant for a few years now, you get the impression they might just be waking up.”

A number of teams undoubtedly saw the 2021 season as an opportunity to prepare for the 2022 rule changes, but no one quite wrote off the last campaign like Haas who ditched development before the season even started.

It was a high-risk move for the backmarkers who fielded two rookies and put their future on the line, becoming the only team to not score a single point during the past season, missing out on tens of millions in prize money.

However, the early signs are that their gamble may have paid off, with the American outfit looking rapid in testing as a number of detailed aero tweaks raise eyebrows.

Things could have easily been negative going into the year with the team having to drop Russian driver Nikita Mazepin and lead sponsor Uralkali during testing.

However, a negative was quickly turned into a positive with the return of former driver Kevin Magnussen, who shocked the grid by putting his new car top of the time sheets.

Magnussen also has a teammate in Mick Schumacher who has a strong history of improving in his sophomore campaign, but Danish star Magnussen has been the main focus, and is struggling to dampen excitement.

“Let’s see,” he said about a drastic move up the grid. “I don’t think we are going for the championship this year but I think there is a good atmosphere. You can feel something good is coming, but let’s see.”