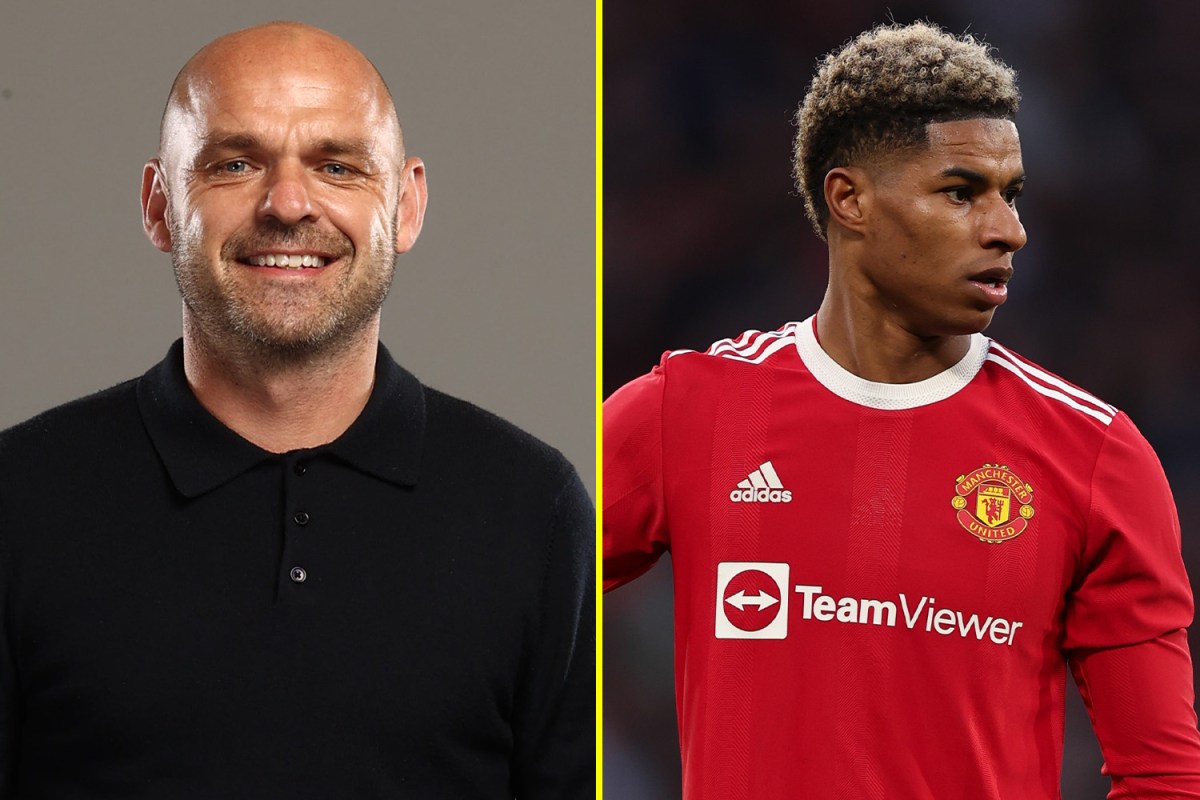 The Manchester United forward has endured a hugely frustrating season in which he’s lost his form and confidence. He’s scored just five goals in all competitions this term.

As a result, Rashford was left out of Gareth Southgate’s most recent squad for the clashes against Switzerland and the Ivory Coast, leaving fresh doubt over his future at international level.

While the focus has to be on recapturing his form at club level, Murphy told White and Jordan that the 24-year-old could still play his way back into contention.

He said: “He’s got a lack of confidence at the moment. Mentally and physically he’s at a low point, but to score 21 and 22 goals in the last two seasons, you’ve got to be a talented player at Manchester United.

“I think it’s important that he has a strong start to the new season given the date of the World Cup.”

Asked if he’s got a chance of being named in the squad, Murphy added: “Of course he has. I think that a new coach [at Man United] and a fresh start to the season after a summer break, I think he will [make the cut].

“I’ve got a feeling. He’s capable, because he’s an impact player. If he comes back fit, fresh, hungry with a new coach and a new lease of life and he start the season well then bang, why not.”

Simon Jordan sympathises with Rashford, but insists that the player will ‘need to move mountains’ to be anywhere near England’s World Cup squad.

Jordan explained: “I just look at it and say that he’s the product of an environment where he’s been not properly managed for three years.

“Out of that environment are choices that have been made, attitudes that have been developed in these players. How many Manchester United players, if any, can we look at over the last four years and say they’ve improved?

“He doesn’t score many goals, he doesn’t contribute much to the team and ultimately he has to get himself together psychologically.

“His talent will either reach the level that we think it’s at, or not.

“I think that the environment in place around Ralf Rangnick is hurting him because for three years he’s been allowed to do what he wants, when he wants and how he wants under Ole Gunnar Solskjaer.

“Now there’s a regime that’s trying to enforce some change and that’s not working either.

“I don’t know what the future holds for Marcus Rashford, but I don’t think in the immediacy it holds any bearing towards the England set-up.

“I think he’s going to have to move mountains, despite the fact that there’s this patronage that Gareth Southgate has that’s patronising something that isn’t based upon merit and then you’re going to go into tournaments with a sub-standard squad. Which is bigger, competing or patronage?”