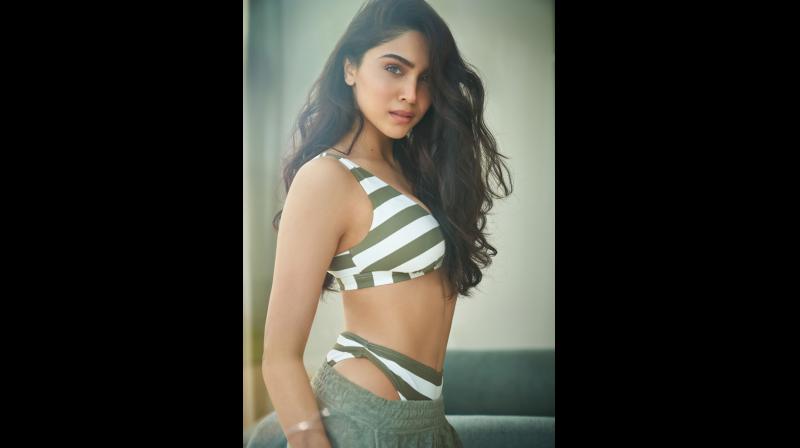 So how has the response been? “The response has been overwhelming because many people have loved and appreciated my work, and I think it feels really good because we put our heart and soul into something for so many years. So when you receive that kind of appreciation from people, it feels like a cherry on the cake,” says Sharvari.

Incidentally, she tells us, she has actually become a meme among her friends from school and college. “I think my friends were just really excited and they made lots of memes of me in our school WhatsApp group. They used all the different looks from my film and the prosthetics used and made different kinds of memes. When we are sitting at a coffee shop they’d announce it to everyone sitting there that I am this actress. But then I’ve not really gone out so much due to the pandemic and hence life is still easier as of now,” chuckles Sharvari who has recently wrapped another film shoot.

And she seems rather excited about it. “There’s one that I’ve shot with Yash Raj, which is due for an announcement sometime this year; that’s a film I consider a very important story. It’s a genre that I’ve not done before and I’m very excited to bring that to the table and showcase that side of me to people,” she adds.

The actress has one grouse, though. “Not many know when my birthday is,” she says. “My birth year is wrong everywhere. So because it is on Google every year when other people wish me they wish me with a different age group. My birth year is 1997 but for some reason, it’s 1996 on Google and people wished me happy 26th on my 25th birthday! And then they say actresses always lie about their age!” she laughs.