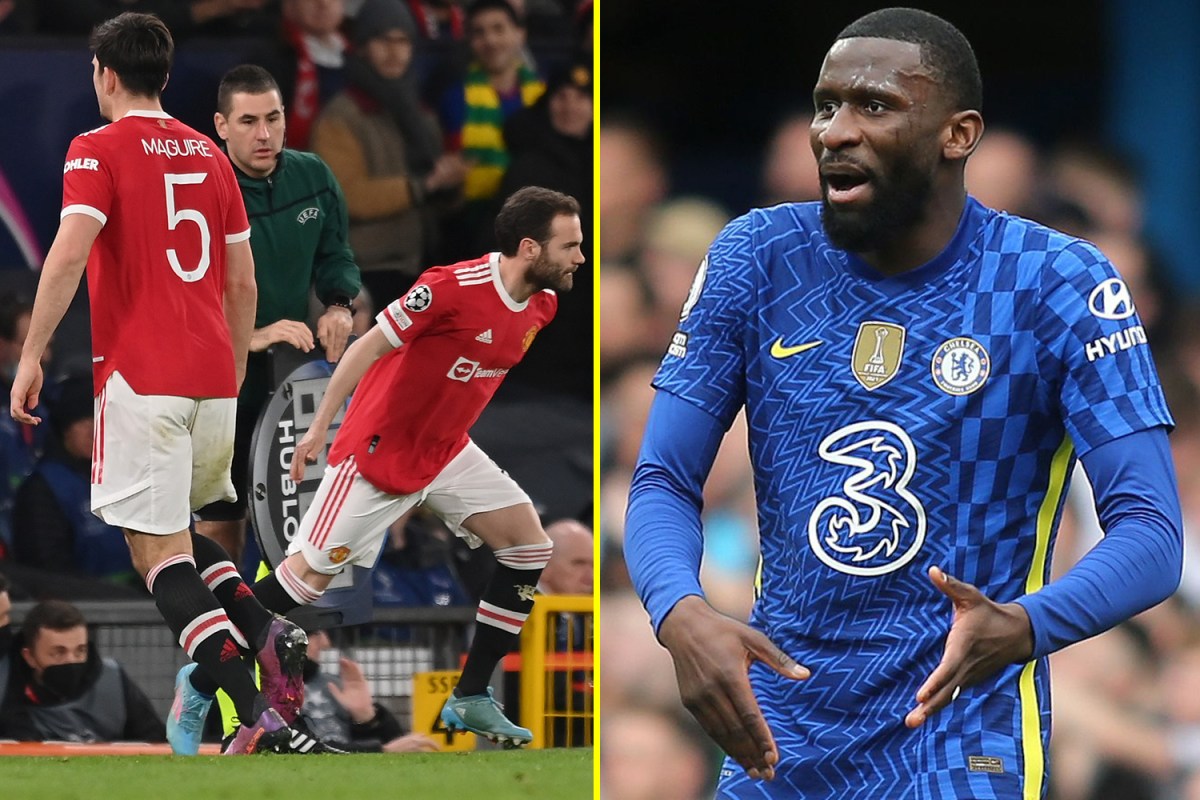 Manchester United have been urged to sign Chelsea star Antonio Rudiger, as Harry Maguire suffered yet another night to forget.

The Red Devils were dumped out of the Champions League on Tuesday, with a 1-0 defeat at home to Atletico Madrid sealing a 2-1 aggregate loss in the round of 16.

As Ralf Rangnick’s men chased the game, captain Maguire was substituted for Juan Mata – and the reaction from Old Trafford spoke volumes.

Loud cheers among the home faithful greeted the announcement that Maguire was being replaced amid a continually shaky season for the England defender.

United will start looking to the future after a fifth consecutive year without any silverware – and club legend Gary Pallister believes Blues star Rudiger should be on their wishlist.

Chelsea are currently unable to agree a new contract with the German due to sanctions on club owner Roman Abramovich, and with Rudiger’s deal set to expire in June, he looks set to be available on a free transfer.

Speaking before the defeat to Atletico, Pallister told BoyleSports Football Betting: “You can’t have enough quality players in your squad. You’ve seen that with City, Chelsea and Liverpool. Liverpool have just gone out and bought [Luis] Diaz and we thought ‘wow, where do you fit him in.’

“If Rudiger became available on a free and he became interested in Man United, I’m sure they’d look at that.

“I wouldn’t be looking to sell Maguire but if you can add quality like Rudiger, add quality. He’s a no-nonsense defender and showed he’s got quality on the ball and to get him on a free would be good business.”

And Liverpool legend Jamie Carragher believes Maguire must get back to good form or he will be forced out of Old Trafford.

“The Manchester United captain who cost £80million was taken off in the game,’ Carragher told CBS Sports.

“He is going through the worst moment in his career right now. We all have that moment, I can picture it now when I was playing.

“It felt like no matter what I did in a game, how well I prepared for it, how well I played in it. The one thing I did wrong and the ball ended up in the back of my net. And I always remember when that was and that period of my career.

“This is something that Harry Maguire is going through right now and he has to get out of it very quickly otherwise he won’t be at the club because the standards at Manchester United are so high.

“Of course he wants to [get out of it] but his head will be all over the place, he is getting criticism left, right and centre.

“He’ll be criticised again – I think the crowd actually cheered when he went off. Which isn’t a nice thing for anyone.

“I’ve always been a fan of Harry Maguire. He gets criticised because he cost £80m. Virgil van Dijk cost £75m and is the best defender in the world.

“Harry Maguire is not that but he doesn’t set the price. He had a great summer with England at the Euros but this season has been a disaster and he almost just needs to get to the end of the season and just forget about football and get away.

“He’s having a really tough time. And every decision he makes, he’s probably overthinking it.”