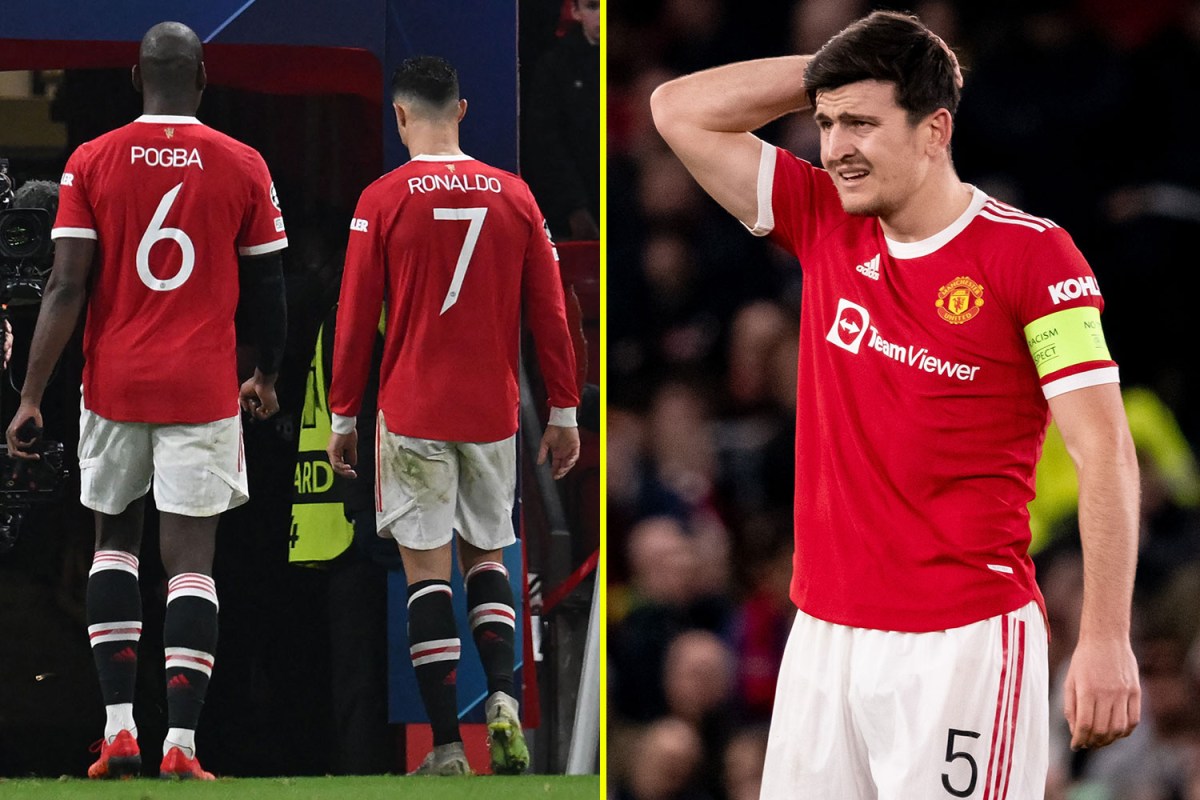 Manchester United have been told they need to clear out their squad, including Cristiano Ronaldo, but even then they still risk a 30-year title drought like arch rivals Liverpool.

The current campaign will be United’s fifth-straight without a trophy following their Champions League exit, while they have not won the Premier League since 2013, the year Sir Alex Ferguson retired.

The Red Devils have attempted to build, and rebuild, their squad since then and last summer signed Ronaldo, Raphael Varane and Jadon Sancho in an attempt to win back the crown.

What has followed has been a tumultuous season with Ole Gunnar Solskjaer sacked, serious underperformance and fan fury.

A new permanent manager will arrive in the summer to replace interim boss Ralf Rangnick.

And Premier League 100-club member Darren Bent believes the United squad needs a complete revamp if they are to challenge for a title any time soon.

He told talkSPORT’s Drivetime: “The ones you keep are [David] de Gea, you keep Varane. You need a new right-back, I think.

“I don’t think [Scott McTominay] is good enough but he’s own of your own. Building-wise? Nope.

“I think Fred is a weird one because you have to say he’s been one in the last few weeks who has gone, ‘You know what? I’m up for this’. But I guess if you’re trying to start against and build a successful side, he might have to go.

“Rashford is the one where, if the new manager fancies him, there’s something there. If he can get that best out of him then you keep him because he’s young.

“[Pogba] is going to go anyway, he’s on a free at the end of the season. If Manchester United have got any kind of aspirations [he should go].

“I love Pogba as a player, I really do, but Manchester United fans are becoming sick of saying, ‘we’re waiting for that consistency’, so he’d have to go.”

Meanwhile, Bent also said club captain Harry Maguire should be shown the door at Old Trafford, while Luke Shaw is someone they could potentially sell, too.

Asked how far Manchester United are away from just challenging for the Premier League title, the former striker replied: “Miles away.

“I said five years the other day but maybe eight years.”

Then he was queried on how far away Arsenal, the team he supports, were, and he claimed they are closer to challenging for the title under mMikel Arteta than United are right now.

“Probably around the same, it depends because they are already on their rebuild,” he added.

“I’d say less time than United because we’ve already cleared out some of them.”

And when summing up United’s long road to a 14th Premier League title, he said: “It could be 20 years [between titles].”

Liverpool’s 30-year title gap was then raised and, asked if it could be the same for the Red Devils, Bent added: “Maybe, you don’t know, because I’m sure when Liverpool were absolutely cleaning up, winning everything, they wouldn’t have said it would be 30 years.”