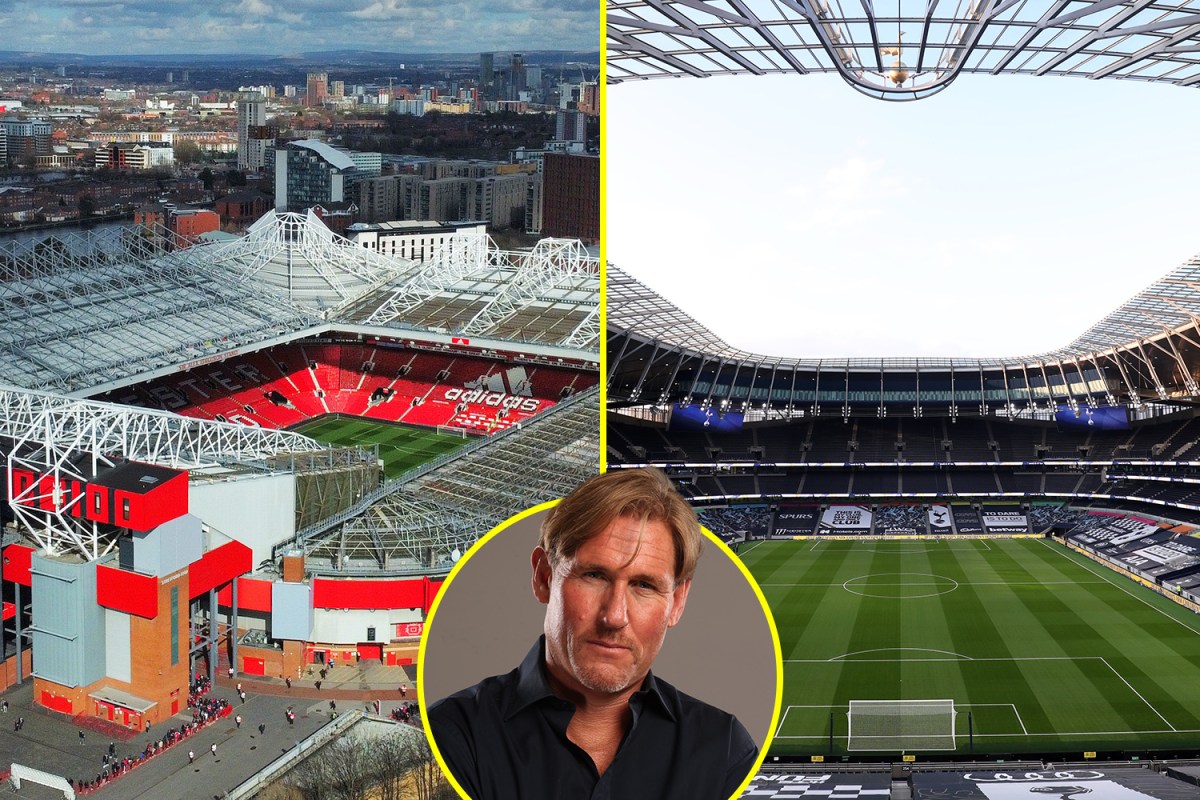 Manchester United supporters should not be opposing plans for a new stadium as Old Trafford is an ’embarrassment’ compared to Tottenham’s ground, insists Simon Jordan.

The iconic home of the Red Devils has seen some tremendous memories, but reports suggest the club consider it in desperate need of a revamp.

Reports in the Mail and Daily Telegraph claim the Red Devils have asked bidders to design three different proposals for what would be the biggest redevelopment in their history.

One of those plans is thought to be a complete demolition of the ground, which has stood for more than 112 years, and currently houses 74,140 spectators.

Should the proposal be approved, a new United ground could rival Wembley Stadium and host 90,000 people.

And ex-Crystal Palace owner Jordan believes it would be a good idea to build a new stadium.

“The argument of the fact that it’s not a functioning stadium as one would like it to be, I understand that was the stick to beat the Glazers with for a while, that they don’t do anything, let alone fix the stadium,” he said on White and Jordan.

“There is almost an embarrassment factor to the fact that Tottenham have a better stadium.

“What happens in the interim whilst they’re building the new stadium on the same site? Tottenham could do it.

“Where are they going to play? Man City? That would be fun wouldn’t it!

“But what I think they’re more likely to do is increase the capacity by building out a particular part of the stadium, fixing the holes in the sky lights, polishing it up, giving it a lick and spit and maybe putting in an extra 8,000 fans in it.”