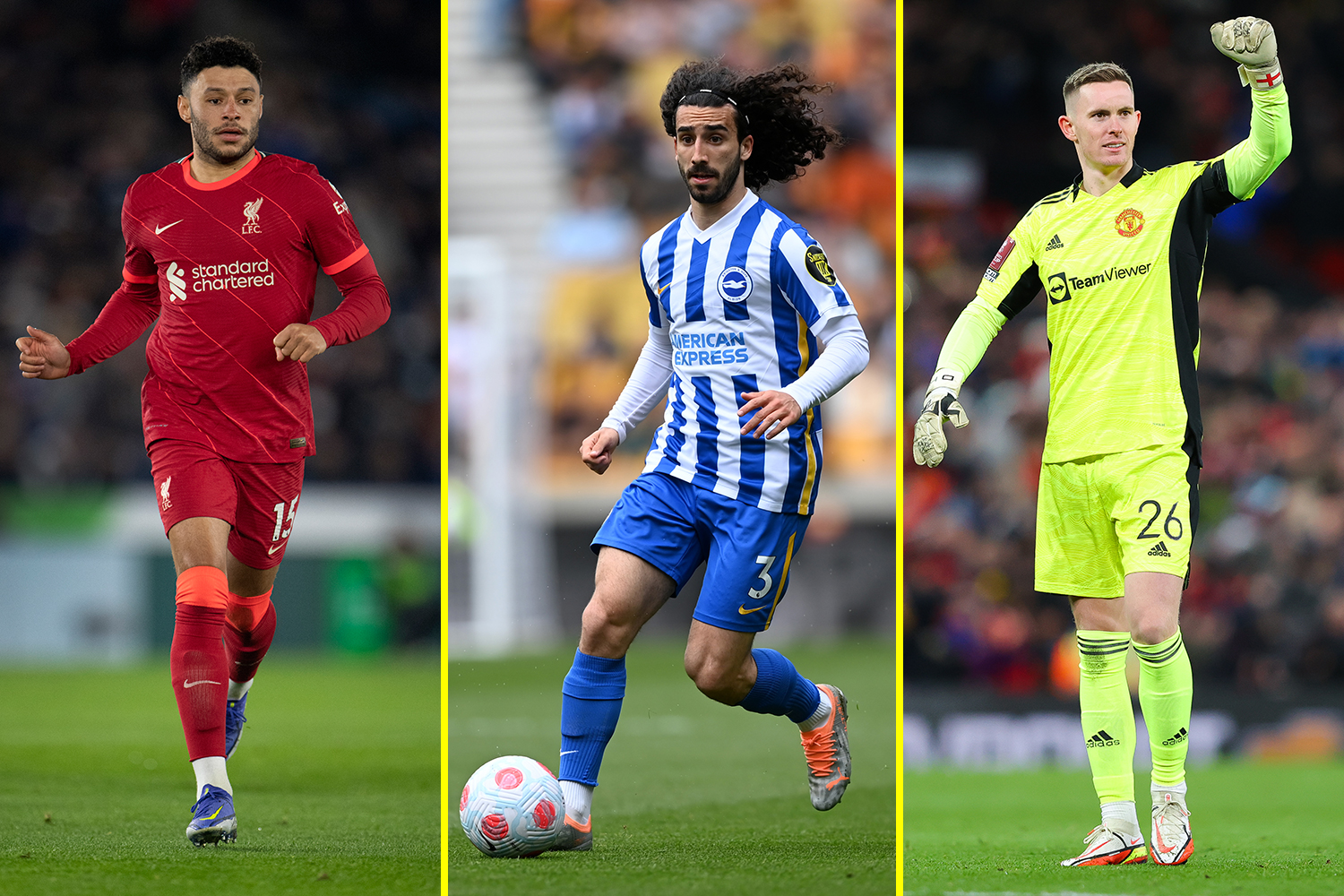 United are short of numbers in midfield after Paul Pogba, Jesse Lingard, Juan Mata and Nemanja Matic were all allowed to leave as free agents.

If Liverpool are willing to accept a knockdown fee of £10million, the Red Devils would be seriously interested in bringing Oxlade-Chamberlain across the north west.

The 28-year-old is also admired by old club Southampton but the south coast side have concerns over his injury records and wage demands.

City have identified Cucurella, 23, as a possible solution to their problematic left-back area.

The Seagulls’ valuation of the former Barcelona youngster may seem excessive, but owner Tony Bloom is a notoriously ruthless negotiator.

Former professional poker player Bloom believes Cucurella is worth just as much as England defender Ben White, who Brighton sold to Arsenal for £50m only last summer.

Chelsea are also keeping tabs on Cucurella but are unlikely to pay big money with Ben Chilwell edging back to full fitness.

Newcastle are on the trail of Switzerland goalkeeper Yann Sommer after cooling their interest in Dean Henderson.

The Magpies want a ball-playing ‘keeper to replace Martin Dubravka as their number one.

Sommer’s contract at German club Borussia Monchengladbach expires next summer and the 33-year-old is reluctant to sign a new deal.

Newcastle have held talks with Henderson’s agent but are unlikely to follow up their interest, leaving the Manchester United star in limbo.

But with David de Gea under consideration to be United’s new captain, he will be relying on the Spaniard picking up an injury to break into United’s Premier League line-up.

Man City to include buy-back on Irish sensation

Gavin Bazunu’s impending move from Manchester City to Southampton will include the champions having the option to buy him back for a significant fee.

City are reluctant to lose the Republic of Ireland international and talkSPORT has been told there was no chance of them agreeing to sell without the safety-net of a buyback clause.

It is believed the buy-back agreement will be similar to the £40m Saints agreed with Chelsea when they bought full-back Tino Livramento a year ago.

Former Portsmouth loanee Bazunu has been promised he will be number one at St Mary’s following Fraser Forster’s departure to Tottenham.