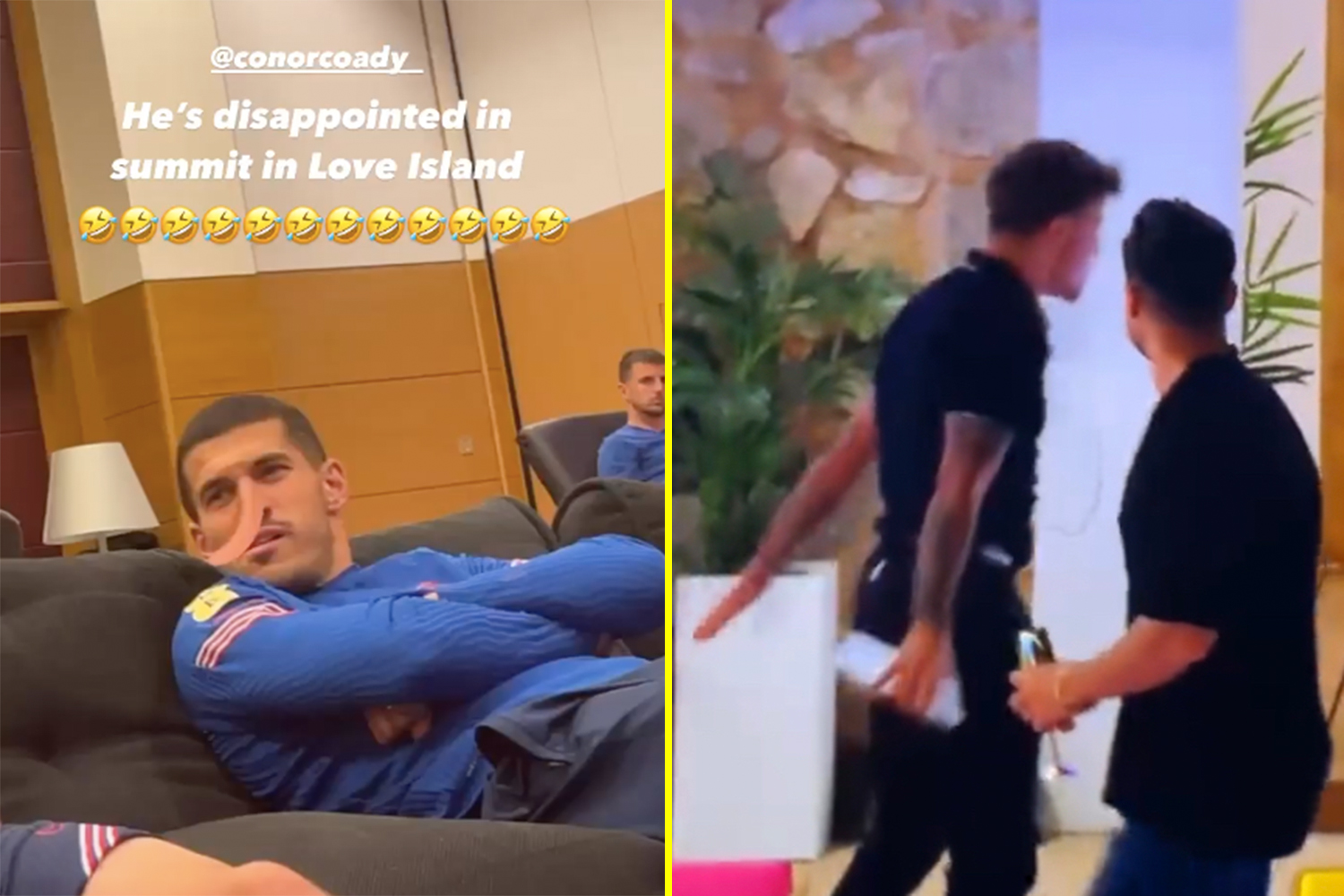 Love Island is back, the nation is once again hooked and the England national team appear to be no different.

The popular ITV2 show started on Monday with the contestants/Islanders entering the villa in Majorca.

The England players are in the middle of their first round of Nations League games with a disappointing defeat to Hungary followed up by a draw with Germany.

The Three Lions will have a chance to avenge their Euro 2020 final defeat on Saturday when they face Italy at Molineaux.

The squad made the most of their down time before that match by taking in a bit of Love Island.

Man City ace Jack Grealish shared a video of Wolves defender Conor Coady reacting to something on the ITV2 show.

With a filter over his face, Grealish wrote: “He’s disappointed in summit in Love Island.”

Maybe he was baffled by the appearance of a Cristiano Ronaldo celebration in Wednesday night’s episode?

Islander Luca Bish decided to do the Manchester United ace’s famous ‘siu’ celebration when the name of a new arrival Ekin-Su was read out.

There has been a decidedly football theme to this year’s Love Island with Michael Owen’s daughter, Gemma, also appearing in the villa.

The former Liverpool and England striker was working as a pundit for the draw with Germany and he was asked about Love Island, before swiftly moving on from the subject.

He said: “I came all the way to Germany to try and avoid all that back home, but it has been brought up straight away!

“But I am feeling alright. This is taking my mind off it so don’t bring it back up.”