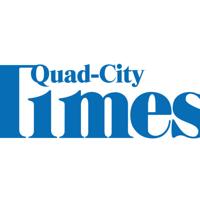 Former Davenport City Administrator Craig Malin, whose 14-year term at Davenport City Hall ended in June after the city council approved a separation agreement with him, will be the new city manager in Seaside, Calif.

Malin was picked after a lengthy selection process, according to a media release from Seaside. His employment agreement is expected to be approved at the Dec. 3 Seaside City Council meeting. He will succeed current city manager John Dunn when Dunn retires in December.

“We’re really excited to have a new manager with such outstanding experience and credentials. We look forward to working with Craig and having him be a part of our community and city family,” Seaside Mayor Ralph Rubio said.

His official first day is Jan. 12.

“I’m honored and excited to be Seaside’s next city manager and look forward to starting work in January,” said Malin, whose starting salary will be $212,688 compared to his base yearly salary of $210,000 for the City of Davenport.

Malin’s tenure at City Davenport City Hall ended in June after the city council in a 9-1 vote approved a “succession, transition and separation” agreement.