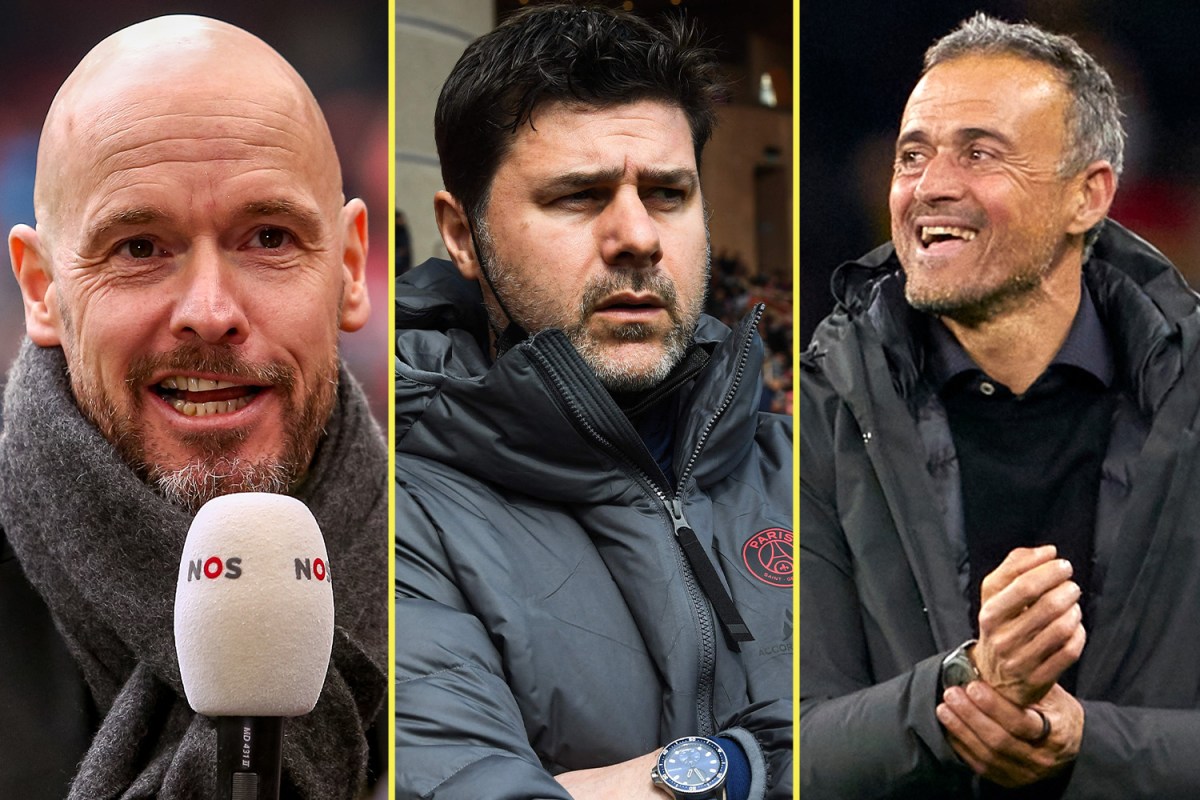 “Manchester United have got to get this one right.”

Few could disagree with this comment made by Rio Ferdinand on talkSPORT.

But the only problem is, what is the correct managerial appointment for the Red Devils?

Man United are on the lookout for a new permanent head coach with interim boss Ralf Rangnick set to move into his consultancy role after the conclusion of the season.

The two main contenders for the post are Paris Saint-Germain boss Mauricio Pochettino and Ajax manager Erik ten Hag, with the Dutchman understood to have a marginal advantage in the race.

Ten Hag has played a key role in restoring Ajax’s status as Dutch champions, while the team made up of players from their famed academy threatened to conquer Europe having made the semi-finals of the Champions League in the 2018/19 season.

“None of us have got the answer on who the definite person is,” Ferdinand told talkSPORT.

“There will be shouts for people like Pochettino and Ten Hag – they’re the two frontrunners that people are talking about.

“There’s not a Pep Guardiola out there. When Man City were looking for a manager, he was the go-to guy, you’ll get 100 per cent certainty in your own mind that he’s perfect.

“I think it’s a very difficult one but it’s a very significant one… they’ve got to get this one right.”

However, Man United might have the decision made for them if Ten Hag is to take on board recent comments by Louis van Gaal, who was in the Old Trafford hotseat for two years.

“Erik ten Hag is a great coach and that is always good for Manchester United,” Netherlands boss Van Gaal said.

“But Manchester United are a commercial club, so it’s a difficult choice for a coach. He would be better going to a football club.

“I’m not going to advise him, he’ll call me himself. But he must choose a football club and not a commercial club.”

Ten Hag pulling out of the race would seemingly put Pochettino in pole position for the job, however, other names including Luis Enrique shouldn’t be written off.

It’s reported the former Barcelona boss ‘has many admirers at Old Trafford’ and is in contention, but is behind Ten Hag and Pochettino in the race.

So who will be Man United’s manager next season? Your guess is as good as ours but the hunt is certainly gathering pace.