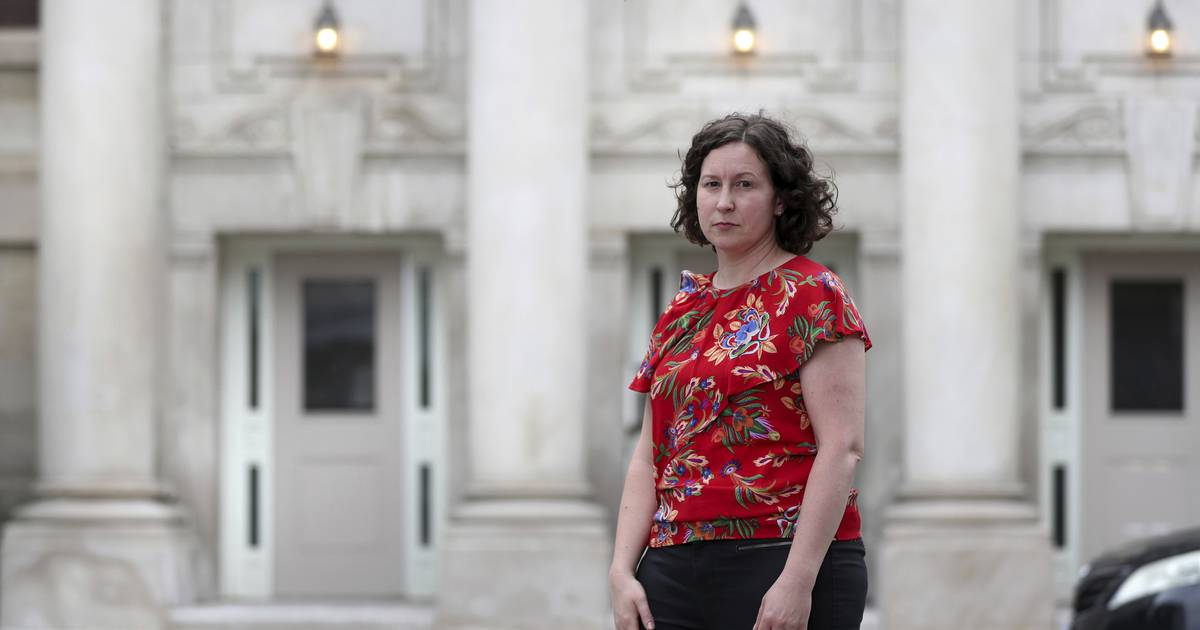 Despite a campaign to save her job, Coonley Elementary librarian Nora Wiltse received a pink slip Friday after 14 years at the North Center school. Local School Council members say Chicago Public Schools did not give Coonley enough money to avoid “very upsetting” cuts.

“She said she didn’t want to bother me during family time. And I said, ‘No, I would really like to talk. I’ve been waiting for this phone call for a very long time,’ ” said Wiltse, who has known for weeks her job was in jeopardy.

Humphrey did not immediately return a Tribune request for comment. Wiltse, a CPS librarian for 19 years, received an electronic letter Friday from the district informing her that her position won’t be available for the coming school year. She will be placed in a pool with other displaced teachers to vie for a new position.

“I’m really hoping that this isn’t the end of CPS for me because it would just be a really heart-wrenching way to leave a district that I thought I was going to be in for 30 years,” Wiltse said. “I’ll just have to see if anyone will hire me.”

The news comes days after CPS unveiled its proposed $9.5 billion budget for the 2022-23 school year. The budget draft includes $4.6 billion in school-level funding, an increase of more than $240 million from this school year. The district said it plans to add about 1,600 full-time positions as well. It’s unclear how many CPS staff members like Wiltse have been told their positions have been eliminated.

The Chicago Teachers Union called the budget proposal “unacceptable” because it comes with cuts to schools and classrooms. The Chicago Board of Education is slated to vote on the budget at its June 22 meeting.

Wiltse has been expecting bad news for weeks. At a Coonley LSC meeting in April, it was revealed that three positions were on the chopping block, with the 900-student school losing 9% of its student population from the last school year to this one.

About 50 people — including Ald. Matt Martin, 47th — gathered in Coonley’s gym Tuesday for a 40-minute discussion about Wiltse during the school’s LSC meeting. Several attendees offered support for her as she sat in the back.

“I think that we need to find a way to keep fighting for this,” first grade teacher Kathryn Heineman said as she addressed the LSC and called for unity among parents, teachers, community residents and LSC members. “You guys don’t want to get rid of the librarian, right? Nobody wants that.”

Martin Ritter, a CTU political organizer, noted Wiltse’s accomplishments. The American Library Association honored her with an award two years ago for her work raising awareness of CPS cuts to library positions. Wiltse, who was on CTU’s bargaining team during the 2019 contract negotiations, is also nationally board certified.

CPS says on its public budget website that Coonley’s proposed budget is $8.76 million. Coonley ended up with a budget for $8.99 million this school year, according to figures the district posted online.

The LSC said it recently wrote a letter about the budget to elected officials, CPS CEO Pedro Martinez and the board of education. LSC chairperson Brooke Roark also decried the district’s budget formula at last month’s board meeting.

“The funding that we are supposed to enrich our children’s lives with is not enough,” Roark said at Tuesday’s LSC meeting, later adding: “We took a huge hit, and it’s upsetting when we have children that are in special ed who don’t have a case manager and a counselor to do what is required by law.”

Like many other CPS schools, Coonley relies on fundraising to help fill the gaps. The Friends of Coonley announced Thursday it had surpassed its goal of raising $200,000 the group says will help provide support for students through smaller class sizes, social-emotional resources and technology learning.

Wiltse, meanwhile, will continue to receive her $97,780-a-year salary and benefits, according to the district’s letter. After 10 school months, tenured teachers not appointed to a new position are “honorably terminated.”

Wiltse said she appreciates all the support she has received over the last several weeks. An online petition to save her job garnered more than 600 signatures. She said she was moved by those who spoke in her favor Tuesday at the LSC meeting — and compared it to a eulogy.

“I don’t think every teacher gets an opportunity to hear from students and parents that they have impacted. I felt really grateful for that opportunity,” Wiltse said. “And I feel like that’s something that I’ll always have.”