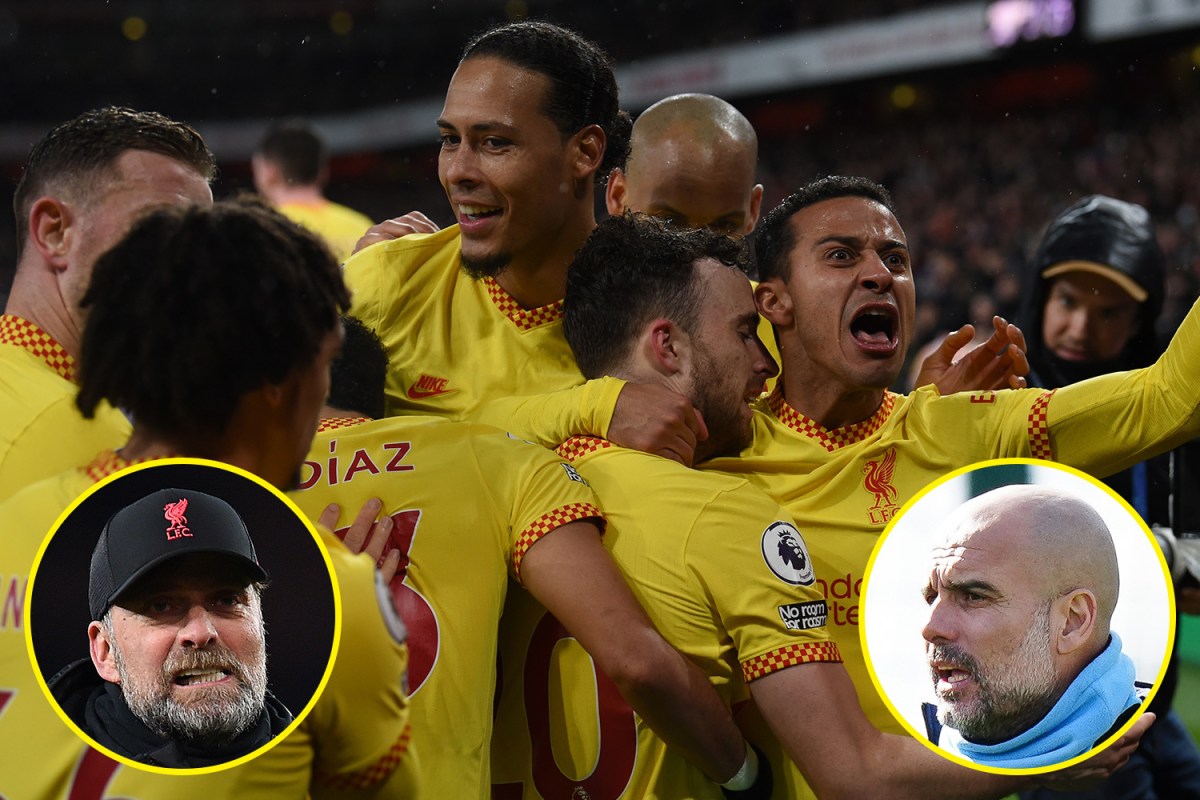 Liverpool are now ‘slight favourites’ over Manchester City in the title race, former Chelsea man Jason Cundy has claimed after the Reds’ win against Arsenal on Wednesday night.

Goals from Diogo Jota and Roberto Firmino saw Jurgen Klopp’s side secure hard-fought 2-0 victory at the Emirates as they overcame a tough test to close the gap on the league leaders to just a solitary point.

“Credit to Liverpool, that’s a stellar performance,” Cundy said on The Sports Bar after the final whistle.

“Against one of the in-form teams by the way. Arsenal are one of those sides right now that are hitting the straps. Great win.

“They’re not going away. They should, but they’re there, and they’re still there.

“I think Liverpool right now, I think you could slightly have them as favourites.

“There’s a point in it and it could come down to that game in a couple of weeks at City.

“If City win that then you can make a very good case that the title race really should be over.”

Liverpool and City both have nine games left to play in what’s proving to be an enthralling title race.

The two sides are set to meet at the Etihad Stadium on April 10 in what may well be a season-defining clash.

Liverpool were able to close the gap after City dropped points in a 0-0 draw at Crystal Palace on Monday night.

Asked whether he thought Pep Guardiola overthought his tactics, Cundy continued: “The way he made no changes in 90 minutes is beyond me.

“Change it, freshen it up, give them something different to think about.

“As soon as they scored tonight, Liverpool, he [Klopp] brings off Diogo Jota.

“He brings him off, brings on Mo Salah, brings on Roberto Firmino, then Firmino goes and scores.

“I’m not saying that was the difference between the two sides, of course it wasn’t, but I’m surprised that Pep kept it for as long as he did.

“And I just wonder now whether Liverpool – I would say right now, just, very slight favourites.”