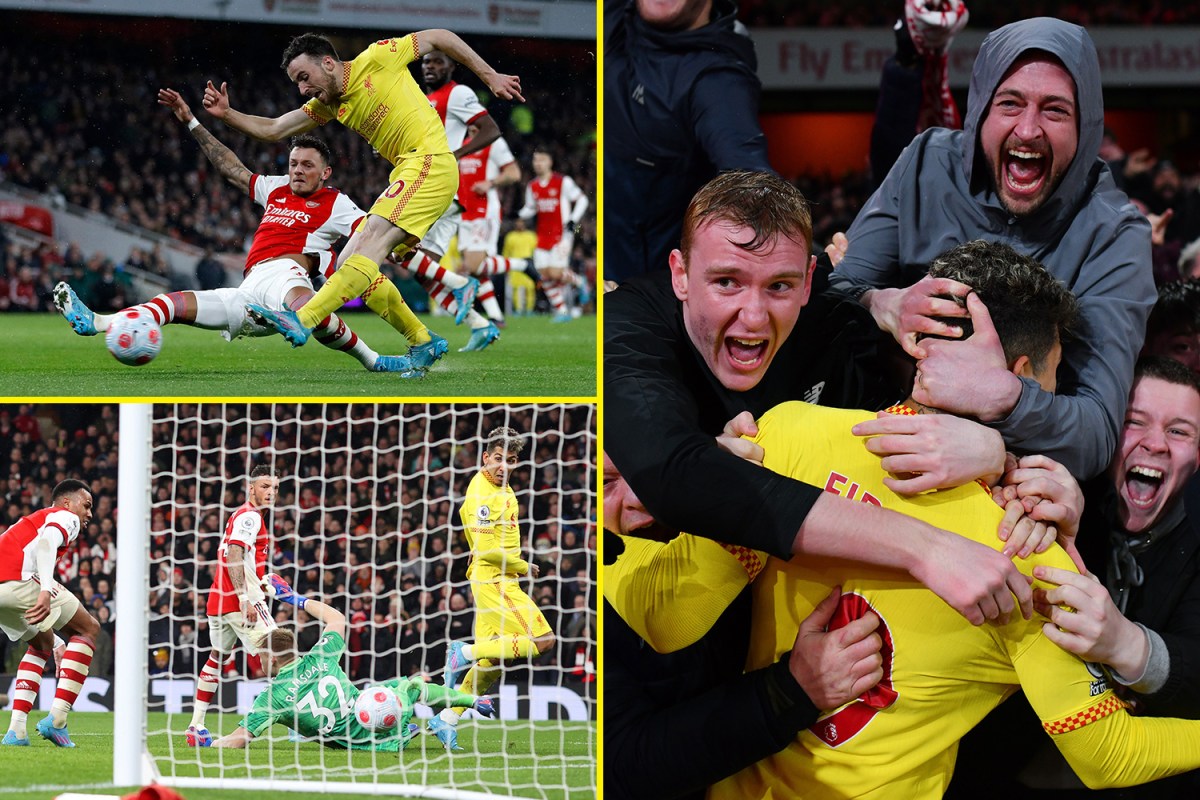 Liverpool are just a point behind Premier League leaders Manchester City as they claimed a 2-0 win at Arsenal.

Goals from Diogo Jota and Roberto Firmino in the second half sealed a ninth straight win for Jurgen Klopp’s men and boosted their title credentials even further.

Arsenal held their own in the first half and should’ve taken the lead early in the second half but Martin Odegaard’s effort was saved by Reds goalkeeper Alisson after Thiago Alcantara inadvertently played the ball to Alexandre Lacazette with a dreadful backpass.

And the hosts were made to rue missing that golden chance as Jota fired Liverpool ahead moments later – the strike his seventh goal in his last seven outings against the Gunners.

Substitute Roberto Firmino sealed the win with his ninth goal against Arsenal – a deft finish from close range as he got on the end of Andy Robertson’s low cross.

Mikel Arteta’s remain fourth despite the defeat and they still have two games in hand on fifth-placed Manchester United.

Arteta conceded on the eve of the game that his team are not quite at the level of those at the top of the Premier League and being clinical in front of goal appears to be one of the contributing factors, if these 90 minutes were anything to go by.

Early Liverpool pressure saw Virgil Van Dijk force a low save out of Aaron Ramsdale with a free header from a corner.

With rain pouring down it was a blood and thunder contest but the first half was one of few chances, Gabriel Martinelli and Thomas Partey shining for the hosts.

Liverpool’s forwards were getting very little out of the Arsenal back line but Sadio Mane missed a presentable chance to open the scoring on the stroke of half-time.

He also had the ball in the net soon after the interval but the celebrations were cut short as he was correctly adjudged offside.

While Arsenal had created little, they had a short spell of dominance which should a yielded a better return, Alisson making a fine save from Odegaard after an errant Thiago backpass had been collected by Lacazette.

Bukayo Saka forced Alisson into another save from the resulting corner, with Jurgen Klopp seeing enough to ready Mohamed Salah and Firmino.

Before they had a chance to enter the fray, however, Liverpool hit the front as Thiago’s slide-rule pass found Jota, who finished low past Ramsdale – the Arsenal goalkeeper no doubt disappointed to be beaten at his near post.

The two substitutions still took place, Jota one of those to be replaced immediately after breaking the deadlock, but Klopp’s decision was soon vindicated.

Firmino cut a ball across the box which ultimately saw Salah denied by a combination of Gabriel Magalhaes and Ben White but Liverpool kept the pressure on and Firmino’s smart finish from Andy Robertson’s cross doubled the lead.

Arsenal had no response to the double as Arteta introduced Emile Smith Rowe, Nicolas Pepe and Eddie Nketiah from the bench.

Martinelli nearly capped a fine personal display with a late goal but bent a shot just inches wide of Alisson’s post as Liverpool saw out the closing stages to move up on the shoulder of City.