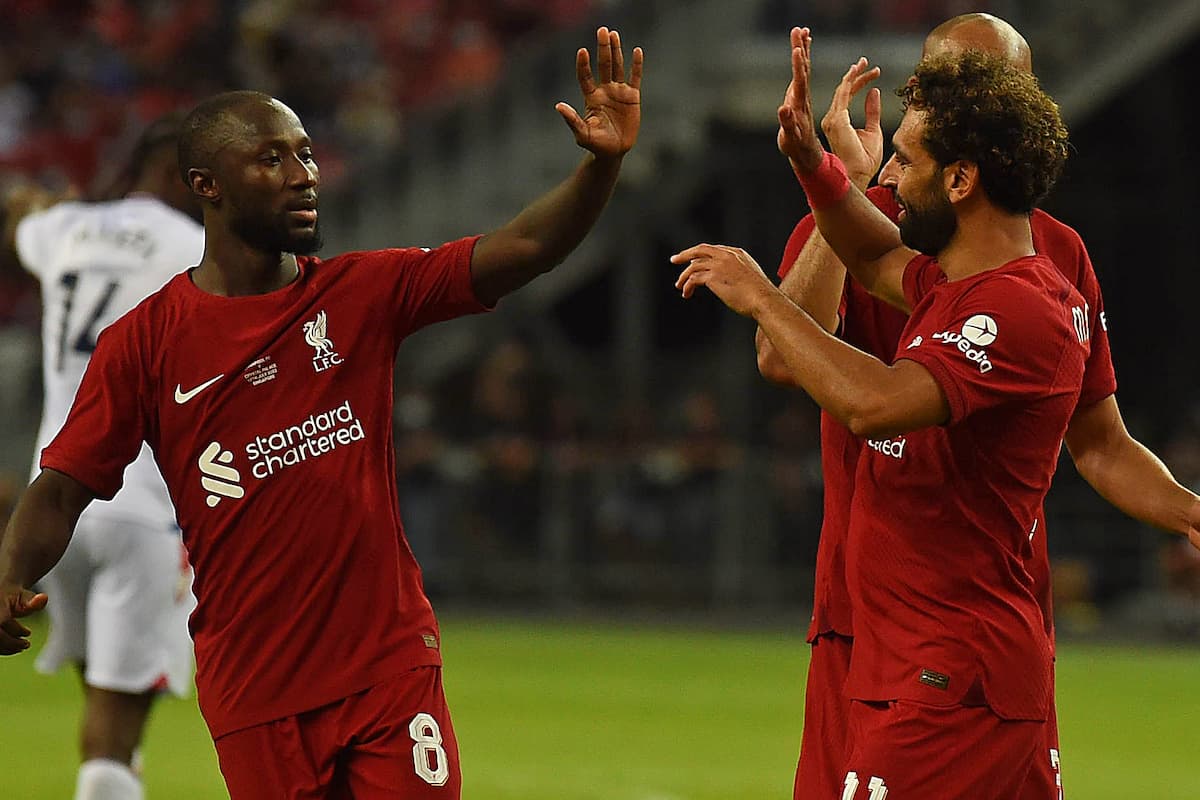 As injuries continue to deplete the Liverpool ranks, much of Jurgen Klopp‘s lineup against Man United is already known, though there is at least one call to make.

The Reds head to Old Trafford on Monday night without a host of key players, including Thiago, Ibrahima Konate, Diogo Jota and the suspended Darwin Nunez.

It is an increasingly difficult situation for Klopp, but one that he will hope underlines the quality in depth he has within his extended squad.

After back-to-back draws with Fulham and Crystal Palace, the meeting with United – who themselves have lost to Brighton and Brentford so far – is an opportunity for Liverpool to make a statement.

Much of Klopp’s preparation for this will rest on who starts in midfield.

From Klopp’s Friday press conference and a training session on Saturday, we know the following:

Sadly, the buildup to Liverpool’s trip to Old Trafford has come with a backstory of claims over Naby Keita‘s situation at the club.

Sources in Germany have suggested that Keita is “unhappy” and, despite Klopp himself stressing that he had not been told of any desire to move, further reports have claimed that a decision could hinge on his role against United.

The manager is unlikely to be influenced by outside pressures, but there is certainly a chance that the No. 8 could make his first start of the season on Monday:

Those changes to the side from the draw with Palace would see Liverpool line up like this:

However, it cannot be overlooked that Harvey Elliott and James Milner have been among the top performers in these opening weeks of the season.

There is certainly cause to argue that it is instead Fabinho whose position should be in question, following a sloppy start to the campaign, though it is unlikely the Brazilian will be dropped:

That would see Liverpool set up as below:

The Keita situation is an unwanted sideshow for Liverpool, but faith must remain in Klopp’s relationship with the player if he is called on to start.

Elsewhere, this Monday night kickoff serves as a big opportunity for Gomez and Firmino, who have dropped down the pecking order in recent seasons but are now required to perform in a high-profile tie.

It may not have been a positive start to the campaign for the Reds, but there should be confidence in their ability against United.