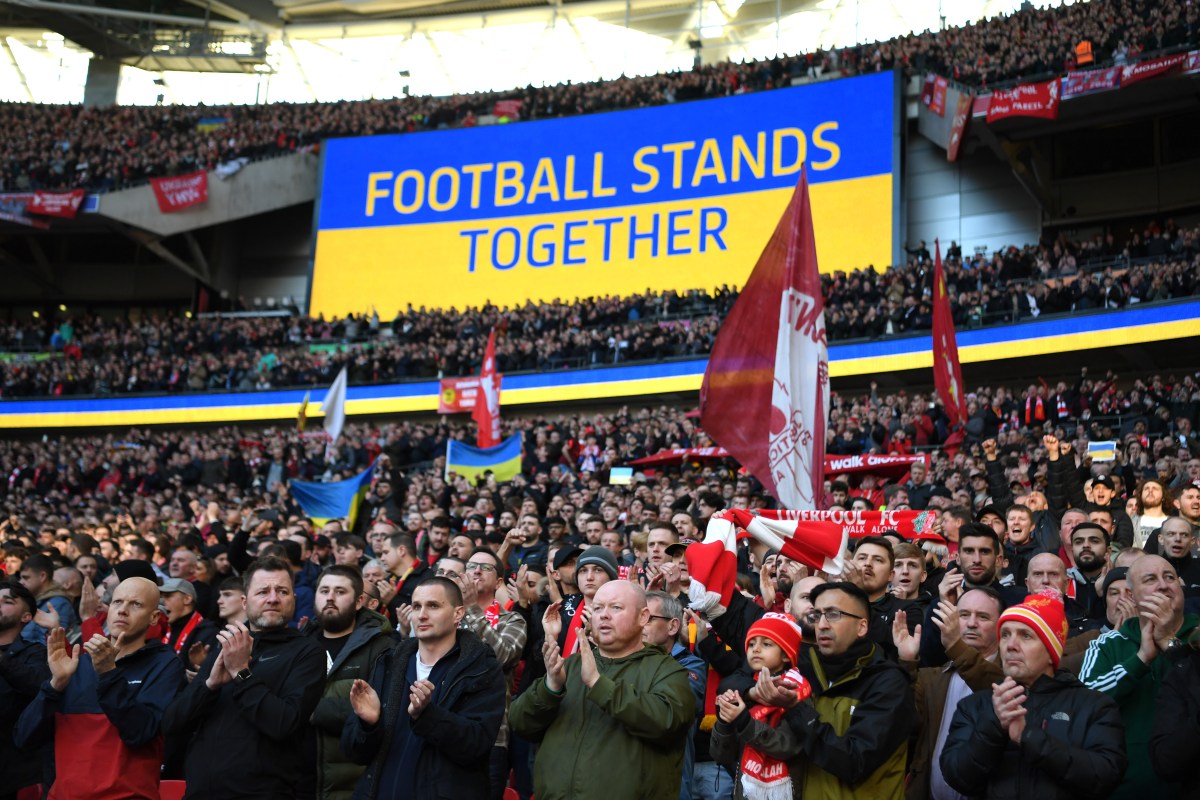 Liverpool supporters sang ‘You’ll Never Walk Alone’ as they and Chelsea fans rose to their feet to applaud in tribute to those suffering during the Russian invasion of Ukraine.

In moving scenes, everyone inside Wembley Stadium stood up and clapped to show solidarity.

Russia’s actions in eastern Europe have been condemend across the globe.

Football clubs and supporters have been particularly vocal with many Premier League clubs, and more around the world, showing their support for Ukraine.

It was particularly notable at Everton vs Man City where Toffees players ran out holding Ukrainian flags, and City stars wore shirts, as they rally behind players Oleksandr Zinchenko and Vitaliy Mykolenko.

Prior to kick off at the Carabao Cup final, towards the end of the applause, Liverpool fans started singing their famous anthem, which usually precedes kick-off.

It was a moving moment as everyone across the globe hopes for peace to break out.

And moments before kick-off, both sets of players came together as well, with blue and yellow wreaths next to them.

Manchester United and Watford players also did the same yesterday when Ralf Rangnick brought both sets of players together.

A message was also held by the interim manager that said ‘peace’ in six different languages.