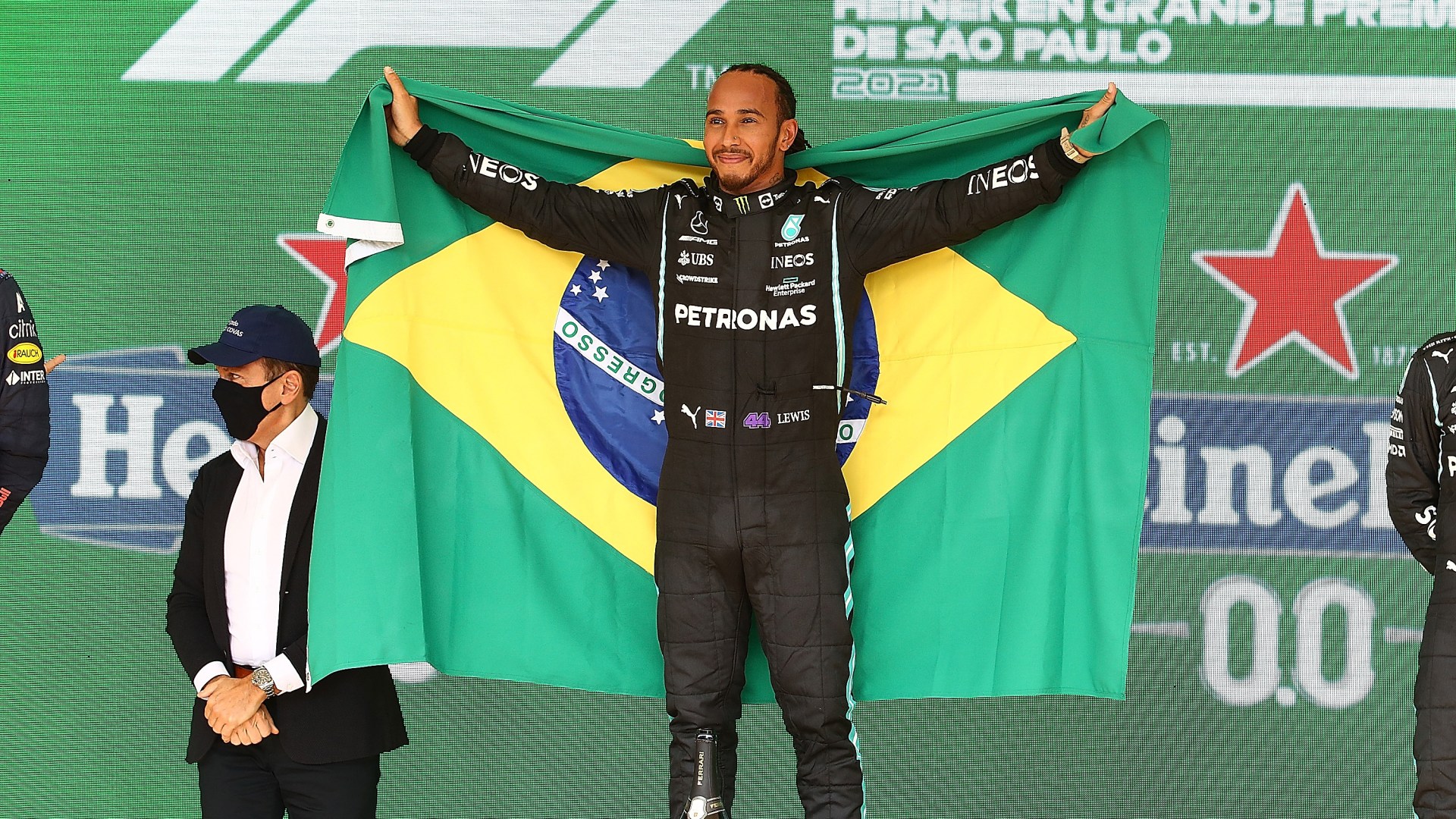 Lewis Hamilton was left ‘speechless’ and was even congratulated by football icon Pepe after the Formula 1 legend was awarded with honorary Brazilian citizenship.

Hamilton is one of his country’s greatest sportspeople and one of the greatest F1 drivers in history, but it’s not just his home nation that has a strong affinity for the seven-time world champion.

After being inspired by late Brazilian great Ayrton Senna – who won 41 Grands Prix and 65 pole positions in his career – Hamilton has always had a connection with the South American country.

The 37-year-old Mercedes driver is currently preparing for the Azerbaijan Grand Prix.

But he already has something to celebrate this weekend before his car’s tyres have even touched the track, as Brazil have confirmed he is now an honorary citizen.

Hamilton has already been knighted by Prince Charles this year and, on Thursday, the lower house of Brazilian Congress voted and passed a bill to give another honour to the English star after a short ten-minute debate.

Hamilton won his first world title in the country back in 2008 – so Brazil has a special place in his heart.

“Speechless,” the Mercedes driver wrote on Instagram after the announcement.

“Today I was granted honorary citizenship to one of my favourite places in the world. I don’t really have the words right now.

“Thank you Brasil, I love you, I can’t wait to see you again.”

A date is yet to be announced for the formal delivery of Hamilton’s citizenship.

However, he has already been congratulated by iconic Brazilian footballer, Pele.

“I am happy that, from now on, I can consider you a countryman.”

Hamilton’s honorary citizenship joins the long list of other accolades the F1 superstar has earned throughout his career, including off-track recognition for his involvement in tackling issues such as racism.