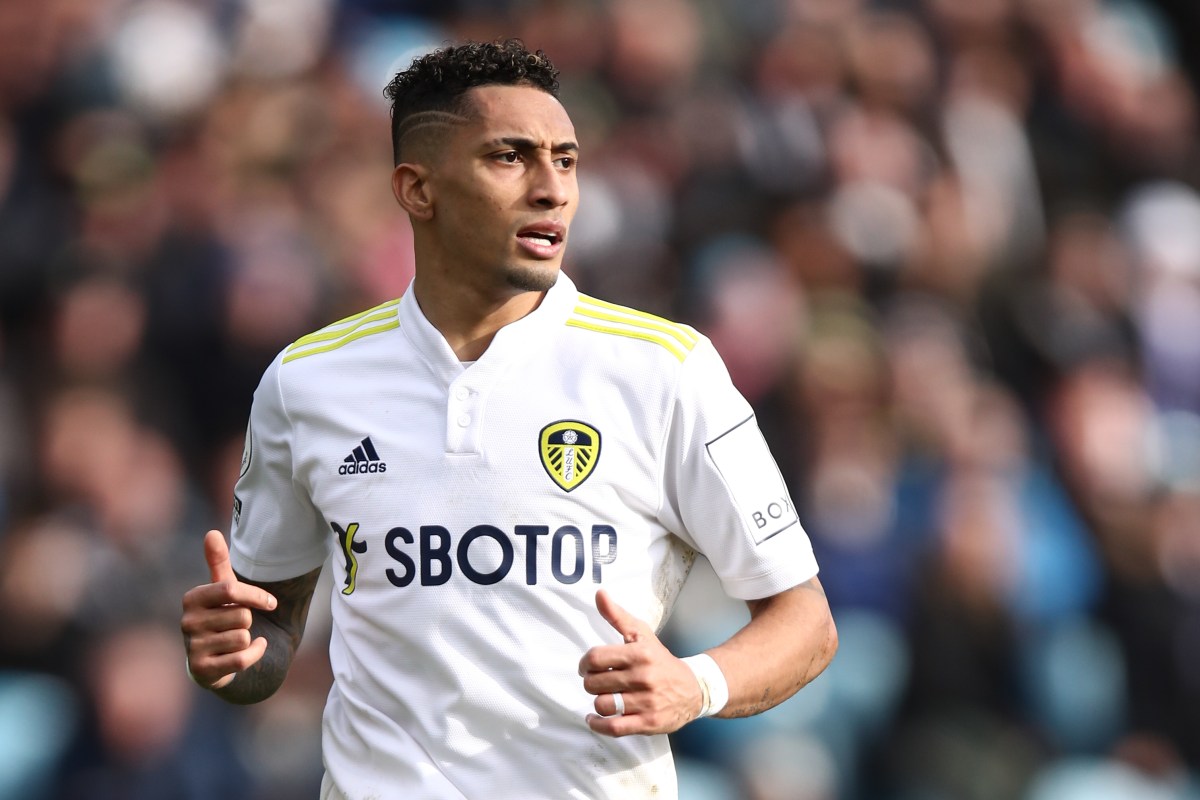 Leeds could lose star man Raphinha for just £25million if they are relegated from the Premier League this season.

That’s according to transfer guru Fabrizio Romano, who says that the Brazillian winger has a £25m relegation release clause.

Jesse Marsch’s side are seven points clear of the drop zone, but they have played more games than the teams below them.

Romano goes on to say that, even if they do survive relegation, he would be able to leave for a heftier £75million.

He was signed from Rennes for just £17million in 2020 and has been a crucial part of their side since then, scoring 15 goals and assisting 12 since arriving in Yorkshire.

LaLiga giants Barcelona are reportedly interested in the South American, but Romano states that they are waiting to see if Leeds are relegated or not to make their move.


Koscielny retires with ex-Arsenal captain ‘shocked’ by accusations of racism

He adds that personal terms are not believed to be an issue, with Raphinha keen on a move to Spain to play under Barca boss Xavi.

Xavi’s former teammate, Deco, is the player’s agent, with the ex-midfielder helping to strike a deal with his old club.

Personal terms not an issue. Barça are in advanced talks with his agent Deco since February.

Barcelona are not the only club who would likely be vying for his signature with plenty of interest from within the Premier League.

It has previously been reported that both Liverpool and Man City were monitoring the winger.