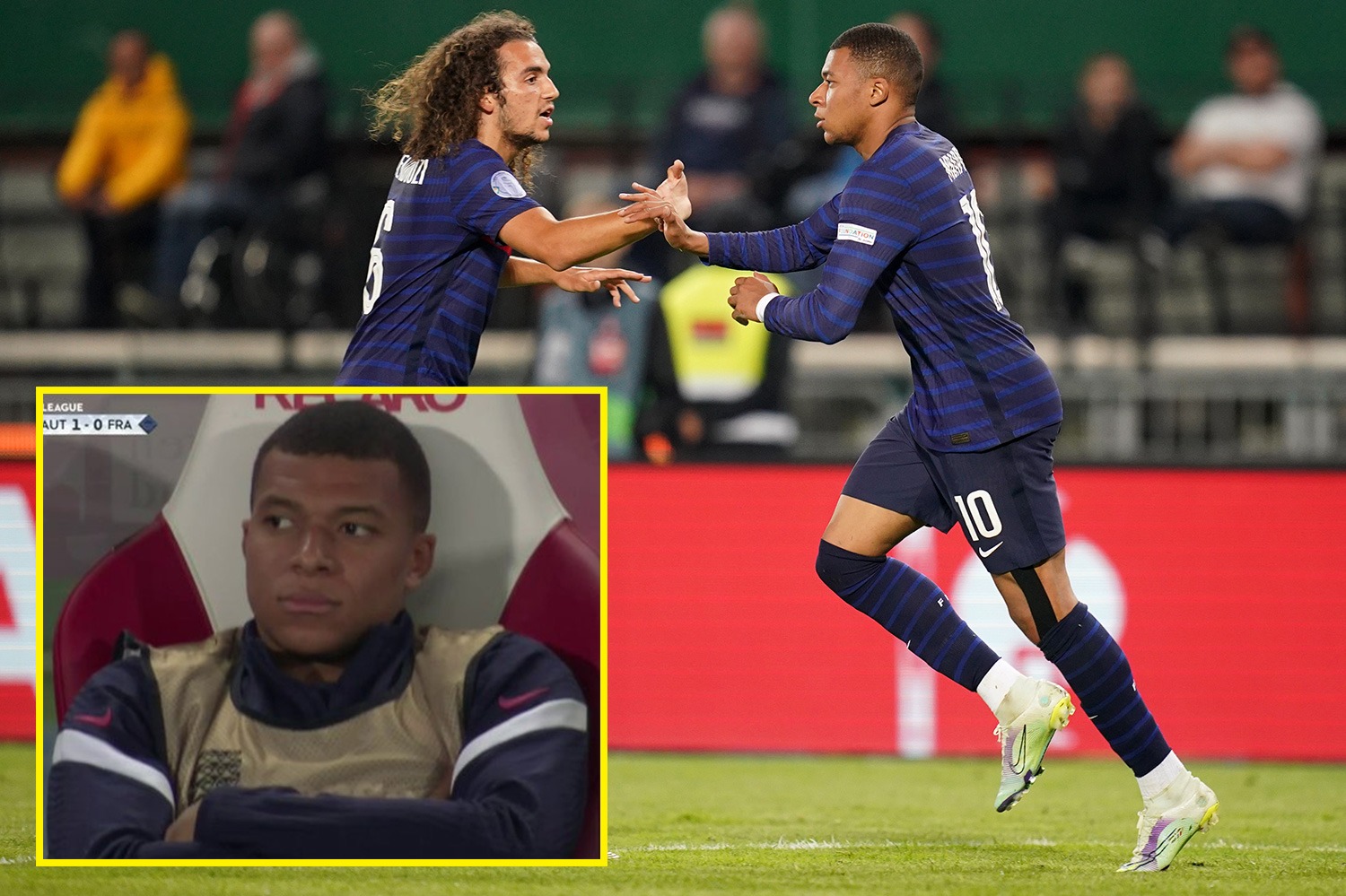 Kylian Mbappe was pictured frustrated on the France bench as they went 1-0 down to Ralf Rangnick’s Austria – before he came on to score his nation’s equaliser.

The Paris Saint-Germain forward, who recently signed a new deal with the club despite coming close to a move to Real Madrid, started as a substitute for the Nations League clash.

It was a well-worked goal from Rangnick’s side, who seemed to have already gotten to grips with the way their German boss wants to play.

That’s something that Manchester United supporters may struggle to believe, after his unsuccessful spell as interim boss of the Red Devils last season.

Real Madrid’s new £100million man Aurelien Tchouameni started in midfield for Didier Deschamps’ side, but couldn’t do much about the goal.

One man Real missed out on was sat on the bench, however, and he didn’t look too happy when they went 1-0 down.

And it was made even worse when Real striker Karim Benzema came and sat next to him on the bench, which looked a lot less awkward than some might have imagined.

But the PSG man was soon on the pitch and it took him just 20 minutes to find the back of the net to make it 1-1,

It was the 10th goal he’s scored in his last seven games for France, so it was a slight surprise when he didn’t find a winner.

It leaves Les Bleus bottom of their Nations League group after three games after a defeat to Denmark and draw with Croatia.