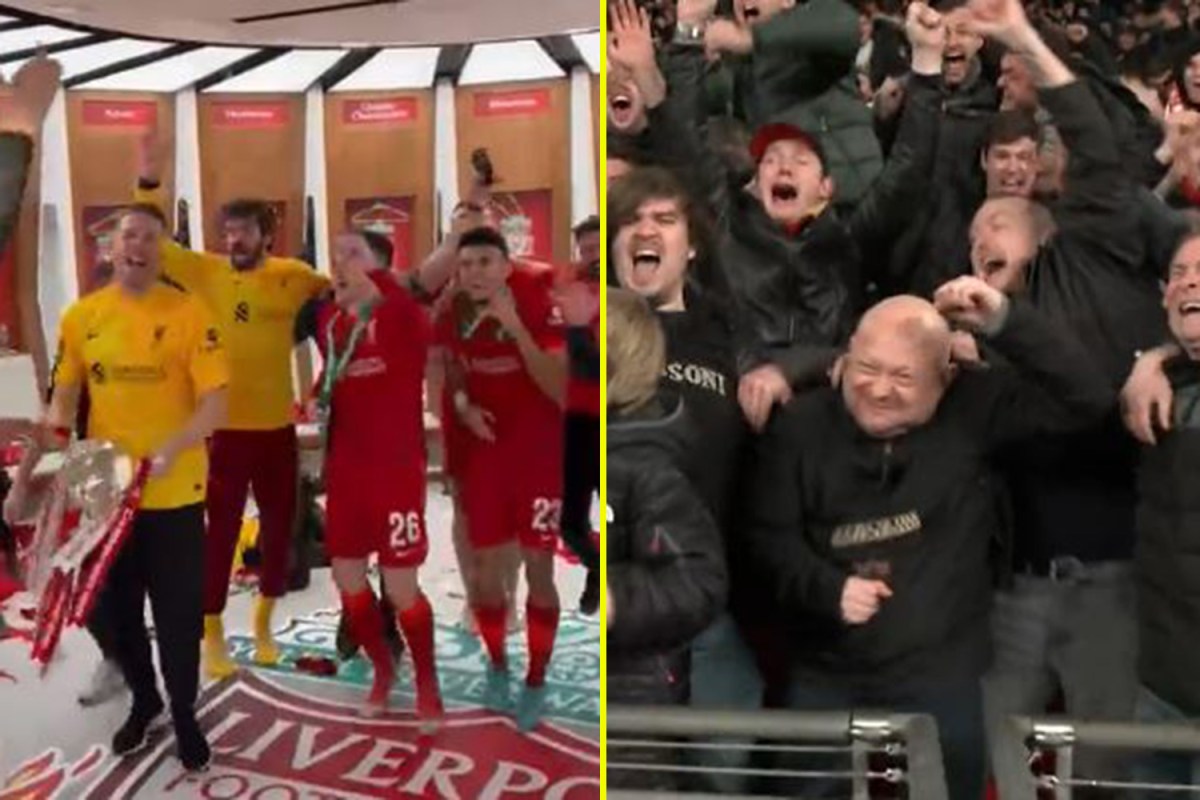 It was incredibly nail-biting but Liverpool are Carabao Cup champions, winning the competition for a record ninth time.

In a drama-filled encounter at Wembley, the Reds edged past Chelsea in a nerve-shredding penalty shootout after neither side could get a goal in 120 minutes of football.

There were tears before the match started as Thiago Alcantara was forced to withdraw from the starting line-up as he pulled up with an injury during the warm-up.

The feelings were then frantic as both sides missed a host of chances, while both Liverpool and Chelsea had the ball in the net only for the four goals to not be awarded.

But those feelings then turned to elation for Liverpool as they ran out winners.

The celebrations are well and truly under way with the players dancing in the dressing room with the trophy – Kostas Tsimikas showing his very unique moves in the video above.

Manager Jurgen Klopp did his own dodgy dad dancing on the pitch, while a lucky young fan was invited to lift the trophy with the team.

Below you can see the best pictures and videos in the aftermath of Liverpool being confirmed Carabao Cup winners.


OFFER OF THE DAY