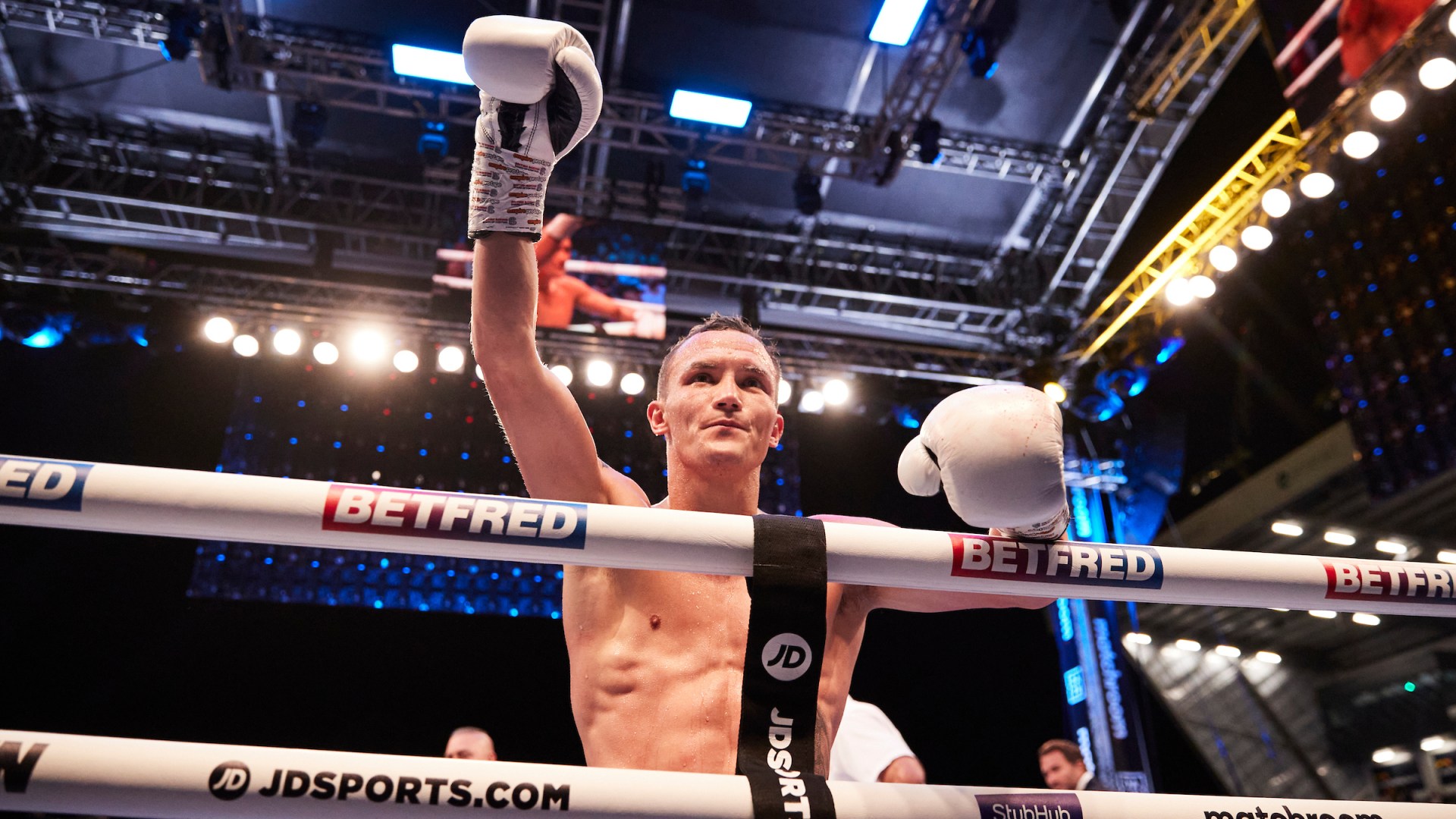 With a world title belt strapped around his waist, the world is Josh Warrington’s oyster, but at 31-years-old, time is off the essence and he has made his future ambitions very clear.

Fans have been calling for Warrington to travel to Nottingham to take an all-British world title unification fight with Leigh Wood, who has been in incredible form of late.

For the time being, however, that will have to wait, as in his most recent victory over Kiko Martinez, Warrington suffered a broken jaw that will take a considerable amount of time to recover from.

Wood is also occupied with the mess that the WBA have created in the featherweight division, as he is the ‘regular’ champion, while Santa Cruz is the ‘super’ champion, despite having not fought at 126 lbs since 2019 and so that debacle will need to be sorted first.

With that being said, it does not seem that a clash with Wood is Warrington’s preferred option anyway, as he told talkSPORT, “I’ve said for a long time I want to go to the States and emulate what Ricky Hatton has done, going over to Vegas and New York, places like that.”

This is in reference to the fact that Hatton was famed for his ‘away days’ over in the States, taking with him a legion of Mancunian fans to fight the best of his era such as Floyd Mayweather Jr and Manny Pacquiao.

In terms of an opponent, there is the obvious option of Mauricio Lara, who handed Warrington a shock defeat last year, which ‘The Leeds Warrior’ is yet to avenge.

There are also the likes of Santa Cruz and Shakur Stevenson who seem to appeal to Warrington as potentially lucrative foes.

“[Santa Cruz] is a big name, a household name and he was a world champion well before I was.

“When I won the world title, the names being thrown about were Gary Russell Jr, Leo Santa Cruz and Oscar Valdez. Obviously Valdez has moved up and Gary has recently been beat, but Santa Cruz is still hanging about at featherweight.

“A lot of my followers know who Santa Cruz is and he’s a bit of a name over in the States so it would work.”

Shakur Stevenson was another name Warrington expressed interest in, saying that the American would probably go on to conquer a number of divisions, but he is still up for the challenge.