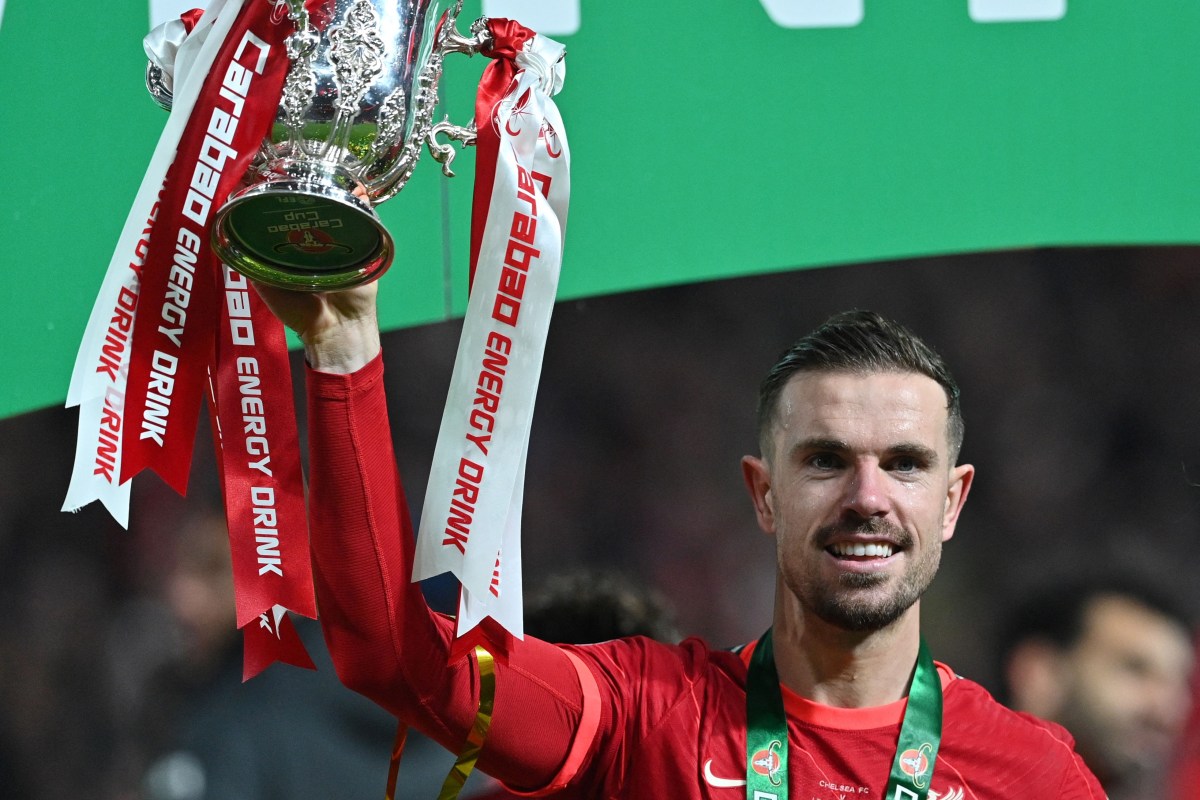 Jordan Henderson has refused to quash quadruple and vowed Liverpool will attempt to win every game for the remainder of the season.

The Reds captain helped his side secure their first piece of silverware of the season as they beat Chelsea in the Carabao Cup final on penalties.

Although there were no goals in the match, it was an enthralling cup final that saw both sides create numerous chances.

Unsurprisingly, it was a goalkeeper who would make the headlines as Kepa Arrizabalaga, a substitute for Edouard Mendy, was the man to cost the Blues the cup by missing their 11th and decisive spot kick.

Liverpool won’t have the miss in their minds though and will be thinking about the fact they have got their hands on the trophy for a record-breaking ninth time.

Winning the cup could be the start of a very special season for Jurgen Klopp’s side, who are still in contention to win three more trophies.

In the FA Cup they will take on Norwich in the fifth round, they are six points behind Man City in the Premier League with a game in hand, and have one foot in the quarter-finals of the Champions League, having beaten Inter Milan 2-0 in the first leg of the tie.

Speaking to talkSPORT post-match, Henderson was asked about winning all four trophies, but insisted that his team will taking things step-by-step.

“We’ll take each game as it comes, yes we’re delighted with the win and we’ll enjoy tonight, but tomorrow it’s then about the business.

“We’ve got a tough game in midweek in the FA Cup and we just take each game as it comes.

“At the start of the season, you never set out to go for certain trophies and not go for them.

“We’ll take each game, not matter what competition it is, take each game at it comes, go for every single game and it’s worked okay so far.

“So hopefully we can just continue on that road and in the near future, hopefully there’s more trophies to be won.”