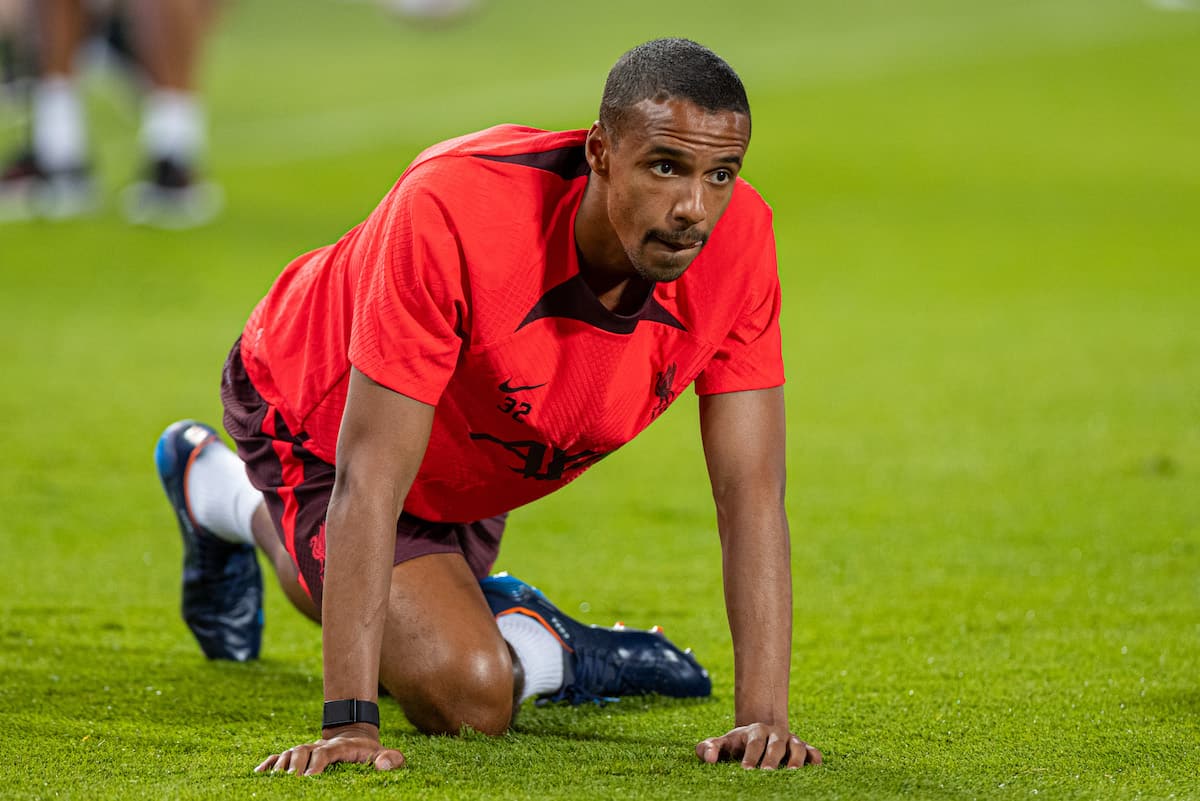 Joel Matip is one name on a lengthy injury list for Liverpool and his absence is to be longer than first expected, as Jurgen Klopp gave an update on the “strange” issue.

After the draw against Crystal Palace, Klopp reflected on the week Liverpool had experienced as one “that was like we had a witch in the building” as one injury followed another.

Matip fell victim to a groin problem, a muscle strain that the manager initially revealed would keep him out of action for up to two weeks.

That prognosis was discussed straight after the match at Anfield, but just days later as Klopp previewed the trip to Old Trafford, that timeline was extended.

“Joel now, that was strange as well,” Klopp told reporters as he reflected on Liverpool’s injury list.

“How it happened, didn’t feel anything in training, walked in then said ‘yeah, there is something’ and then out for, I don’t know, three weeks, four weeks, whatever.”

An innocuous injury rarely bodes well for Liverpool, does it?

If you date back to the time of Matip’s injury, days before Crystal Palace‘s visit, a month on the sidelines would make for a possible return against Wolves on September 10.

The Champions League group stage starts days before and Klopp will be eager to see his options in defence bolstered at a time when games return to a three-day cycle, with Ibrahima Konate also in the treatment room (knee).

The Reds are bound to opt for caution, especially considering Matip’s history, but the hope will certainly be that his absence does not extend into the September international break – more than five weeks after Matip’s issue arose.