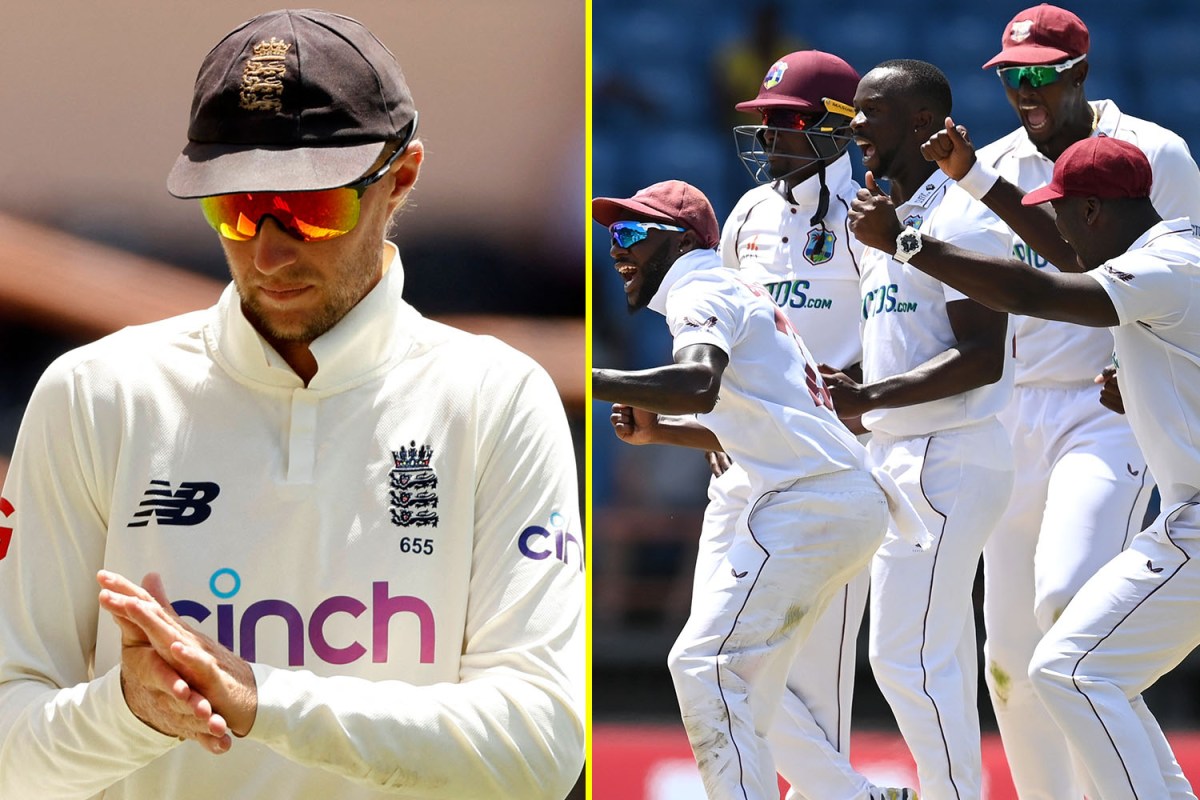 Joe Root has been urged to resign as England captain by Steve Harmison and Michael Atherton as his side lost the third Test, and the series, against the West Indies.

The series was finely poised after the first two Tests were drawn and Root would have hoped to salvage some pride after a miserable Ashes defeat earlier this winter.

But any hopes of coming away with a first series victory in the Caribbean since 2004 were dashed on day three when England slumped to 103 for eight at the close.

It left the tourists little hope at the start of day four and things were all over as quickly as expected.

They cruised to victory by 10 wickets with more serious questions being raised about Root’s captaincy this series.

The Yorkshire batter has led his country on 64 occasions, more than any other Test captain in England’s history, but has a dismal recent record of just one win in 17.

“There’s going to be a lot talked about Joe Root’s captaincy,” Harmison told talkSPORT. “My opinion is he needs to do it himself now for his own good.

“It’s not affecting his game as he’s still scoring runs, but I just think for his own mental sanity it’s time to get out of there, unfortunately.

“You give him a group without Broad and Anderson, put that decision aside and really put his stamp on the group.

“There have been positive things in the group.”

Former England captain Michael Atherton, who has been part of talkSPORT’s commentary team for the third Test, believes Root should have gone at the end of the Ashes.

Instead, he was backed by Andrew Strauss, managing director of England cricket, and now he faces either the choice of carrying on with Root, sacking him or hoping the skipper will relinquish the role.

“I felt he should’ve gone at the end of the Ashes,” Atherton said on TalkSPORT’s live coverage of the series. “I don’t see that there’s any justification for carrying on but he was given full backing by Andrew Strauss and I don’t think he’s going to give it away.

“There’s no question that you can change the captain but you’re not going to cure all ills. This is not a good England side and England are paying the price for having not taken first-class cricket seriously enough for a number of years.

“But that said, I’ll take you back to yesterday morning in a minute where this game was lost. Alzarri Joseph came in when West Indies were 127-7, he nicked his third ball through second slip and there was only one slip in place.

“Then the slips came in. And there’s lots of moments like that where a captain can have an impact upon the game.

“And yesterday morning, Josh Da Silva, they set the field back before he’d hardly played a shot. Now I repeat, you change the captain and you’re not going to cure all ills.

“This is a poor team and you’re not going to transform that overnight. But when you’ve been doing the job for five years and 60-odd games there comes a point where you have nothing more to offer.”

Former England wicketkeeper Matt Prior believes it will be unfair for Root to be sacked at the end of the Test as the problems cannot solely be pinned on the captain.

Prior told talkSPORT: “If Joe Root doesn’t step down, can Andrew Strauss get rid of him? I personally think it would be unfair based on this series as you’ve just made the decision to stand by him after the Ashes.

“The reason why I think it is unfair is because I don’t think Joe Root is the reason we’ve lost this series.

“We’ve lost this series because players are not good enough.

“If you are going to replace Joe Root, who are you replacing him with? Let’s say Ben Stokes for instance? Do we win the series?

“Does Zak Crawley’s technical issues suddenly disappear? Does Dan Lawrence not play across straight ones? Does our bowlers consistently hit a good area? I don’t think so.”