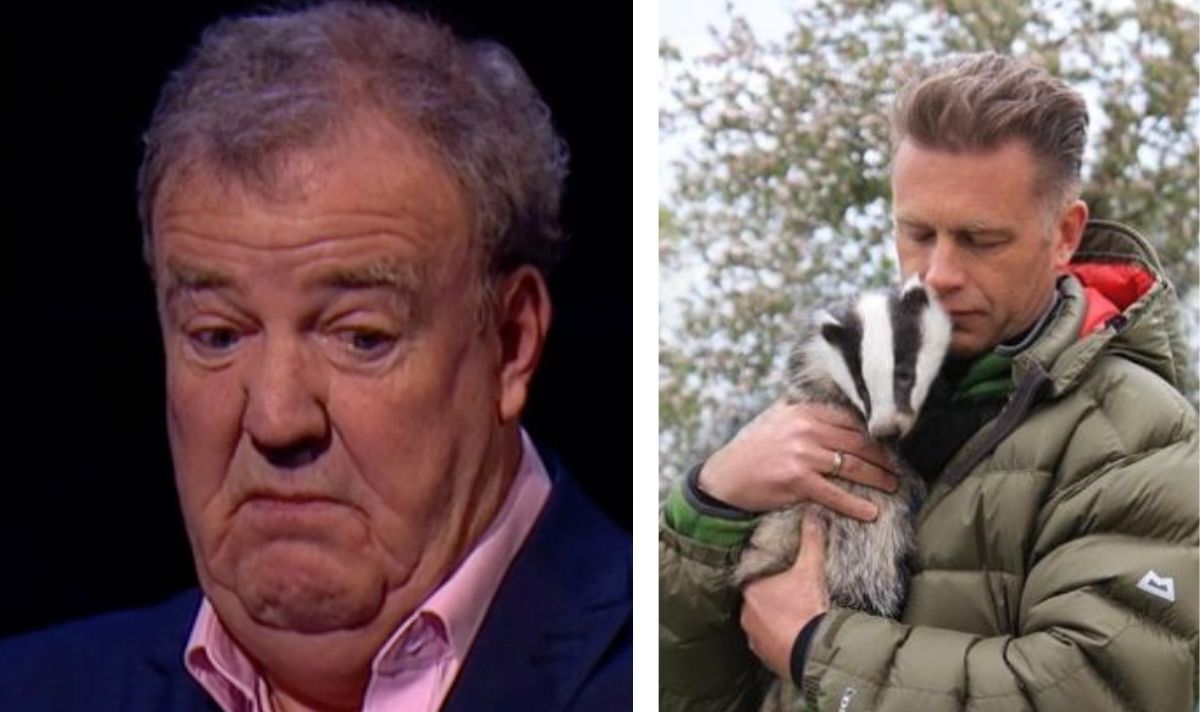 Jeremy Clarkson caused horror when he told the world that he would “happily stamp repeatedly” on the head of a badger if he encountered one on his land. Now he has directed a savage jibe at the presenters of Springwatch after they spoke out in defence of the species, countering that it is the “most terrible” one on the planet.

Jeremy, 62, exclaimed on Twitter today: “I can’t imagine the nation’s hedgehogs, lapwings or farmers are as pleased about badgers as the presenters of Springwatch.”

He had already exchanged angry comments with Chris Packham earlier this year about who was responsible for the decline in hedgehogs, with Chris insisting that farmers were to blame, and Jeremy pointing to badgers.

The comment today, made in view of his 7.7 million followers, reignited the debate.

@AlanPWig1 hit back: “I like badgers more than people.”

@Gra_Rus suggested that Springwatch would not be interested in farming as it “damages the countryside and isn’t good for wildlife”.

@ThisGuyCraig tried to lighten the mood with a joke, jibing: “Badgers are the Piers Morgan of the animal world; 90% of people hate them but that 10% always exist.”

Jeremy had previously addressed Chris directly, appealing: “Come on, Chris, you’re a countryman, so I know you know the real reason the poor things are in decline.”

He continued: “A quarter of all the world’s badgers now live in the UK. There are so many that some are struggling to find a home, and therefore wander the streets at night in vests, drinking Stella.

“These vile creatures give cattle TB, they knock down walls and live on a diet of vital earthworms, lapwing eggs . . . and hedgehogs.”

However, Chris, a vice president at the RSPCA, had already made his feelings clear, denouncing the badger cull of 2020 as “cruel and ineffective”.

Chris, who is vice president of the RSPCA, has previously criticised the badger cull in 2020, calling it “cruel and ineffective”.

So far the Springwatch star has made no response to Jeremy’s jibe this evening.