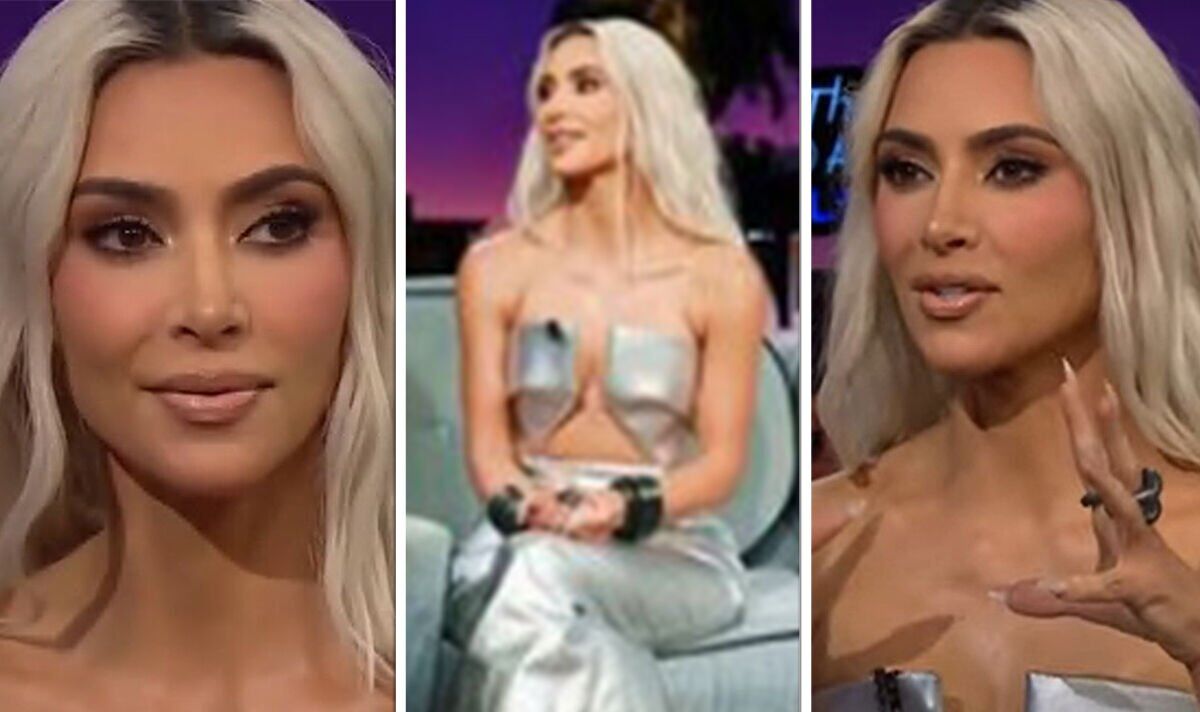 Appearing on the late-night American talk show to speak about season two of the reboot of the family’s famous reality TV show The Kardashians, Kim, 41, once again took inspiration from Jane Fonda’s 1968 sci-fi classic.

Donning a metallic silver dress which had a daring triangular cut out in the centre of her chest, the bleached blonde reality television star teased an early look into the new season of the show.

In the past Kim has also emanated Fonda’s iconic character, during a sizzling shoot for her shapewear brand SKIMS this summer.

At the time, she could be seen modelling a chromatic look with Barbarella’s voluminous blonde hair.

During her time with James, who was wearing a navy potter dot suit and light blue shirt, Kim confirmed that she is “happily single” following her split from Pete Davidson, 28, and is in no rush to find love again just yet, saying that she just wants to “chill for a bit”.