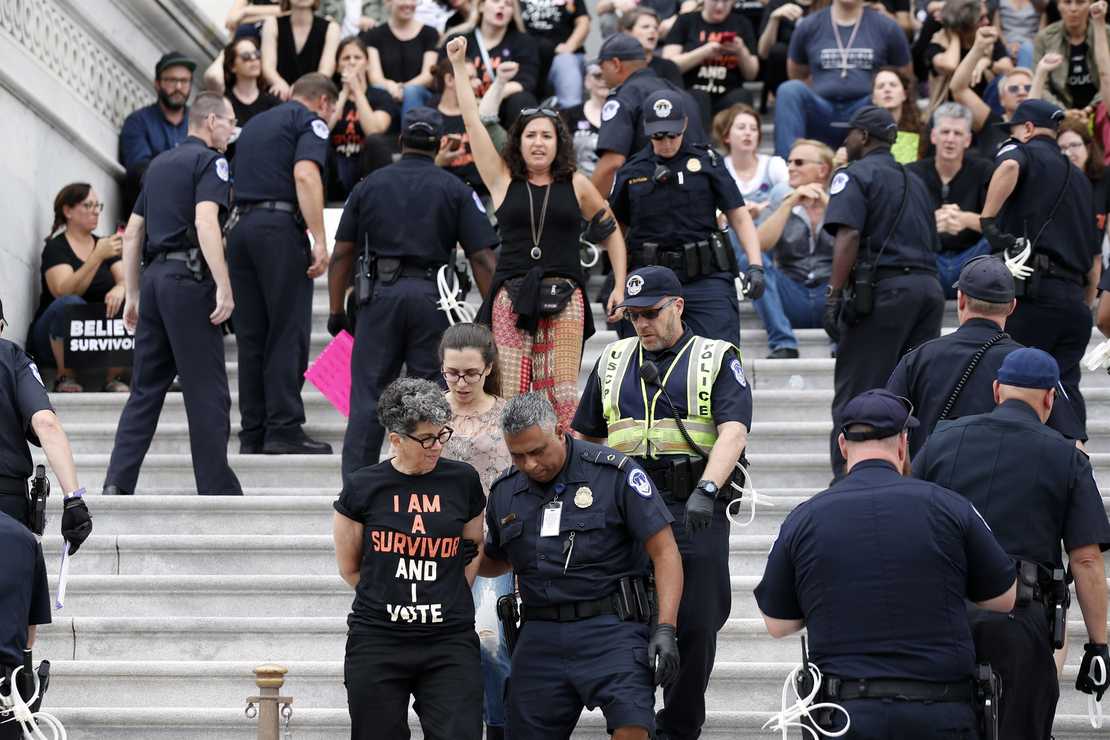 As long as Joe Biden’s Justice Department keeps pushing these prosecutions, we’ll keep shining some sunlight on them. The latest January 6 rioter to be sentenced was 47-year-old Anthony Robert Williams of Michigan. Williams was definitely inside the Capitol Building on January 6, as proven by multiple social media posts published by himself and others showing him at various locations along with the rest of the crowd. He was found guilty of one count of intentional disruption of government business. He was also convicted of four misdemeanors related to the same activity. As with so many of the other riot participants, the descriptions of Williams’ specific crimes are almost laughable, but the sentence he received was not. Williams was sentenced to serve five years in prison and three years of supervised release after that, along with thousands of dollars in fines and fees. (Associated Press)

A Michigan man was sentenced on Friday to five years in federal prison for his role in the U.S. Capitol attack by a mob that disrupted Congress from certifying President Joe Biden’s 2020 electoral victory.

Chief Judge Beryl Howell also sentenced Anthony Robert Williams, 47, of Southgate, Michigan, to three years of supervised release after his prison term and ordered him to pay $2,000 in restitution and a $5,000 fine, according to a U.S. Justice Department news release.

In June, a jury convicted Williams of a felony count of obstructing the Jan. 6, 2021, joint session of Congress for certifying the Electoral College vote. Jurors also convicted him of four related misdemeanor offenses.

The vague descriptions of what it was that Williams actually did leave much to the imagination until you look at the FBI’s report on their investigation into the case. Prosecutors described Williams’ participation as being “purposeful, extensive, enthusiastic, and remorseless.” So enthusiasm is a factor now? Seriously?

Outside of the building (apparently before he entered unimpeded), Williams allegedly “stole water bottles” from the Capitol Hill Police, though he was not charged with theft. Once inside, upon reaching the Rotunda, the prosecutors claim that he “celebrated with other rioters and smoked marijuana.” He was not charged with any drug crimes, so apparently “celebrating” is now a felony. He also reportedly “actively resisted and mocked the police.” Oh, dear. “Mocking” the police. It’s a good thing none of the BLM rioters “mocked” the police in 2020, eh?

You can read the full results of the FBI investigation here. I went through the entire thing line by line and 90% of the report focuses entirely on proving that Anthony Williams travelled to Washington on January 6 and was captured in pictures and videos around and inside of the Capitol Building. On the very last page, they conclude that there was probably cause to believe that he did “knowingly enter or remain in any restricted building or grounds without lawful authority.” They also concluded that he did “utter loud, threatening, or abusive language.” And they of course included a charge that Williams did “parade, demonstrate, or picket” on the Capitol grounds, supposedly to disrupt or influence the work of Congress.

There’s that “parading” charge again, along with “shouting.” Like so many others before him, Anthony Robert Williams was guilty of trespassing. The FBI doesn’t even imply that he damaged or stole any property inside the building, assaulted any law enforcement officers, or performed any of the other acts typically associated with rioting. If he and the other rioters were attempting to “disrupt Congress,” they failed miserably since the election was certified a few hours later. There is definitely a law against being on Capitol Hill grounds without permission, so some sort of charge was in order. But Mr. Williams will now spend five years in prison, three years on supervised release, and be forced to pay thousands of dollars for his unauthorized tour of the building. This is not a case of appropriate sentencing. It’s a case of making an example of perceived political opponents to cow everyone else into submission.