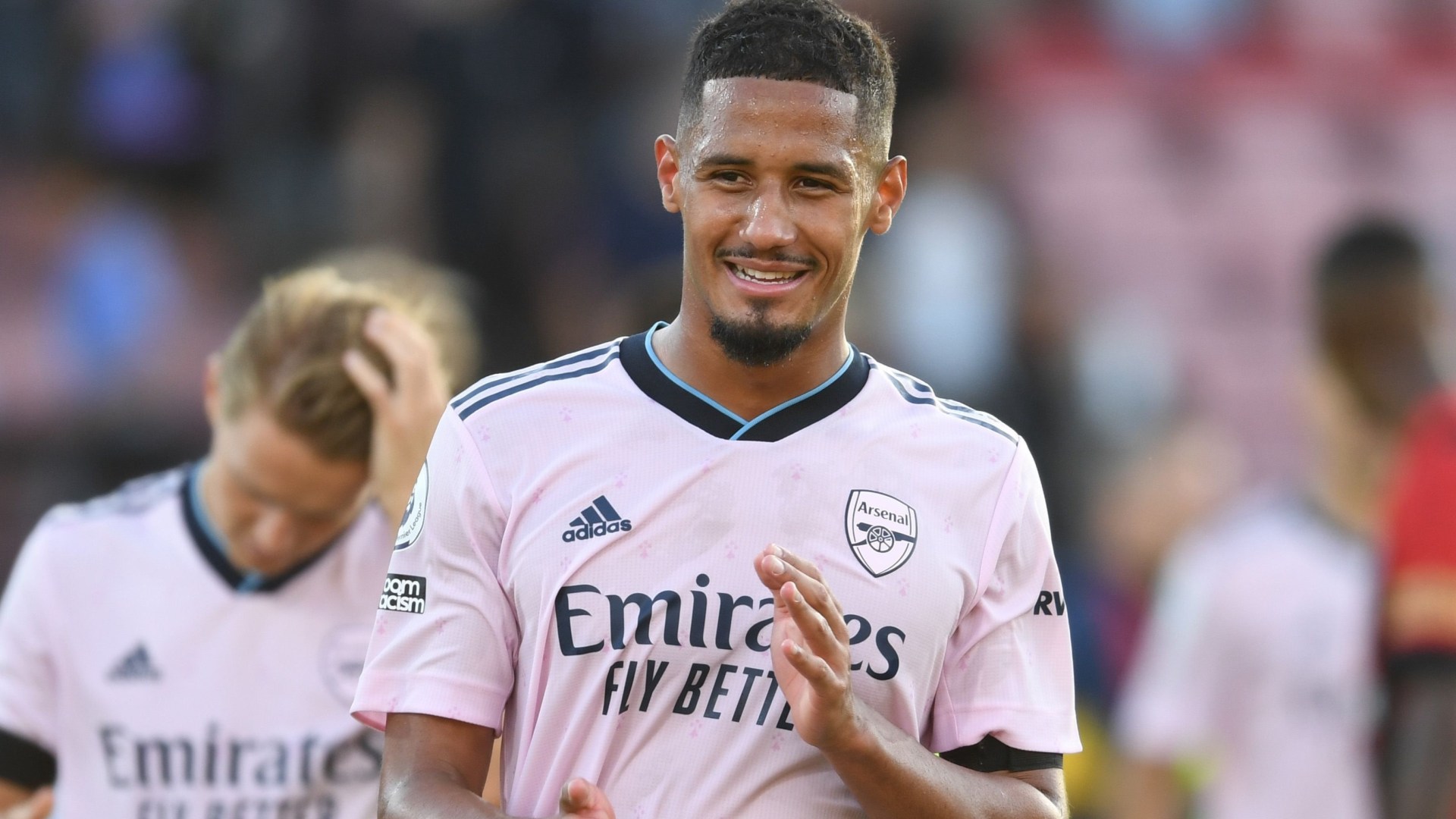 William Saliba’s new chant is a big hit, even with the Arsenal squad.

The centre-back scored his first goal in English football with a wonderful effort in the 3-0 victory at Bournemouth.

His goal, and two from Martin Odegaard, sent Arsenal to the top of the Premier League table with a 100 per cent record after three games.

What a difference a year makes as after the first three matches of the 2021/22 campaign, the Gunners had lost all three and were rock bottom.

The summer signing of Gabriel Jesus has been inspired and he was again instrumental in the victory, even though he didn’t score.

Saliba has been like a new signing after coming back from a loan spell at Marseille.

He is a big hit with the Arsenal fans, too, and they’ve made a catchy new chant for the 21-year-old.

His name is sung to the song ‘Tequila’, which was made popular by The Champs.

Arteta said: “The boys were singing it in the dressing room it is a good song.

“For sure that’s [the goal] the last thing I would expect, but credit to the boy for the way he is playing, he’s performing.”

Saliba himself seems to have given his seal of approval as he couldn’t help but smile as they gave a rendition of it after the final whistle.

Gunners legend Ian Wright is a big fan of it too, posting a video of himself joining in on the chant on social media.

888Sport: Deposit min £/$/€10 using promo code 888ODDS • Bet up to £/$/€5 on your selection at normal odds in the regular market • If your selection wins, we’ll pay you out at the normal price and any extra winnings from the advertised enhanced price will be paid to you in Free Bets • Free Bets are granted within 72 hours and expire after 7 days • Free Bet stakes are not included in returns • Deposit balance is available for withdrawal at any time • Restrictions apply to withdrawals, payment methods and countries & Full T&C’s apply 18+ begambleaware.org