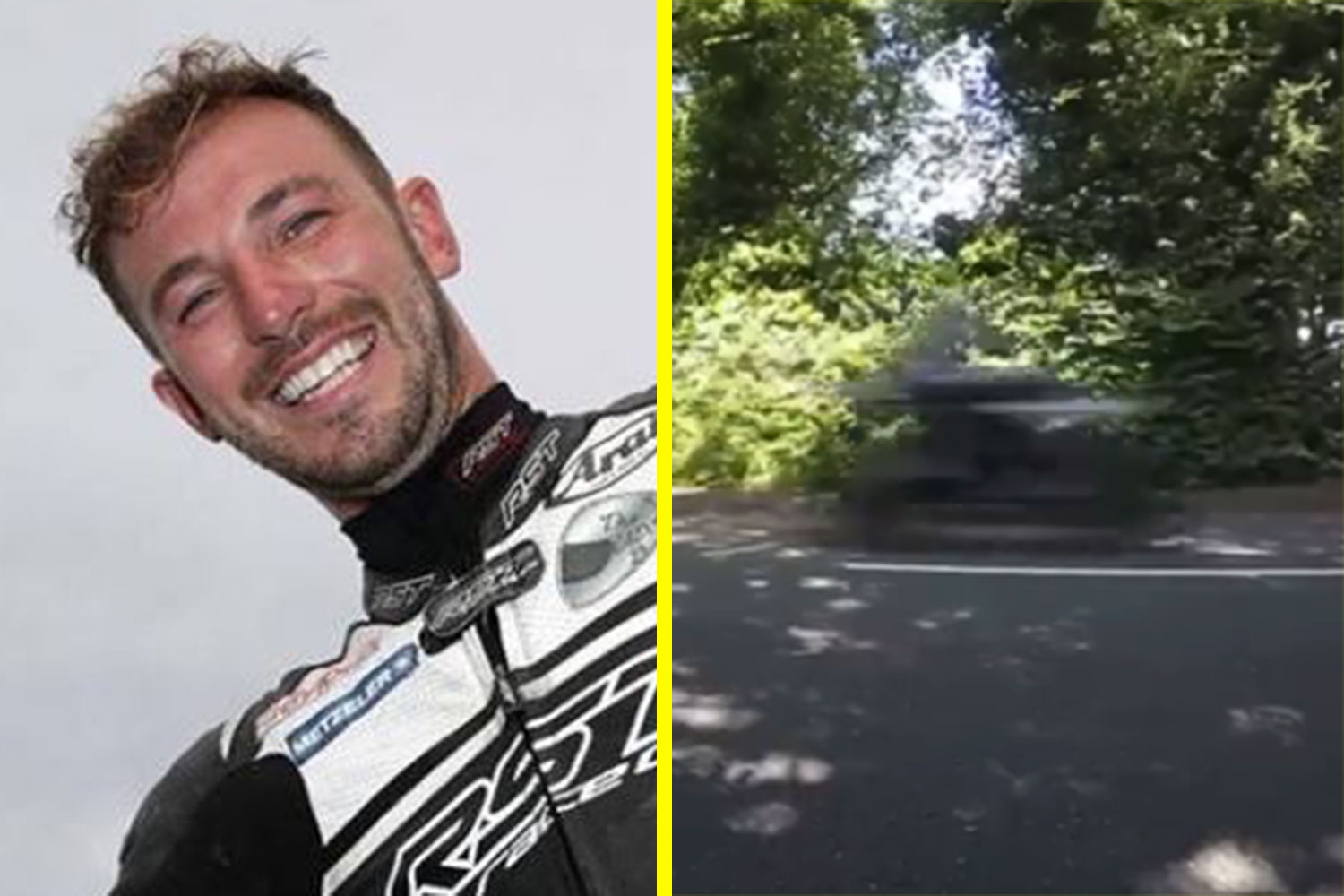 A rider at the Isle of Man TT has been left with two black eyes and a ‘pile of bird guts’ in his mouth after hitting a pigeon head on at 200mph.

Gruesome slow-mo footage captured the moment Paul Jordan decimated the bird which in turn destroyed the visor of his helmet and gave him facial injuries.

Congrats to Paul Jordan on his first TT rostrum in the Super Twins race💪.
Paul and a pigeon were both flying down the Sulby straight, but unfortunately for the pigeon, not both in the same direction 😮😮 pic.twitter.com/WjPp8SyNDv

Coming through the fastest section of the deadly 37.7-mile course, the Sulby Straight, where riders reach extraordinary speeds, the 31-year-old rider from Northern Ireland got the scare of his life.

Slipstreaming another competitor for extra speed on the straight, the leader ducked out the way of the bird, disrupting its flight and sending it right into Jordan’s face.

Luckily he recovered from some unwelcome injuries to finish on the podium in Wednesday’s Supertwin TT race, recording his best result in four years at the event.

Speaking after making it on the rostrum, Jordan said: “It has been a hell of a week, and this just tops off the story.

“I was going down Sulby Straight and a bird thought it would be a great idea to smash itself into me, smashed me square in the face in the visor and took it off.

“I was going down Sulby Straight with a pile of bird guts in my mouth, a bloody nose, a bust lip and whatever else.

“I was tucked in behind another competitor. He ducked at the bird and the bird went straight through my visor on my helmet, and now I am left with two shiners.”

The Belfast born rider competed in the junior class of MotoGP in 2008 and 2009 racing for Honda in the 125cc category.

MotoGP is far from new to wayward birds though, with one extraordinary incident seeing Andrea Iannone headbutt a seagull to death in Australia.

Riding at the Phillip Island circuit in 2015, the Ducati pilot was leading the pack when he came round a corner to see the sitting bird.

As it flew up towards the front of his bike, the Italian was quick enough to nod his head forward, allowing him to take out the seagull, and ultimately continue to finish third in the race.

Unfortunately Jordan wasn’t quick enough to get out of the way of this one, but still managed to land on the podium, just like Iannone.