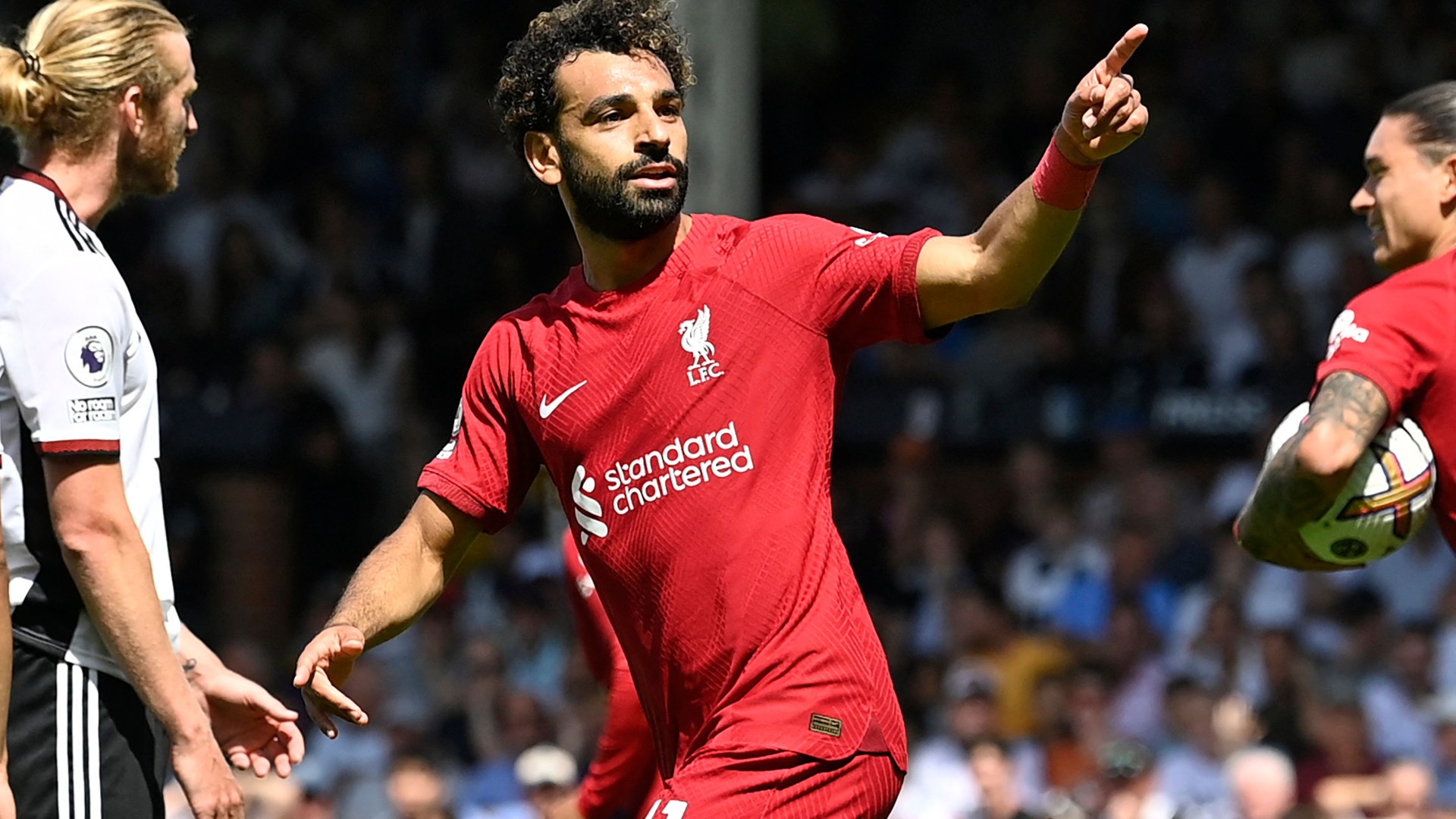 Jurgen Klopp has joked that Mohamed Salah has ‘found a right foot on holiday’, with the Liverpool star showing he is not solely dependent on his left.

The Egyptian goal machine has scored plenty of goals with his left since his arrival at Anfield from Roma in 2017.

It has resulted in the Reds managing to get their hands on Premier League, Champions League and FA Cup honours – in what has been a memorable five years on Merseyside for Salah.

The 30-year-old has also managed to secure three Golden Boots in the process and continues to showcase his scoring prowess.

Salah is now looking to add another string to his bow with the eye of becoming an even more complete performer for the Reds.

After the Egyptian put pen-to-paper on a new long-term deal in the summer, Klopp joked, telling Sky Sports: “I think he found a right foot on holiday!

“He always develops. It’s really crazy. I know a few years back he arrived and usually when a player comes from outside inside they use the inside of the foot to spin the ball and all of a sudden he had the full throttle – the Chelsea goal is a pretty remarkable one.

“This year he arrived with crosses with his right foot.”

Salah netted 31 goals in all competitions last season, and equalled his record from the 2020-21 season.

He now has 158 goals to his name in 257 appearances, since his move from the Serie A giants Roma.

Klopp remains adamant his star, who has been included among the nominees for the 2022 Ballon d’Or, can go on to reach even greater heights.

“He’s obviously a top professional and he really tries to add on things into his game,” the German previously said.

“He is a top, top, top striker and with the numbers he had, not only scoring-wise but assisting-wise as well, it’s big.”

Salah will be hoping to be among the goals again on Monday night as Liverpool take on Manchester United at Old Trafford.

talkSPORT will have live and exclusive coverage of the showdown at Old Trafford which will kick off at 8pm.

888Sport: Deposit min £/$/€10 using promo code 888ODDS • Bet up to £/$/€5 on your selection at normal odds in the regular market • If your selection wins, we’ll pay you out at the normal price and any extra winnings from the advertised enhanced price will be paid to you in Free Bets • Free Bets are granted within 72 hours and expire after 7 days • Free Bet stakes are not included in returns • Deposit balance is available for withdrawal at any time • Restrictions apply to withdrawals, payment methods and countries & Full T&C’s apply 18+ begambleaware.org