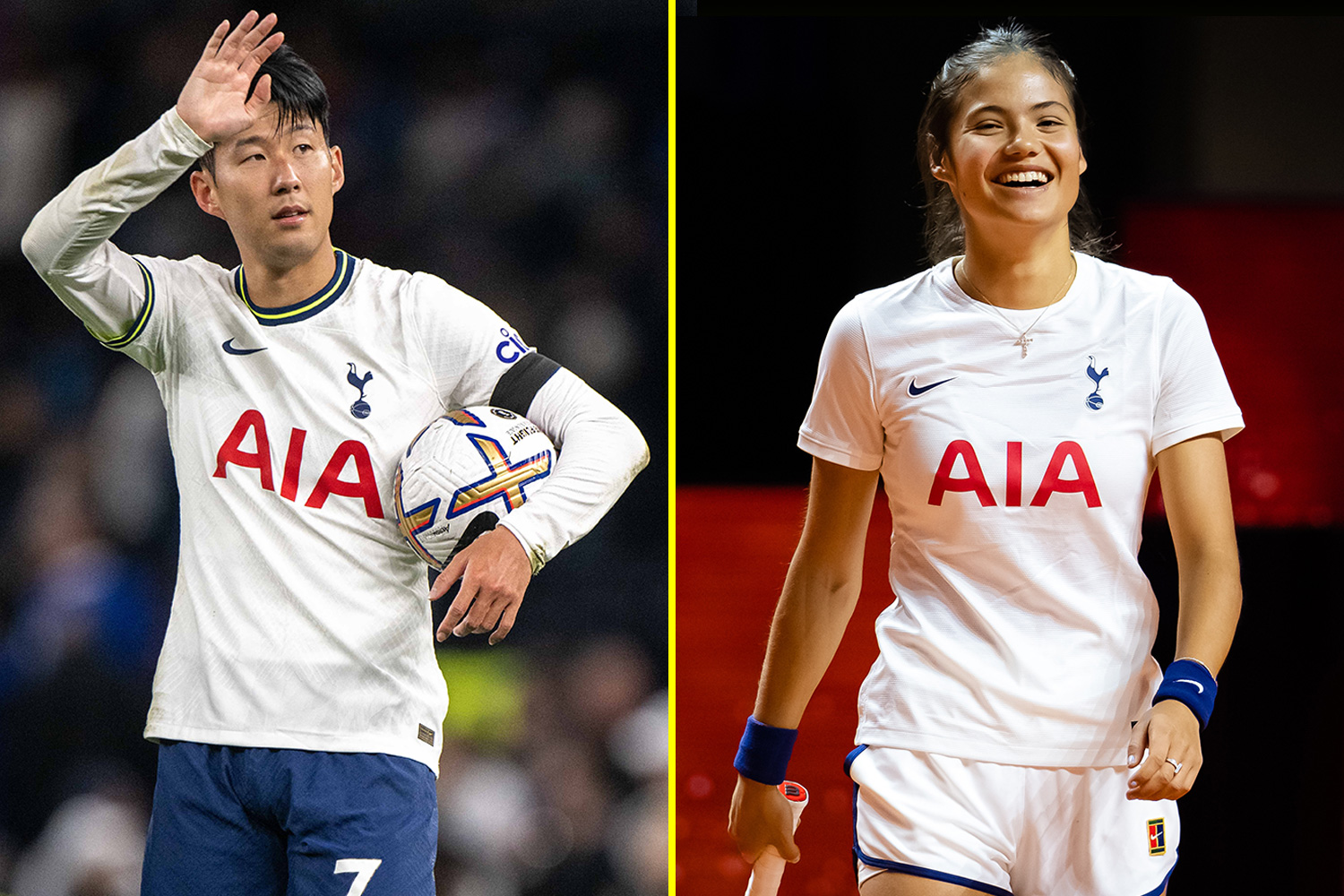 Emma Raducanu has revealed she is a huge fan of Tottenham star Heung-Min Son.

The British number one spoke about Son before her appearance at the Korea Open in Seoul this week.

Raducanu has a soft spot for the north London club and has previously spoken of her admiration for striker Harry Kane.

Her team claimed her as a Tottenham fan and bought her a shirt, which she warmed up in before a tournament in Germany earlier this year.

The 19-year-old has endured a tough time in recent months, losing a tough first round match against Alize Cornet in her US Open defence.

She then suffered an early exit from the Slovenia Open, before travelling to South Korea.

Spurs star Son has endured a similar dip in form where he was dropped by Antonio Conte, before coming on as a substitute against Leicester and firing in a hat-trick.

“I really resonate with him, and I think that what he’s doing for sport and football in Asia and in Korea especially is massive,” she said.

“I think that there are going to be a lot more future athletes coming from this side of the world.”

In her first round match at the Korea Open, Raducanu beat Moyuka Uchijima 6-2 6-4 to book her place in the last-16.

The Brit, who is currently 77th in the world rankings, survived a late wobble to win in an hour and 18 minutes.