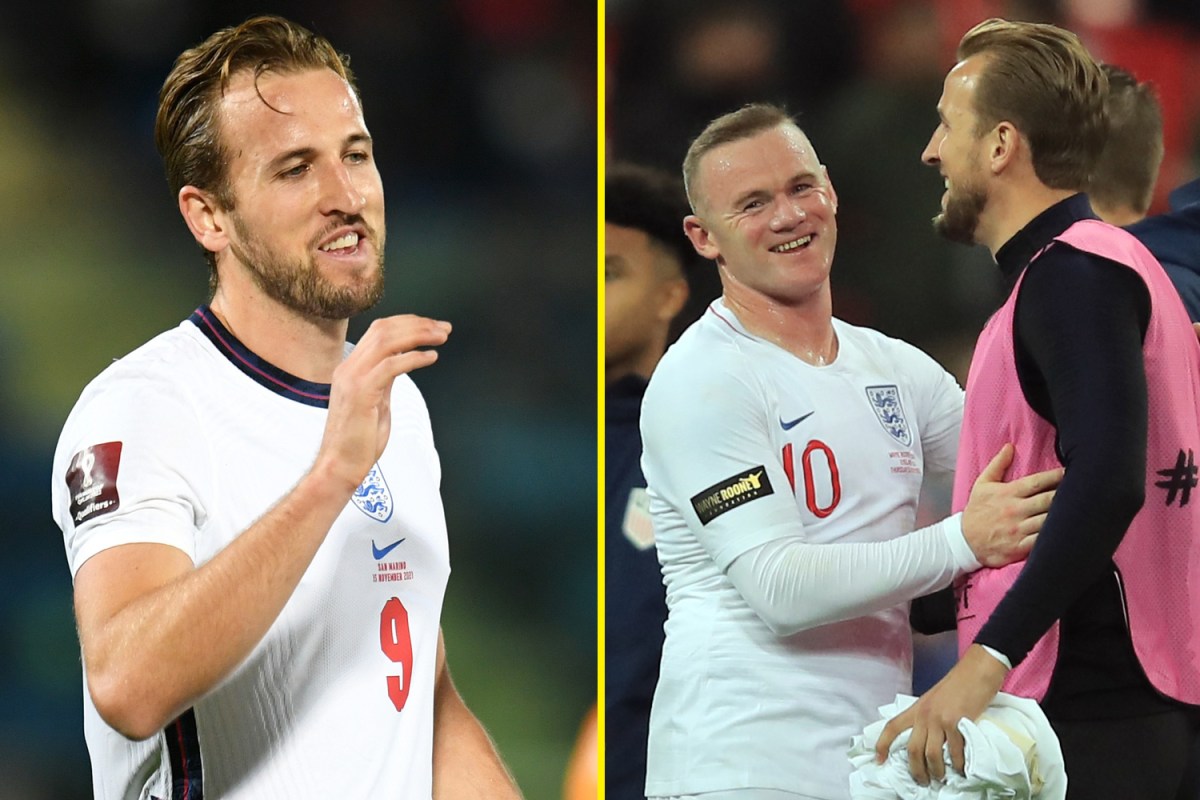 After overtaking Wayne Rooney for most competitive England goals, Harry Kane has added more records to his brilliant collection.

His first-half hat-trick in the win over Albania in November saw him overtake Rooney for competitive England goals and then a first-half quadruple at San Marino saw him go to 43 goals in 55 competitive appearances for England.

Kane is rapidly moving up England’s all-time goalscoring charts with 48 and his first against San Marino, a penalty straight down the middle, saw him break a record.

The strike saw him go out on his own for most England goals in a calendar year. He scored 16 goals in 16 games for his country in 2021.

Meanwhile, his third saw him become the first player to score back-to-back England hat-tricks for the first time since Tommy Taylor in 1957.

He has since started 2022 where he left off last year, bagging the winner in a 2-1 victory over Switzerland to level Sir Bobby Charlton’s haul on England’s all-time list.

But how many does he need to become his country’s main man and overtake record holder Rooney?

England face Switzerland and Ivory Coast in two international friendlies at Wembley and Kane will be confident of leapfrogging Bobby Charlton into second on the list.

It’s incredible progress from Kane particularly because he only made his England debut in March 2015 – a game where he scored with his first touch of the ball.

And at his age, he certainly has the time to continue moving up the charts, providing he can stay fit and in form.

The World Cup is coming up this winter and you’d think Kane would again have more chances to move up the goalscoring charts.

He said: “How on Earth can Harry Kane be within touching distance of Rooney? How can he get close? He’s going to overtake Rooney.

“He’s not a better player than Rooney, I just think Rooney did not achieve his full potential. Wayne Rooney should be on 60, 70 maybe 80 goals for England.

“Kane hasn’t played anywhere near the [amount of] games as Rooney, but he is going to breeze it.

“That record for [Sir] Bobby Charlton stood for 40 years and Wayne Rooney is only going to hold this record for 5, 6, 7 years.

“Kane gets the absolute maximum out of his ability, Rooney, I don’t think has.

“It sounds harsh because of what he achieved in the game, but I don’t think it is that harsh. I genuinely believe that.”