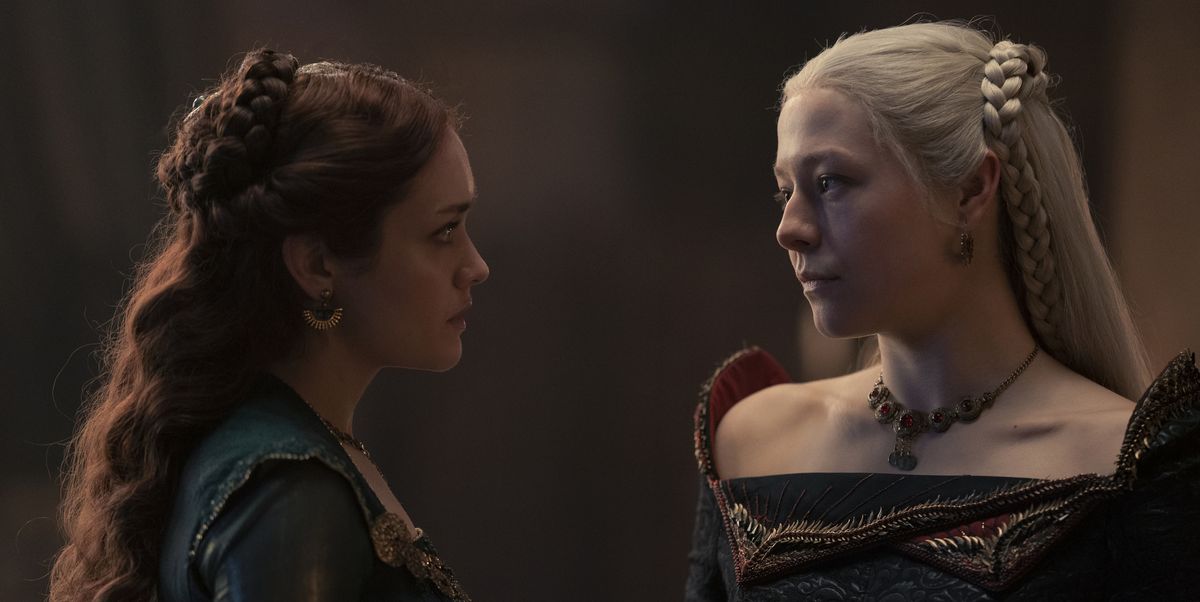 House of the Dragon is almost here, and there’s already an exciting cast of characters to keep track of with very similar yet difficult-to-spell names.

The series is based on Fire & Blood, the first of George R.R. Martin’s two volumes that cover the history of the Targaryens and their wild dragonriding ways. These books take place hundreds of years before what happens on Game of Thrones, according to HBO. As the curtains lift on HotD, Westeros is a relatively peaceful place, but civil war in the Targaryen family is brewing. Later called “The Dance of the Dragons,” the war concerns who will be ascending the Iron Throne and, once again, gender is at the heart of the issue.

Below are all the main Targaryens and Hightowers in the series who are key players in the conflict. (Think of them as Daenerys’ distant aunts and uncles if you’re confused about the connection.) Some details are based on what is known to happen during the books, so there could be some deviation in the series, but it’s pretty close.

Viserys succeeded King Jaehaerys Targaryen, his grandfather, when he was chosen by the Lords of Westeros for the Iron Throne. When he ascended the throne, he followed a long and prosperous rule by Jaehaerys and basically just tried to hold things down. While he is a decent dude, he is not necessarily an exciting or charismatic leader and some bad feelings have remained in the kingdom ever since he was named heir over his cousin, Rhaenys. And when his daughter Rhaenyra turned eight years old, he named her heir, causing issues within his own reign. Viserys came about nine generations before the famous Daenerys Targaryen.

Rhaenyra is the first-born child of Viserys and his first wife Aemma Arryn. As such, she has a legitimate claim to the throne, but the age-old issue of her being a woman raises its ugly head. Her uncle and the younger brother to King Viserys, Daemon, is the presumed heir. But Rhaenyra is a dragonrider and this is a world where dragons have definitely not gone extinct.

Rhaenys was also once in line for the throne as well as a dragonrider, but she was ultimately passed over by the Great Council for her cousin, Viserys. Yes, it’s because she was a woman. (There’s a theme here.) She went on to marry Lord Corlys Velaryon. She does have a cool nickname, though: “The Queen Who Never Was.” Really rubs it in.

Daemon is the younger brother to King Viserys and his official heir to the throne. While he is well-known for being a great dragonrider and warrior, he has a little bit of that alarming Targaryen tendency to walk the edge of madness. At any rate, not everyone is thrilled by the idea of him being in charge after Viserys or his eagerness to do so—especially when there’s a direct child of the king in Rhaenyra. He is Daenerys’ distant uncle and that might explain why her brother Rhaegar Targaryen ended up the way he did.

Alicent is the daughter of Otto Hightower, the Hand of the King, and the second wife to Viserys. She is known for being one of the most attractive women in the Seven Kingdoms. That’s a big deal because there’s a lot of competition. Alicent was raised in the Red Keep, and she has an incredible political mind. That’s always been something people close to the Iron Throne need to survive. She’s also not in either Daemon or Rhaenyra’s corner when it comes to who she thinks should take the throne next (even though she and Rhaenyra grew up as childhood best friends).

The incredibly loyal Otto Hightower is the Hand of the King. As we’ve previously seen, loyal people have a rough time in the Seven Kingdoms, and Otto’s main opponent in the series is likely to be Daemon. Daemon is not only a threat to Rhaenyra, he’s also a threat to his own brother and Otto will do anything to protect Viserys.