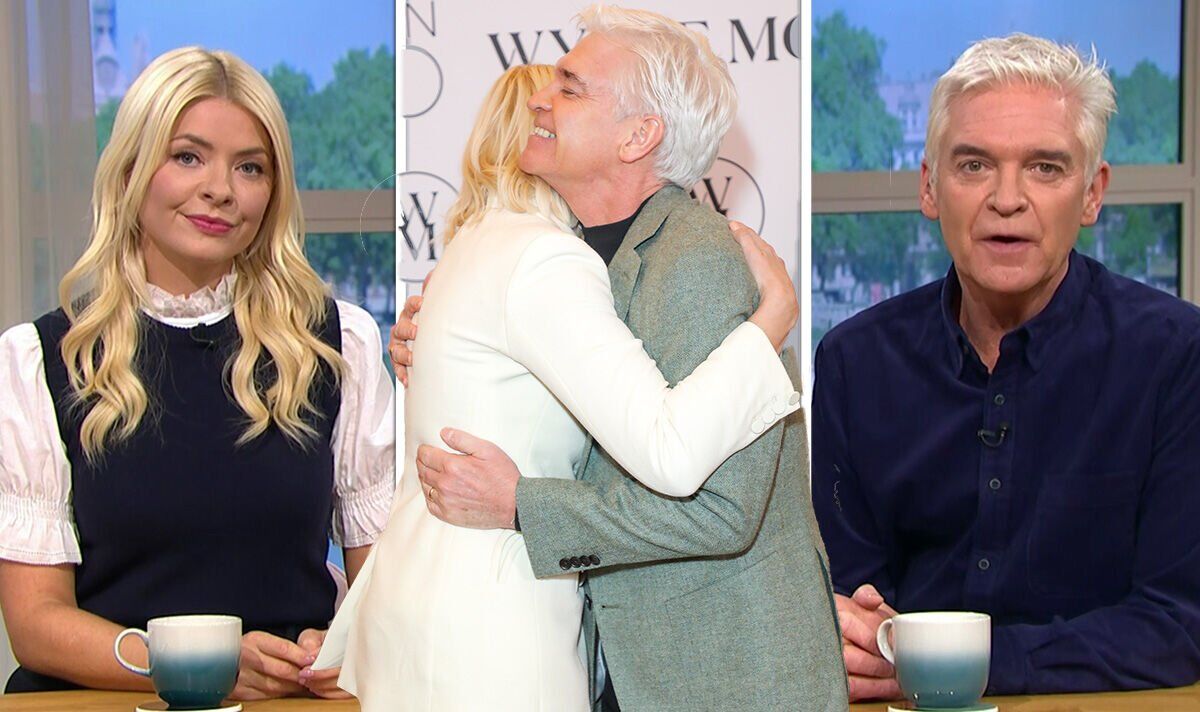 Holly, 41, and Phil, 60, have both faced intense backlash for the past few days ever since their appearance at Westminster Hall sparked many to claim they skipped the queue to see the Queen lying-in-state. Having created a media frenzy since the incident, and despite issuing a statement explaining their actions, a petition calling for the pair to be axed from their ITV show reached more than 40,000 signatures in just four days.

In light of the tension that has been created as a result, Holly and Phil reportedly shared an “emotional SOS phone call” that lasted for an hour.

Having denied skipping the queue, the pair have instead explained that their visit was “strictly for reporting”.

In a statement read during a segment on Tuesday’s This Morning, Holly said: “ike hundreds of accredited broadcasters and journalists we were given official permission to access the hall.

“It was strictly for the purpose of reporting on the event for millions of people in the UK who have not been able to visit Westminster in person.

“The rules were that we would be quickly escorted around the edges to a platform at the back.

“In contrast, those paying respect walked along a carpeted area beside the coffin and were given time to pause.

“None of the broadcasters and journalists there took anyone’s place in the queue and no-one filed past the Queen. We of course respected those rules.

“However, we realise that it may have looked like something else, and therefore totally understand the reaction. Please know that we would never jump a queue.”

It was this that sparked the hour long phone call where the presenting duo discussed how they were going to handle the situation.

Speaking to MailOnline, a source shared: “Phil and Holly started to become really worried about the situation on Friday night.

“They spoke at length and decided they had to do something to protect themselves and the reputation of the show.”

In a bid to relieve the tension both Holly and Phil have refrained from posting on social media, after a picture Holly posted of her children paying tribute to the late monarch started to attract hate-filled comments.

The insider reportedly added: “It’s left her so upset and unable to look at social media over most of the last few days.

“What was meant to be a lovely tribute to Her Majesty on her Instagram account has been hijacked by trolls. One thing that has come out of this though undamaged is Phil and Holly’s friendship.”

The statement, posted to their social media page read: “Hello everyone, we would like to clarify something. We asked Phil and Holly to be part of a film for this Tuesday’s programme.

“They did not jump the queue, have VIP access or file past the Queen lying in state – but instead were there in a professional capacity as part of the world’s media to report on the event.”

With many sharing their opinion about the topic online, GB News breakfast presenter Eamonn Holmes recently took a dig at the pair after liking a number of tweets that criticised Holly and Phil.

One specific meme Eamonn, 62, liked was of him and his wife Ruth Langsford ith the text: “When you reach the front of the queue.”

Both Holly and Phil’s representatives have been contacted for comment and to clarify if these claims are accurate by Express.co.uk