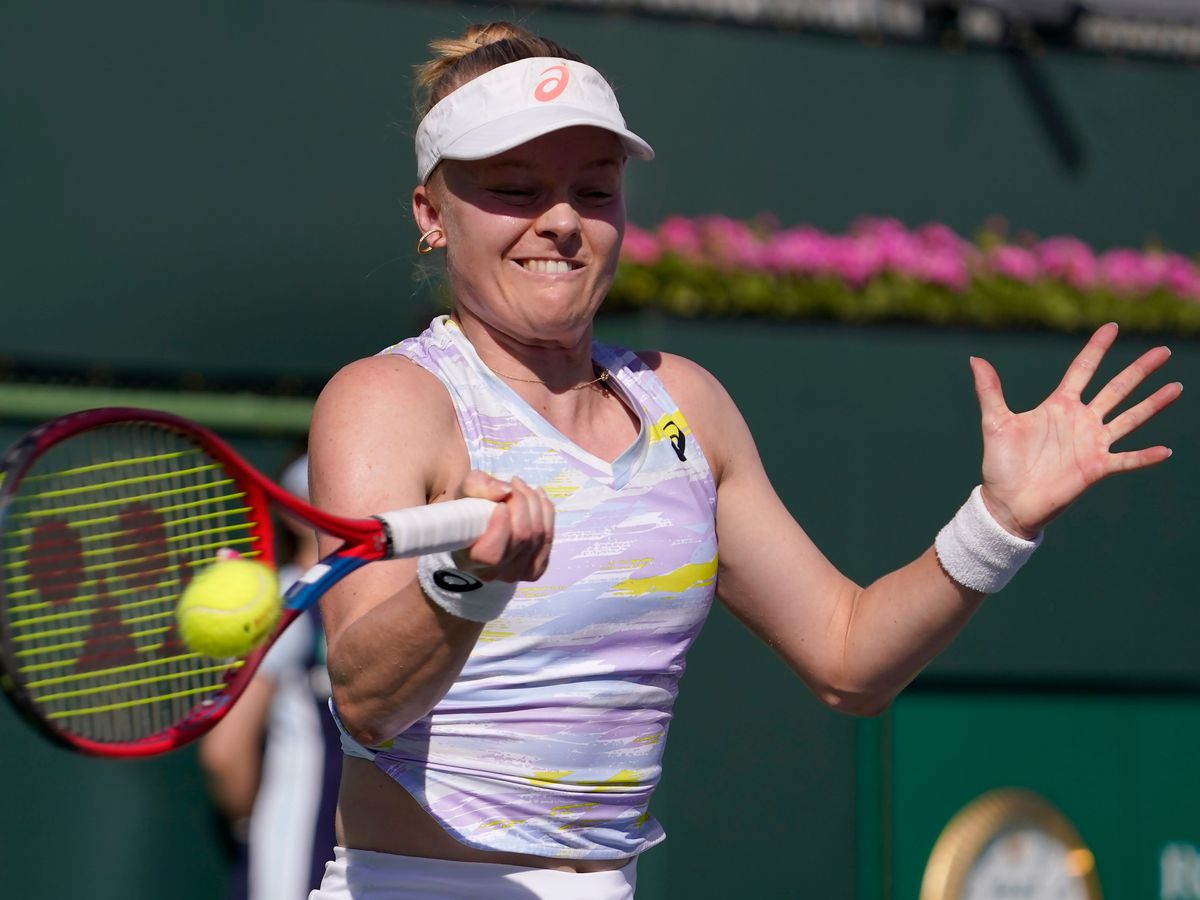 Great Britain’s Harriet Dart saw her fine run at Indian Wells end with defeat to Madison Keys in the fourth round of the BNP Paribas Open.

Dart, 25, is set to break into the top 100 for the first time after her progress in California, which included victory over world number 18 Elina Svitolina.

Having come through qualifying to reach the main draw at one of the WTA tour’s biggest events, Dart is already set to rise to at least 99th in the rankings.

The run at Indian Wells will see her become the British number two behind Emma Raducanu, moving above Heather Watson.

Australian Open semi-finalist Keys proved a match too far as the 25th seed progressed 6-1 6-4 in just over an hour to reach the quarter-finals in Indian Wells for the first time.

Keys goes on to meet number three seed Iga Swiatek, the 2020 French Open champion, in the last eight after the Pole came from behind to defeat Angelique Kerber 4-6 6-2 6-3.

Simona Halep defeated fellow Romanian Sorana Cirstea 6-1 6-4 and goes on to play Petra Martic for a place in the semi-finals.