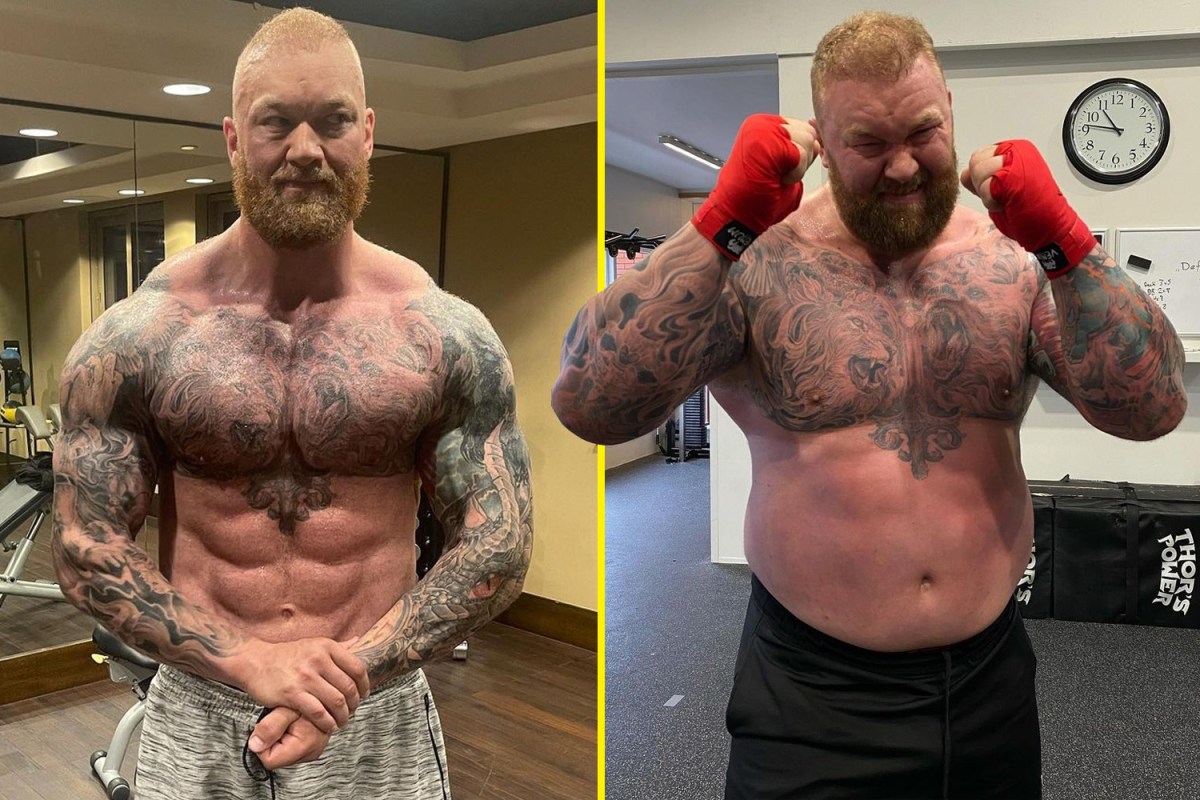 Hafthor Bjornsson admitted he ‘hated’ boxing training initially as it would leave him in agony.

Thor will face off against bitter rival Eddie Hall on Saturday as the pair attempt to settle their long-running feud in the ring.

It dates back to their strongman days, with both former World’s Strongest Men, and they decided to settle their differences in the ring.

After months of delay, it will finally take place in Dubai this weekend after the pair overhauled their diets and workouts to get ready for boxing.

“In the beginning of my journey I hated the training because it was so hard,” Thor, a Reign Total Body Fuel athlete, told talkSPORT.com. “My endurance was so bad and everything was in pain.

“I would get inflammation everywhere in my body, my knees would hurt, my elbows, my biceps, shoulders, everything would burn.

“I would be in so much pain every single day. My endurance was awful, so every single session I thought I was going to die.

“As the months went by, as my shape got better, I started to enjoy it more. Now I really enjoy hitting the bag, doing technique work, sparring.

“I was nervous going into sparring sessions, which is normal when you are going to punch someone and be punched, you get stressed.

“The more I did it, the more experience I got and got excited. Now I could not be more ready, now I’m just excited for Saturday.”

Thor now eats five-meals a day and cut down his 10,000-calorie strongman diet.

He told talkSPORT.com that when he enters the ring on Saturday he will likely tip the scales at 145kg, 60kg less than his strongman peak of 205kg.

“Both diets are hard in different ways,” Thor said. “The strongman diet is difficult because you have to eat a lot, but you are more flexible with eating nice food you like, for example you can cheat a bit more.

“With boxing it is more strict and clean and less food, so more hungry and can’t cheat. I can’t have chocolate or candy or ice cream as often.

“It’s more strict in boxing and less strict. They are difficult, but difficult in different ways.”

He added: “I’m not too worried by my weight at all. I am just doing my diet, training like I used to train and will probably come in around 145kg.”

This fight has long been in the making, but the Icelandic superstar, who also played The Mountain in Game of Thrones, believes the delay has given him the edge.

He said: “I didn’t really fear it would never happen, but I was a bit afraid of another delay, to be honest.

“The first delay was understandable, he got injured and that can happen. Now we are five days out and now we have no excuses.

“We are both here and both healthy, it’s going to happen.”

On the delay from September to March, Thor added: “100 per cent [it gives me an edge]. I was able to stay focused, keep training, learn more, adapt to boxing.

“It definitely benefitted me. I’m a better fighter than I was in September and I’ve learnt a lot since then.

“I’m pleased and happy and more ready than I ever could be because of this delay.”

Hafþór Björnsson is a Reign ambassador and will fight Eddie Hall on Saturday 19th March, tune in for free via SEGI.TV. #ReadyToReign