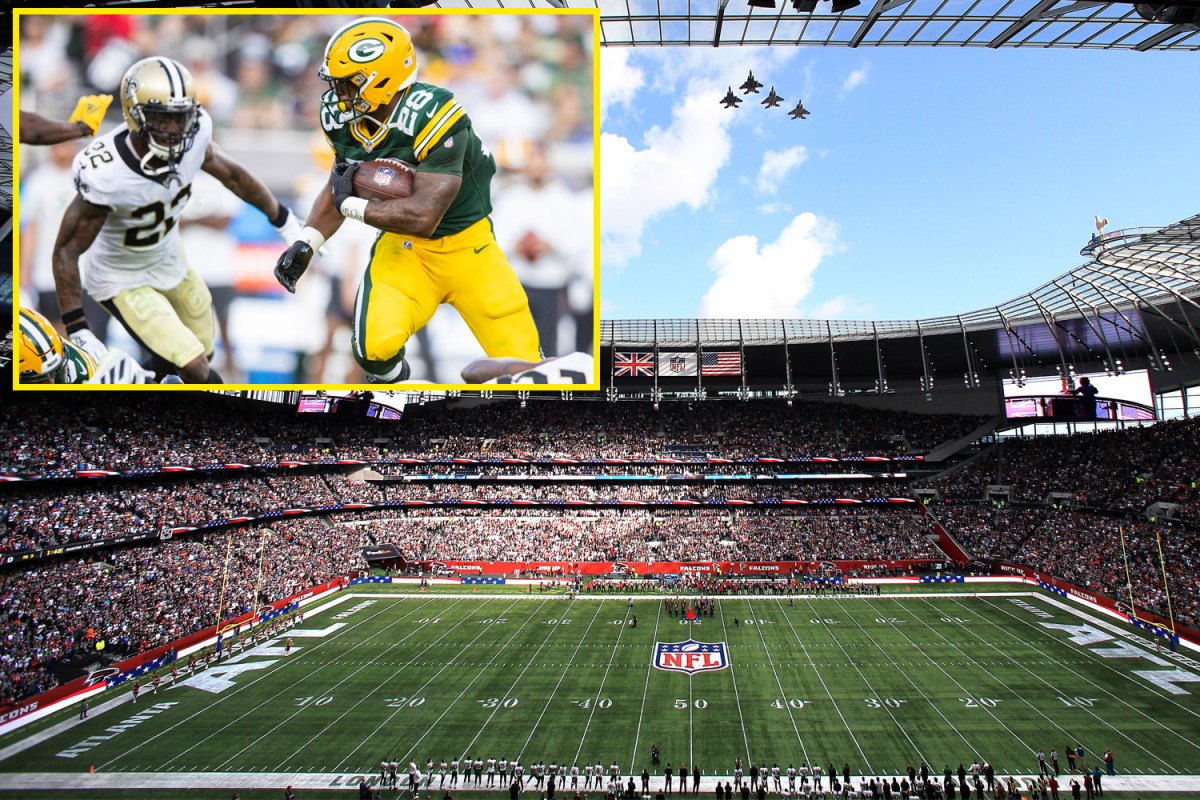 The Green Bay Packers and the New Orleans Saints will play games at the Tottenham Hotspur Stadium as the NFL returns to London in 2022.

The Packers will play in their first ever International Series game in the English capital, meaning all 32 NFL teams have now played there since 2007.

“The Green Bay Packers are excited to make our international debut during the 2022 season,” Packers President/CEO Mark Murphy said.

“Our fans in the UK and elsewhere in Europe have been eagerly awaiting an opportunity to see the Packers play in their backyard, and we know that many of our fans in the United States will travel to London. It will be an honor to represent the NFL, as well as Green Bay and the state of Wisconsin, internationally.

“This will be a great opportunity to introduce the Packers, as well Green Bay and our area, to an international audience and encourage fans in the UK to visit us in person at Lambeau Field.”

The Saints will also be involved in a clash at Spurs’ £1billion stadium which last year saw the Atlanta Falcons beat the New York Jets, and the Jacksonville Jaguars beat the Miami Dolphins.

Elsewhere, Wembley Stadium will hold a Jaguars game for the first time since November 2019, while the Glazer Family-owned Tampa Bay Buccaneers will play in Munich, and the Arizona Cardinals will play in Mexico at the Estadio Azteca.

“We are very excited to be staging five games outside the United States in 2022, and thank the clubs for their continued commitment to growing the sport internationally,” said Peter O’Reilly, NFL Executive Vice President, Club Business and League Events.

“Our fans in Germany, Mexico and the UK can look forward to seeing some of the most iconic names and biggest stars in the League and enjoying an incredible series of events.”

The opposition for the designated sides are yet to be revealed, along with the dates of the matches.

Traditionally, the London matches have been played in October with the odd game in late September or early November.