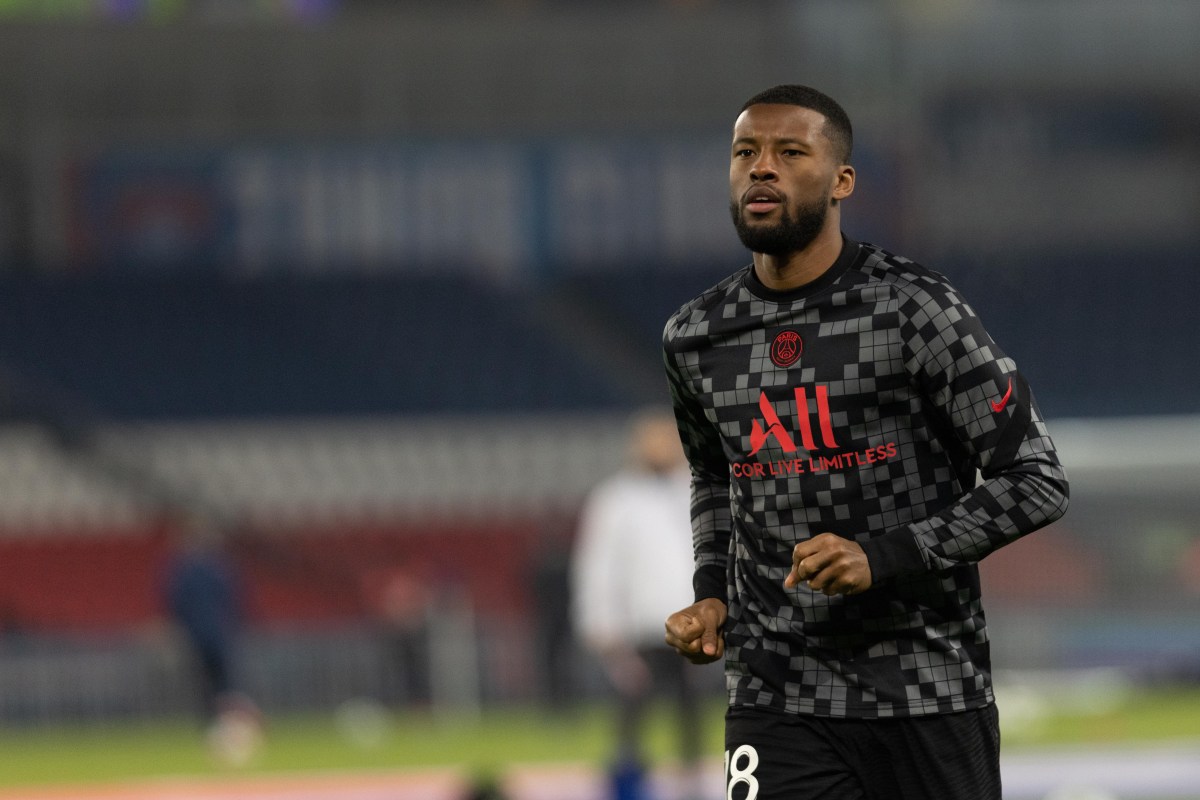 Arsenal’s search for a midfielder has landed on a new name, with former Liverpool star Georginio Wijnaldum reportedly keen on a move to the Emirates.

Wijnaldum left Liverpool for free in the summer when he moved to Paris Saint-Germain, but things haven’t worked out so far.

Out of those deals though, Wijnaldum has rivalled the mostly injured Sergio Ramos for a lack of impact, registering 25 out of a possible 31 appearances, but failing to nail down a guaranteed spot in midfield.

Playing the full 90 minutes on only six occasions, It’s a stark contrast to the 31-year-old’s near ever-present five year stint at Liverpool, and a Premier League return has been mooted.

The Dutchman has been linked with a move to former clubs Liverpool and Newcastle this January, but Sky Sports now report that Arsenal may be a more likely option.

Sky claim that Wijnaldum is keen to come back to England, with Arsenal a stand out choice, while PSG’s move for Tottenham’s Tanguy Ndombele could leave him surplus to requirements in Paris.

Arsenal are in dire need of central midfield cover, having embarked on their longest winless run in all competitions since 2005 (five games).

Injuries, Covid, and the Africa Cup of Nations have left Albert Sambi Lokonga as Mikel Arteta’s only natural option in the centre of the park, with the Belgian joined by out of position Martin Odegaard and 18-year-old Charlie Patino.

Ill discipline has also struck the Gunners, who recently lost Granit Xhaka to his second red card of the season, while Thomas Partey also joined him in getting sent off.

Arsenal have been in talks over a loan move for Juventus midfielder Arthur Melo, but the deal has hit an impasse due to a disagreement over terms.