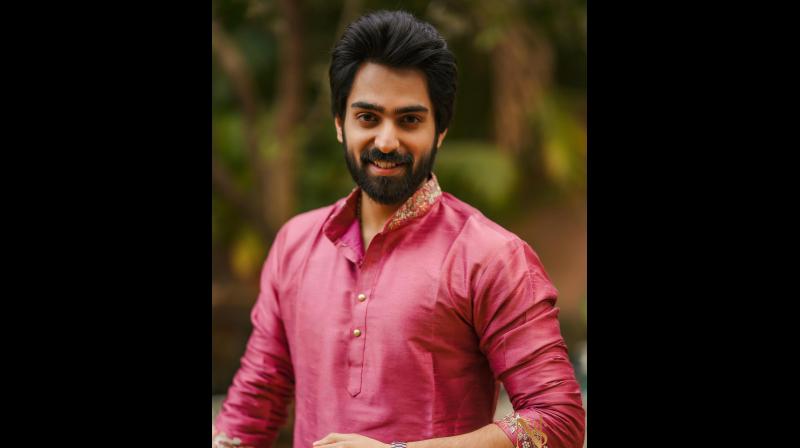 Shiva Kandukri has been displaying a lot of variety of late. While Choosi Choodangane features him as a lover boy, Gamanam shows him as an aspiring cricketer and in Manu Charitra, he is seen in a rugged avatar.

His upcoming film, Bhoothaddam Bhaskar Narayana, directed by Purushotham Raaj, is a quirky detective drama. Shiva will be seen as a small-time detective in the film. “I play the title role. My character has been wearing spectacles with high power since childhood. So to cover them, I use modern sunglasses and try to be stylish. Hence I got that name,” says the actor.

“Although the protagonist is a comical guy, he deals with serious issues,” explains Shiva, adding that the entire story takes place in the Vikarabad forest.

“We all did a workshop for around one month to get the hang of the characters. I’ll be seen sporting lungis, but when I go out on an investigation my outfits are different,” he smiles, adding that as an actor, it is important to explore various roles and genres.

“OTT is revolutionising cinema. While the audiences are getting exposed to various kinds of films, we, as actors, get the opportunity to explore more realistic roles,” he says.

While no one can predict which film will work at the box office, Shiva admits that young actors like him are facing a challenge in drawing audiences to theatres. “I think people got used to watching films in the comfort of their homes, and flock to theatres only to see larger-than-life films or if the content is fresh. I think the trailer and the poster are key to a film’s fate,” he comments.