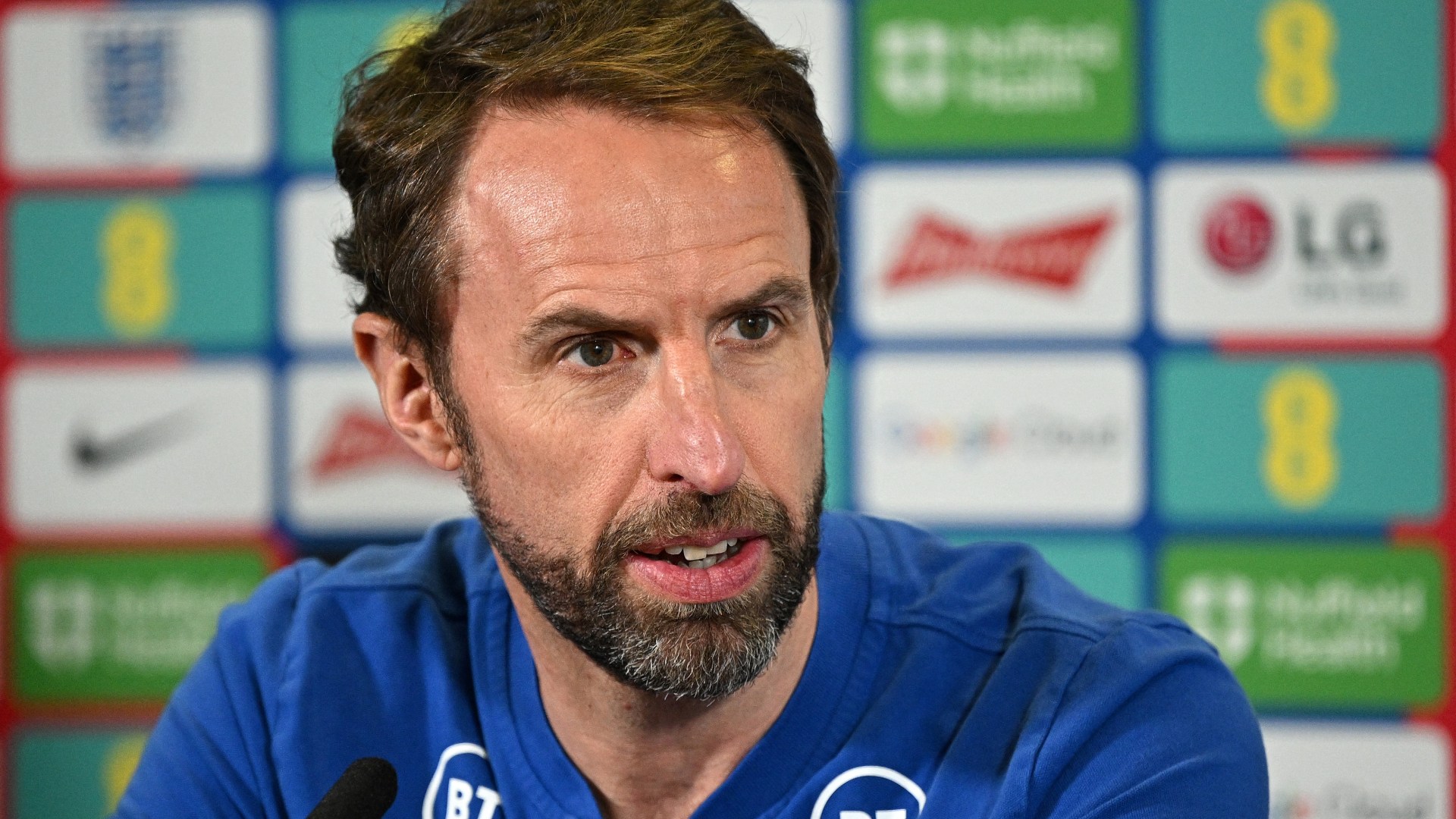 Gareth Southgate says it’s an ’embarrassment’ for the whole country that England’s clash with Italy has to be played behind closed doors at Molineux on Saturday.

The Three Lions are set to play back-to-back matches punishment at Wolves’ home ground – but the first will have very few supporters in attendance as a punishment for fan disorder at the Euro 2020 final.

After opening their Nations League campaign with a shock 1-0 loss in Hungary and a hard-fought 1-1 draw in Germany, Southgate’s side will play a repeat of that final at Wembley.

But it will be played in front of empty stands, bar a few thousand local school children.

The Football Association is having to host the match behind closed doors as part of UEFA’s punishment for issues that marred the Euro 2020 final, with a number of ticketless supporters forcing their way into Wembley 11 months ago.

“Well if it is an embarrassment, it is for England as a country really,” England boss Southgate said of the punishment.

“A lot of the people who caused the problems I am not certain were football fans but we have spoken enough about it.

“We spoke after the final, we spoke when the punishment was first given.”

Southgate will rotate his line-up against Italy as he looks to balance the players’ load after a hectic domestic season.

Full-back James Justin is back in contention after a knock kept him out of the Germany match, which Kalvin Phillips limped out of early after being hurt in a collision.

The midfielder was unable to train on the eve of the game as a result and looks set to miss the Italy game as does Phil Foden as he steps up his return from Covid-19.

“We are still assessing Foden,” said Southgate, who allowed Trent Alexander-Arnold to leave the camp after the two away fixtures.

“He joined in training this morning, so he is progressing but not as quickly as we would like.

“So there is still some doubt as to whether he will be involved in either game. Kalvin didn’t train with the group and he will be doubtful for tomorrow.”