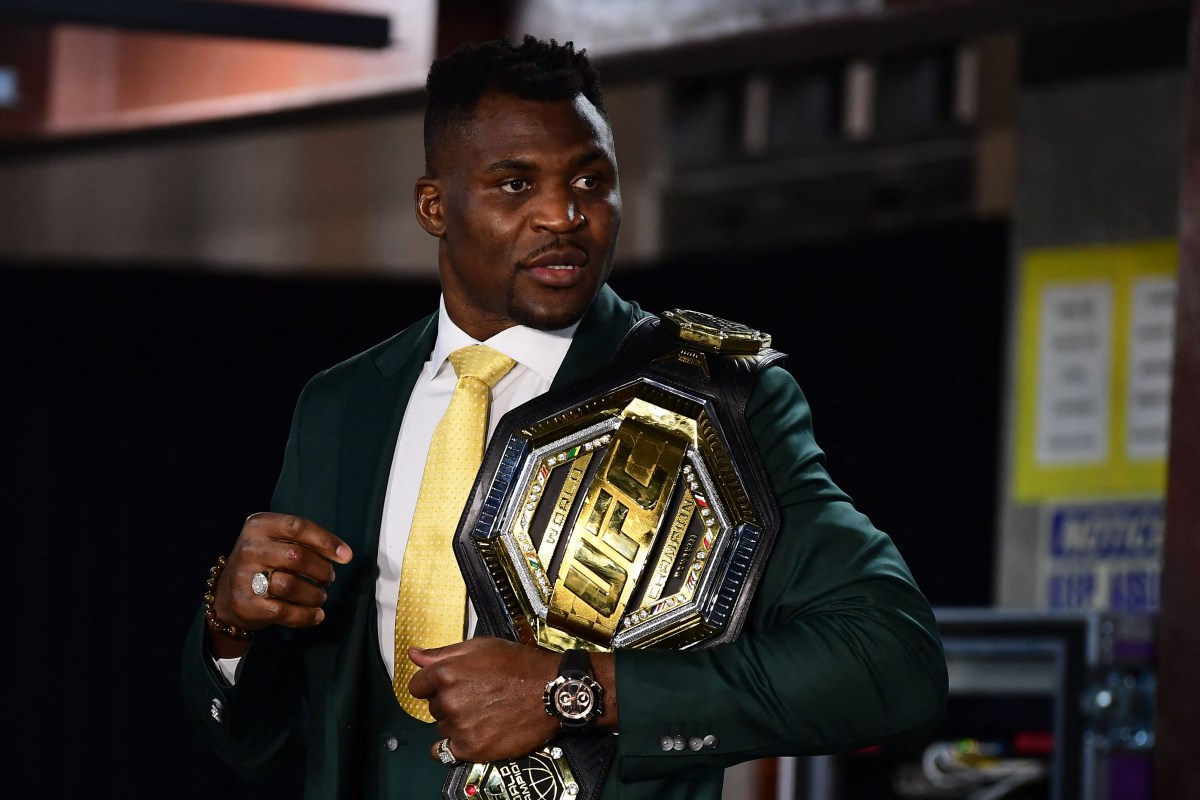 Francis Ngannou has revealed the UFC threatened to sue his agent over talks with Jake Paul’s business adviser.

The champion discovered the news in his dressing room at the Honda Center moments before unifying the heavyweight division with a victory over Ciryl Gane on Saturday night.

His agent, Marquel Martin, received an email with threats of legal action following conversations about boxing with Nakisa Bidarian, the former UFC chief financial officer and current partner of Paul.

It comes as part of a long-running standoff between Ngannou and the UFC over his contract, which strictly forbids fighters from agreeing boxing deals.

“I walked into the room waiting for my manager, my coach,” Ngannou said on ESPN’s MMA Hour.

“They told me they just received an email from the UFC saying they’re going to sue [Martin] for talking with this guy, Nakisa. Yeah. I’m like, ‘Who is Nakisa?’”

Ngannou has taken several digs at UFC president Dana White over his contract, which would’ve expired if he lost to Gane on Saturday.

White did not put the belt around Ngannou’s waist after the bout or stick around for the post-fight conference.

The promotion’s ‘champions clause’ means Ngannou’s deal is automatically extended for a year or three fights, but he remains tempted to run his contract down rather than compete.

Besides believing he is financially undervalued, the hard-hitting star has ambition as a boxer and doesn’t like being tied down to MMA.

Paul, the YouTuber-turned-professional-boxer, has also hit out at White over the contracts given to his UFC fighters.

Ngannou added: “The term of the contract, everything that they put into [it], they hold you like in captivity.

“You can’t do anything, you have no rights. The contract is one-sided.

He added: “You don’t even have health insurance while you’re doing this, putting your body on the line to put on the show. Risking everything.

“You can be free and fight for the UFC. I just want to be free.