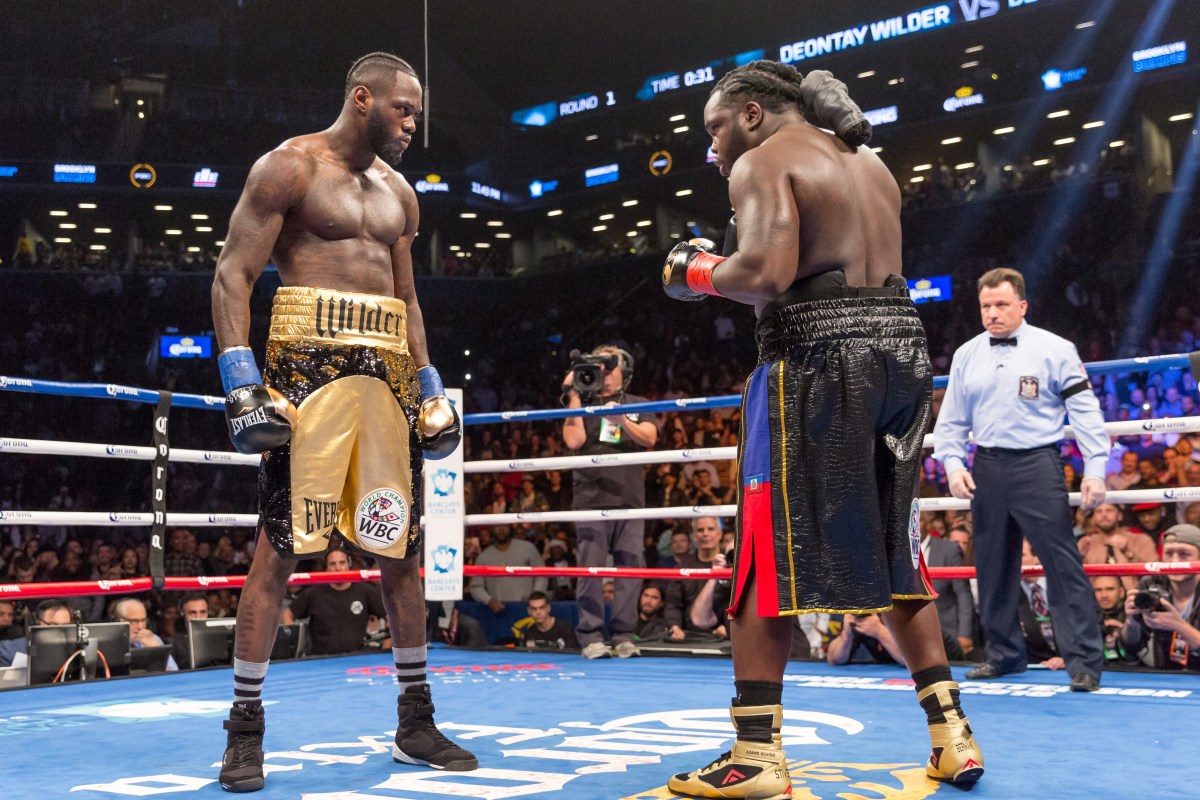 Not every boxer can have an epic title reign like those enjoyed by Muhammad Ali, Joe Louis, Mike Tyson or Lennox Lewis – but these lumbering giants really did fail in the ‘champion’ part of being heavyweight champ.

Boxing’s alphabet title lunacy has given talkSPORT some choice candidates for picking the top 10 worst, but we must impose some rules.

Nobody took the WBO heavyweight belt vaguely seriously until Wladimir Klitschko gave it some legitimacy in the mid-2000s (thanks Wlad). So we’re not even considering early WBO champs from Francesco Damiani to Michael Bentt, Siarhei Liakhovich to Sultan Ibragimov. Plus the WBA ‘regular’ title can get in the bin forever.

However these men all had some claim to a genuine heavyweight world title at one stage in their careers – and the world was frankly a poorer place for it.

Nicknamed ‘The Bionic Hand’, which sounds great and like he’s boxing’s own Winter Soldier until you realise it’s just because he had lots of surgery on his injured hand. Oh. South African Coetzee’s best year was 1983 when he took on two talented but troubled heavyweights, drawing with Pinklon Thomas then upsetting Michael Dokes to claim WBA gold (his third attempt at the belt). Lost in his first defence and was knocked out by Frank Bruno in 1986.

The biggest moment of Page’s career actually came in a public sparring session when he knocked down Mike Tyson, signalling that all was not well with ‘Iron Mike’ before his shock first pro defeat. Sadly Page was part of the gifted ‘Lost Generation’ of US heavies in the 1980s beset by personal demons. He picked up an alphabet strap in 1984 but was beaten in his first defence to the similarly out of shape Tony Tubbs. Retired with 17 defeats in 2001.

‘Neon Leon’ pulled off an almighty upset when the 7-0-1 novice outpointed an ageing Muhammad Ali in 1978, which makes him a real, lineal world champ. But Spinks struggled with drink and drugs throughout his career and, after losing the rematch to a 36-year-old Ali, Spinks suffered 16 more defeats then had a brief career as a pro wrestler. Forever in the shadow of Ali and his more dedicated brother, Michael, but at least Leon had one iconic win.

‘Big John’ seemed to have potential as vast as his broad shoulders when the 1976 Olympic bronze medallist and undefeated pro captured the WBA belt in 1979. However he suffered two back-to-back knockouts in his next two fights – the first a brutal 15th-round KO at the fists of Mike Weaver that left Tate face first unconscious on the canvas. The American was never in world title contention again and sadly died in a car accident at the age of only 43 in 1998.

Not many old-time champions here because at least they were the genuine, linear No 1s unlike the fractured titles of today. However Italian Carnera is a special case as the giant ‘Ambling Alp’ took part in several contests that were, frankly, fixed. Carnera was a victim in all this, exploited by his handlers and beaten when he came up against top boxers like Max Baer and Joe Louis. Later became a box office draw as a pro wrestler, which he much preferred to boxing.

Like Leon Spinks, Douglas has one terrific signature win: in Buster’s case, the greatest upset in boxing history when he climbed off the canvas to end Mike Tyson’s reign in 1990. Douglas showed his skills in that fight, controlling a rusty ‘Iron Mike’ with a ramrod jab. But the rest of his career was a bust. He trained for his first defence against Evander Holyfield by drinking long Island iced tea cocktails and was polished off inside three rounds. A true one-fight wonder.

It truly hurts us to put Britain’s brave, beloved Big Frank here. But still. While many of his US rivals had all the skills but no discipline, Bruno was a bit more the other way around. He was in tremendous shape and a big puncher but lost against every good heavyweight he faced until he finally won the WBC belt in 1995, defeating the erratic Oliver McCall in a fight that is a good cure for insomnia. Gave his all in the ring, however, and well worth the hero worship. Forgive us, Frank.

Stiverne’s claim to fame is that he took demolitions expert Deontay Wilder the full 12-round distance for the first time in 2015, albeit losing a points decision and his WBC belt along the way. Before that, Stiverne had picked up the vacant title by beating a past his best Chris Arreola – and in 2017 he’d undo his solid work against Wilder by turning up out of shape for the rematch and getting blasted out in the first round. A pretty dire reign by any stretch.

Plenty of forgettable heavyweights held alphabet titles in the 1980s but at least most of them tried when they got in the ring. Seldon had already lost to Oliver McCall, Riddick Bowe and Tony Tubbs when he found himself with the WBA belt after beating a faded Tony Tucker in 1995. A $5 million payday for fighting a post-prison Tyson loomed and Seldon was not one to hold up the party, flopping to the canvas in the first round from some punches that seemed oddly off target. Maybe the wind from them was just really strong.

Charles “I walk the earth like a god” Martin’s 85-day reign as heavyweight champion is the second shortest ever, but almost certainly the worst. Even his winning the vacant IBF title was highly fortunate as Vyacheslav Glazkov – the pre-fight favourite – twisted his knee in round three and could not continue. Eddie Hearn smelled an opportunity and offered Martin millions to defend his title against rising star Anthony Joshua, although there was little defence on show as Martin was bashed out in two rounds, barely landing a punch of his own. Woeful.