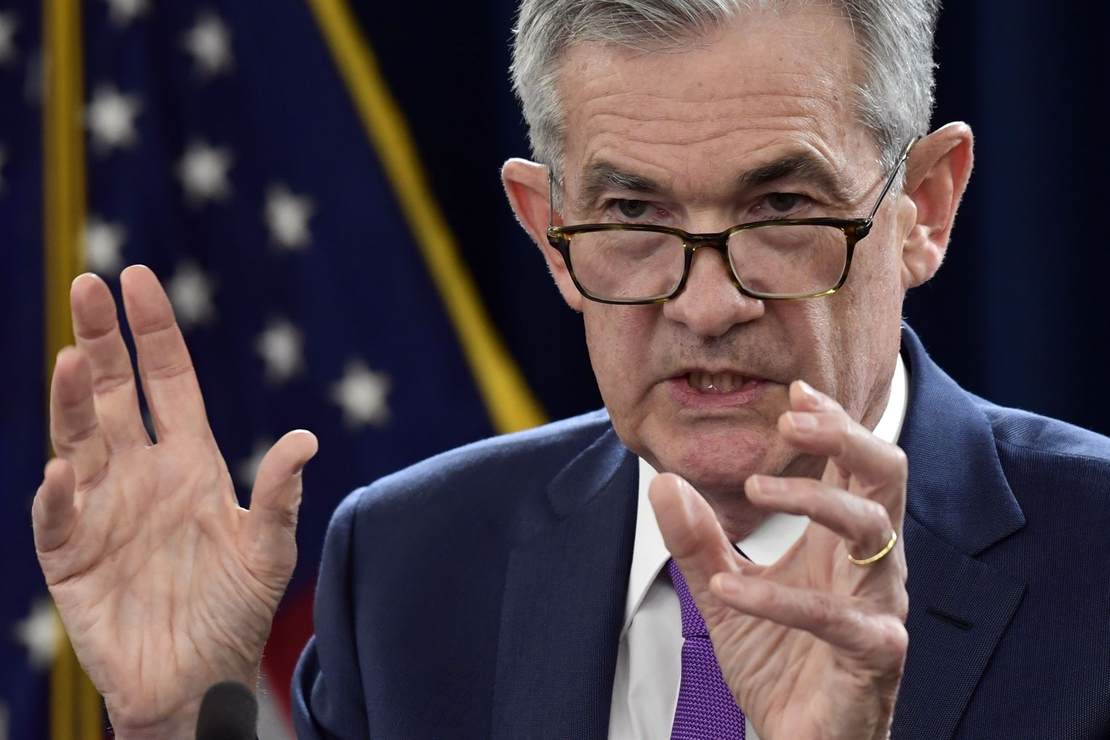 “We have got to get inflation behind us,” Federal Reserve chair Jerome Powell emphasized today. “I wish there were a painless way to do that. There isn’t.”

Indeed, it seems as though Powell only has painful options ahead of him. The Fed issued its third straight 75-basis-point rate hike in a row, and signaled that at least one more will come by the end of the year:

The Federal Reserve approved its third consecutive interest-rate rise of 0.75 percentage point and signaled additional large increases were likely at coming meetings as it combats inflation that remains near a 40-year high.

The decision Wednesday—unanimously supported by the Fed’s 12-member rate-setting committee—will lift its benchmark federal-funds rate to a range between 3% and 3.25%, a level last seen in early 2008.

Officials’ new projections showed a majority of 19 officials who participated at the Fed’s policy meeting expect to lift the rate at least by another 1.25 percentage point by December, to a range between 4.25% and 4.5%. The Fed has two more meetings this year.

The Fed members don’t think that will be enough either:

This is a central bank in full inflation-fighting mode.

And when Powell declared war on inflation, he apparently meant it. The collateral damage to the economy is a lower priority for the Fed now, and Powell was very explicit about what that means. He insisted that none of the economic indicators seen since his late-August statement from the meeting in Jackson Hole, Wyoming had given him any indication that inflation was abating on its own. “My main message has not changed at all since Jackson Hole,” Powell declared.

That means that a recession may be coming, whether Powell wants it or not:

This stood out to me — Chair Powell is being clear that the Fed is willing to trigger a recession in order to get inflation down.

The Fed does not want a recession, but the No. 1 goal is to lower inflation https://t.co/5MFKbJaTSz

Right. Inflation has given way to stagflation, either of which would be corrosive enough. The Fed doesn’t have to be the main army in a war on inflation, but thus far the Fed is the only army reporting for duty. Congress and the White House could fight inflation by cutting down on government spending that forces monetary expansion, and they could also adopt supply-side economics to allow for a burst of production that will catch up to demand and create organic price equilibrium.

This is so obvious that even the Left is starting to beg for supply-side policies at the Center for American Progress:

Effective Inflation Control Requires Supply-Side Policy
Fed inflation policy, which relies on demand reduction, needs to be augmented by supply-side actions; otherwise, there will be avoidable losses in output and employment. …

However, because recent inflation was significantly caused by supply factors, the contractionary monetary policy put in place to curb it will entail real economic loss, especially for those most vulnerable in the labor market—people of color, workers without a college degree, disabled workers, and others. Therefore, it makes sense to look for ways around the supply disruptions that are affecting the current expansion and may constrain growth in the future. There are several steps that could help in the short to medium term…

Without that, Powell only has the sledgehammer of monetary tightening and the destruction of demand as his weapon against inflation. Unfortunately, Powell and the Fed waited months too long to get a start on that process, which means the pain will get greater. The current monthly PCE index of inflation — the Fed’s key gauge — is still at 6.3%, well above the current benchmark interest rate and well above the projected rate at the end of the year. Until that inflation rate gets at least in range of the interest rate (or vice versa), inflation will continue to cook and more rate hikes will be necessary.

In other words, this looks like a long and recessionary war, unless Democrats wake up and reverse their current spending and demand-stimulating policies. And that won’t happen until at least after the midterms.