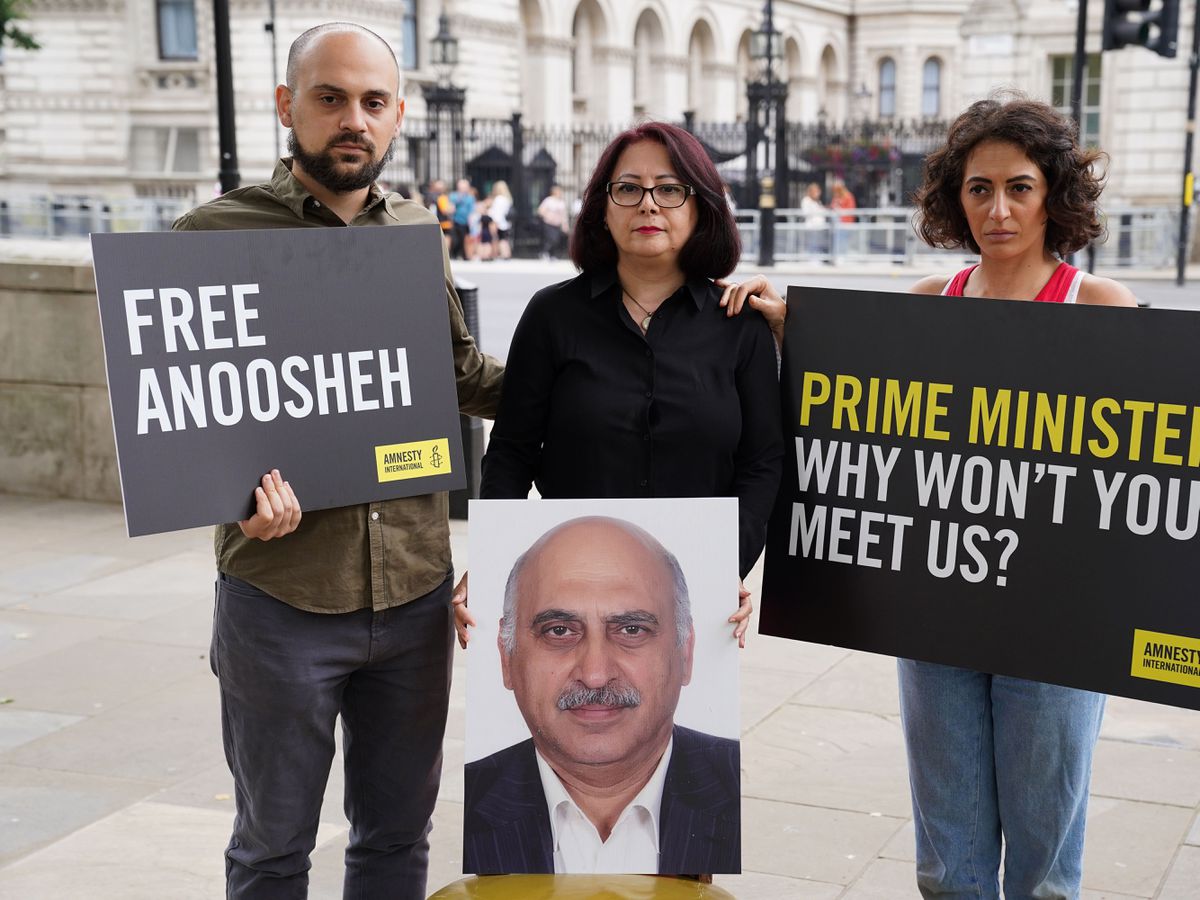 The family of Anoosheh Ashoori have said they are “delighted” he has been released from Iran and is returning to the UK.

Dual national Mr Ashoori, 68, a retired civil engineer, father and husband, was arrested in August 2017 while visiting his elderly mother in Tehran, and was detained in Evin prison.

He is returning to Britain along with Nazanin Zaghari-Ratcliffe after the UK Government settled an outstanding £400 million debt owed to Iran.

A third dual national, Morad Tahbaz, has been released from prison on furlough.

A statement from Mr Ashoori’s family said: “We are delighted to confirm that Anoosheh has been released and will be returning to the UK today after five long years.

“This day has been a long time coming, and we are thankful for the efforts of everyone involved in bringing Anoosheh home.

“1,672 days ago our family’s foundations were rocked when our father and husband was unjustly detained and taken away from us.

“Now, we can look forward to rebuilding those same foundations with our cornerstone back in place.”

Despite living in the UK for 20 years, he was later convicted of spying for Israel’s Mossad intelligence agency and sentenced to prison for 10 years.

According to Amnesty International UK, Mr Ashoori was “subjected to torture, repeatedly interrogated without a lawyer present and forced to sign ‘confessions’ while sleep deprived”.

It described the prison conditions he was in as “overcrowded and unhygienic”.

In January 2020, Mr Ashoori’s wife Sherry Izadi, who lives in London, said she feared he had no “hope in hell” of being released.

She also told of how her husband attempted suicide twice and went on a 17-day hunger strike in protest against his detention.