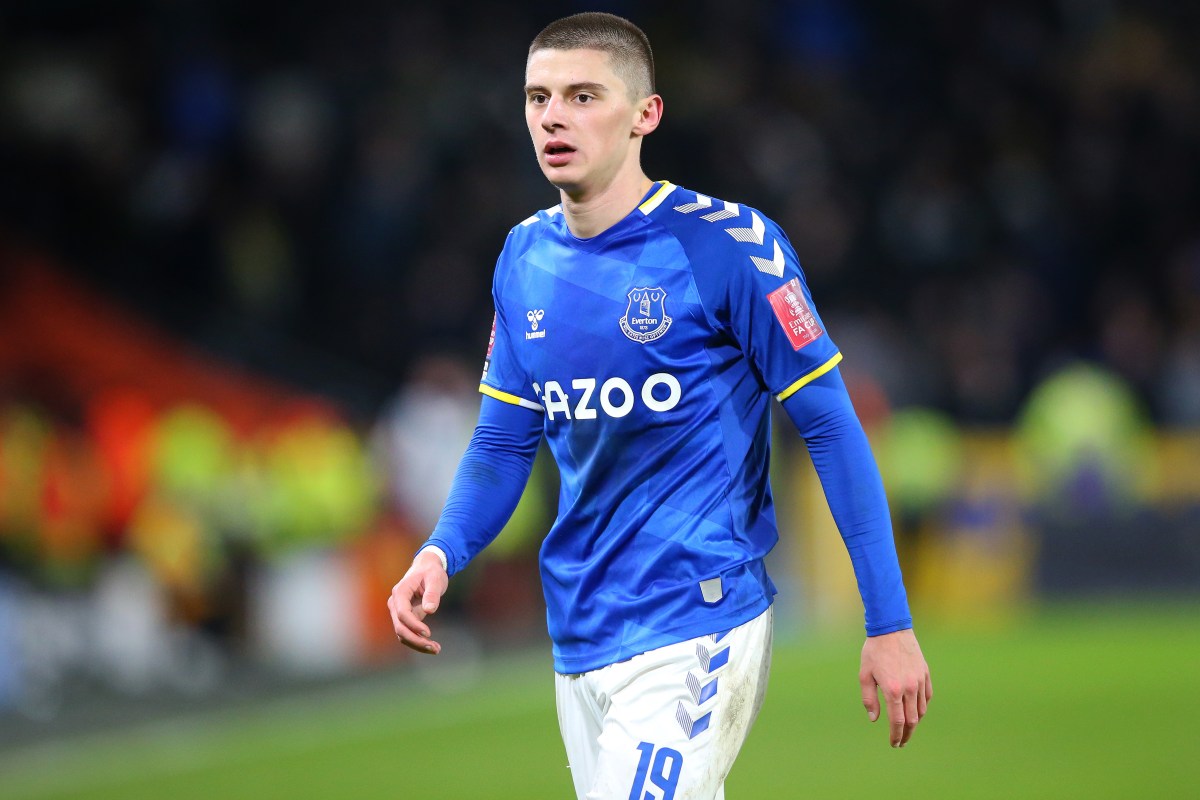 Everton full-back Vitaliy Mykolenko has hit out at Russia captain Artem Dzyuba and the rest of the national team for staying silent on Vladimir Putin’s invasion of Ukraine.

Mykolenko looked visibly emotional on Saturday ahead of his side’s clash with Premier League leaders Manchester City at Goodison Park.

The 22-year-old was seen in deep in conversation with City’s Oleksandr Zinchenko before and during the match as both clubs showed their support for Ukraine.

The defender hit out at Dzyuba, who is the captain of the Russian national team, as well as his ‘s***head teammates’ for not taking a stance against the invasion.

“Whilst you remain a silent b**** along with your s***head football teammates, peaceful civilians are being killed in Ukraine,” Mykolenko wrote.

“You will be locked in a prison for the rest of your life and most importantly the lives of your kids. And I’m glad.”

Russia were set to face Poland later this month in a World Cup play-off match, but the hosts have since been kicked out of the tournament by footballing governing body FIFA.

Mykolenko is not the only Ukrainian sportsman to share his thoughts on social media.

Zinchenko uploaded a picture of Putin to Instagram last week with the caption: “I hope you die the most painful suffering death, creature.”

Whilst former Ukrainian heavyweight champions Vitaly and Wladimir Klitschko, have been joined by Vasily Lomachenko and Oleksandr Usyk in fighting for their country.