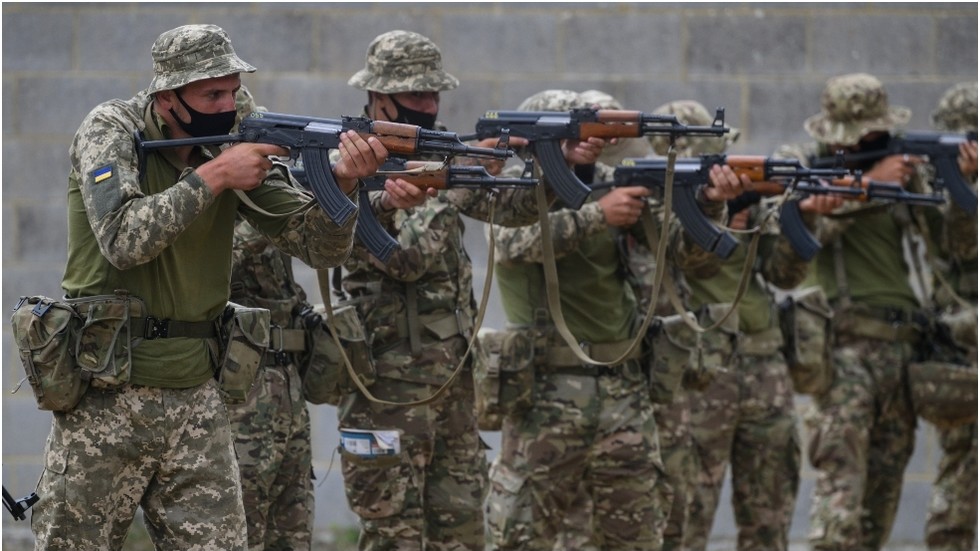 The EU is considering establishing a major program to train Ukrainian troops in neighboring nations, the bloc’s top diplomat, Josep Borrell, has said. EU defense ministers will discuss the matter during a meeting in Prague on August 29.

“I hope it will be approved,” Borrell stated on the sidelines of a forum in Santander, Spain on Monday. “Of course, it would be a big mission,” he said, adding that the training program “has to be up to the level of the conflict.”

“It seems reasonable that a war that is lasting and looks set to last requires an effort not only in terms of supplies of material but also training and help to organize the army,” he said.

The US and Britain are already training Ukrainian soldiers in the use of Western-supplied weapons and are also teaching battle tactics. News agency Euractiv quoted EU sources as saying that Ukraine’s foreign and defense ministers wrote a letter to Borrell last summer asking for a training program, and the EU has since “drawn up several options.”

Moscow has insisted that the Western military assistance to Ukraine will lead to more casualties but will not change the course of the conflict.

“We should call a spade a spade: the EU will set up bases to train terrorists and Nazi militants for the Kiev regime,” Foreign Ministry spokeswoman Maria Zakharova wrote on social media on Monday.


“A hundred years ago, the Europeans also didn’t immediately realize what fascism is like. They realized later, but it was too late,” she added.

Russia sent troops into Ukraine on February 24, citing Kiev’s failure to implement the Minsk agreements, designed to give the regions of Donetsk and Lugansk special status within the Ukrainian state. The protocols, brokered by Germany and France, were first signed in 2014. Former Ukrainian President Pyotr Poroshenko has since admitted that Kiev’s main goal was to use the ceasefire to buy time and “create powerful armed forces.”

In February 2022, the Kremlin recognized the Donbass republics as independent states and demanded that Ukraine officially declare itself a neutral country that will never join any Western military bloc. Kiev insists the Russian offensive was completely unprovoked.