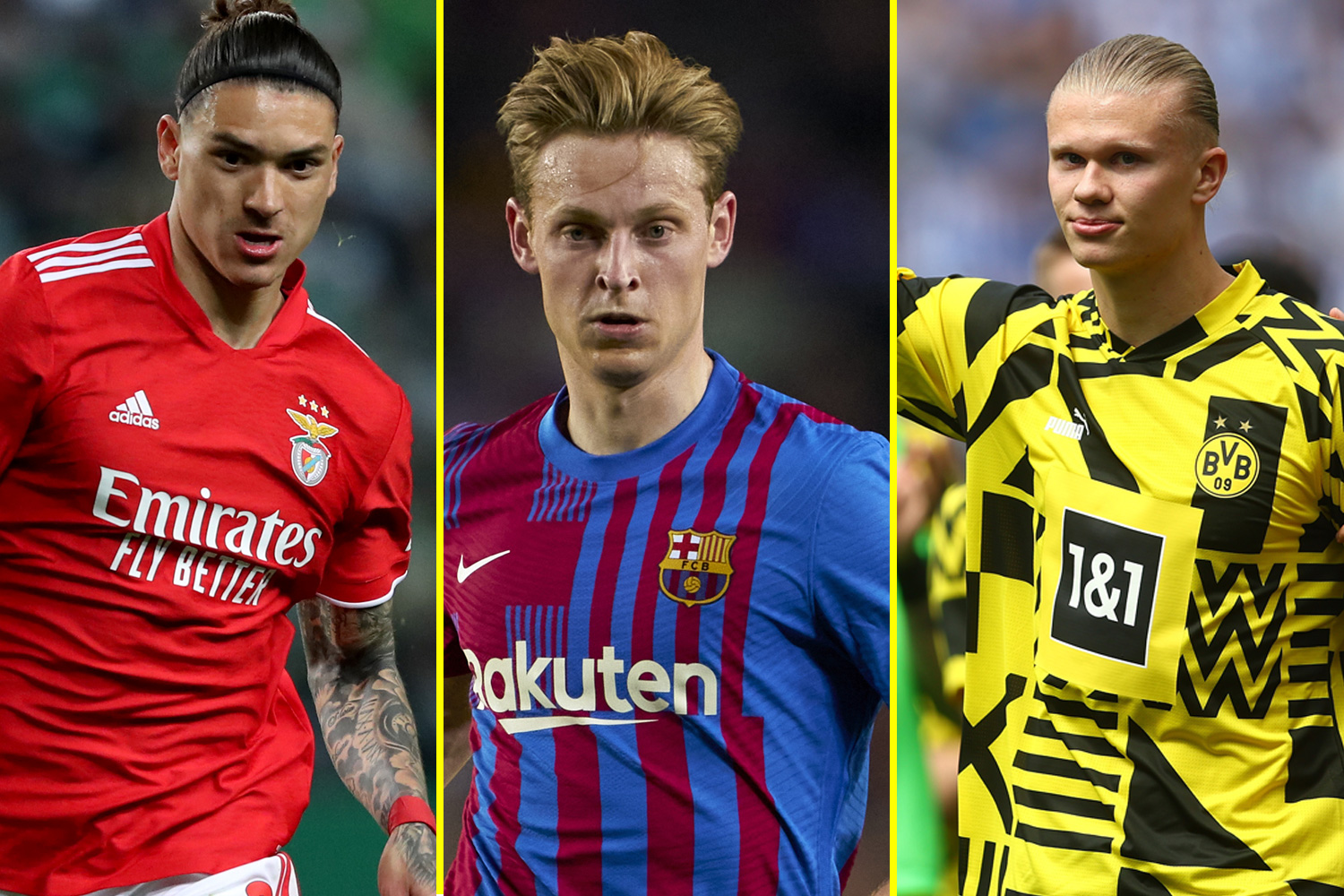 The British transfer window opens on Friday morning and for clubs in the Premier League things are starting to heat up nicely.

Teams have had time to take stock of last season, but with domestic signings now permitted and international deals able to go through on July 1, efforts are likely to step up in the coming weeks

Manchester City were the first side to land a blockbuster deal after triggering the £51million release clause of Borussia Dortmund striker Erling Haaland.

Pep Guardiola will add a superstar striker to his attacking line, while giving Liverpool something to think about in the process.

The Reds are set to strike back, though, with talkSPORT’s Alex Crook claiming that a deal to bring Darwin Nunez to Anfield is ‘all-but done’.

The Benfica star scored 34 goals last term leading to interest from the likes of Manchester United, however it’s Liverpool who look set to get their man for around £100m when add-ons are included.

Those deals could set the tone for a busy summer in the Premier League, but what deals could be next?

talkSPORT.com takes a look at the transfers that could grab the headlines in the coming weeks.

The Liverpool man could be on the move this summer after falling out of favour under Jurgen Klopp.

talkSPORT understands that Manchester United are considering a move for the midfielder who wants more games after making just nine starts last term.

If the Reds are willing to sell for £10m then a shock move to Old Trafford could be on the cards.

The Manchester City man could be a victim of Haaland’s arrival at the Etihad Stadium.

With the Norwegian star set to play a central role next term, Jesus’s time under Guardiola could be reduced further leading him to seek a new challenge.

Arsenal have been heavily linked with the player and look like his most likely destination.

The Leeds United star continues to be linked with a move away from Elland Road.

Despite being a huge favourite with his boyhood club, Phillips has been linked with Manchester United and Manchester City.

The midfielder is valued at £50m and that could see him given the chance to shine at one of the Premier League’s leading clubs.

Erik ten Hag’s arrival at Old Trafford will see a number of new faces heading to the club this summer.

Dutch midfielder de Jong is one star who is highly-rated by the club and could be signed as a blockbuster replacement for outgoing Paul Pogba.

However, valued at £70m by Barcelona, United will need to pull out all of the stops to get this deal done.

The young goalkeeper is on the brink of completing a permanent move away from Man City with Southampton closing in on a £10m transfer.

The deal for the 20-year-old will see City hold a buy-back option on the player, similar to the agreement that saw them sign Tino Livramento from Chelsea last year.

Should the move be finalised, Bazunu will be Southampton’s first choice goalkeeper, replacing Fraser Forster who has joined Tottenham.

The Man City man is another member of Pep Guardiola’s squad who could move on this summer.

Sterling has struggled to establish himself as a regular in the first-team this term, leading to links with a number of clubs including Chelsea.

Real Madrid are also said to be keen and could be tempted to do a cut-price deal with the England star having just a year left on his contract.

Newcastle’s search for a goalkeeper could lead them to the door of the Borussia Monchengladbach man.

Alex Crook revealed that the Magpies have turned their attention since ending their pursuit of Man United’s Dean Henderson.

The 33-year-old is out of contract next summer and would provide competition for places along with Martin Dubravka.

The midfielder is set to be one of the big transfer stories of the summer window.

After being handed a career lifeline with Brentford, the Danish star is attracting interest from Manchester United and former club Tottenham.

Given that Eriksen is available on a free transfer it could be a busy few weeks for the player as he assesses the options available to him.

The Brighton star is attracting significant attention this summer as Manchester City plot a move.

The left wing-back has shone for the Seagulls this term and with Guardiola’s side looking for someone in that position, the Spaniard could be a leading contender.

However with Brighton demanding £50m for his services, it’ll be interesting to see if a deal can get done.