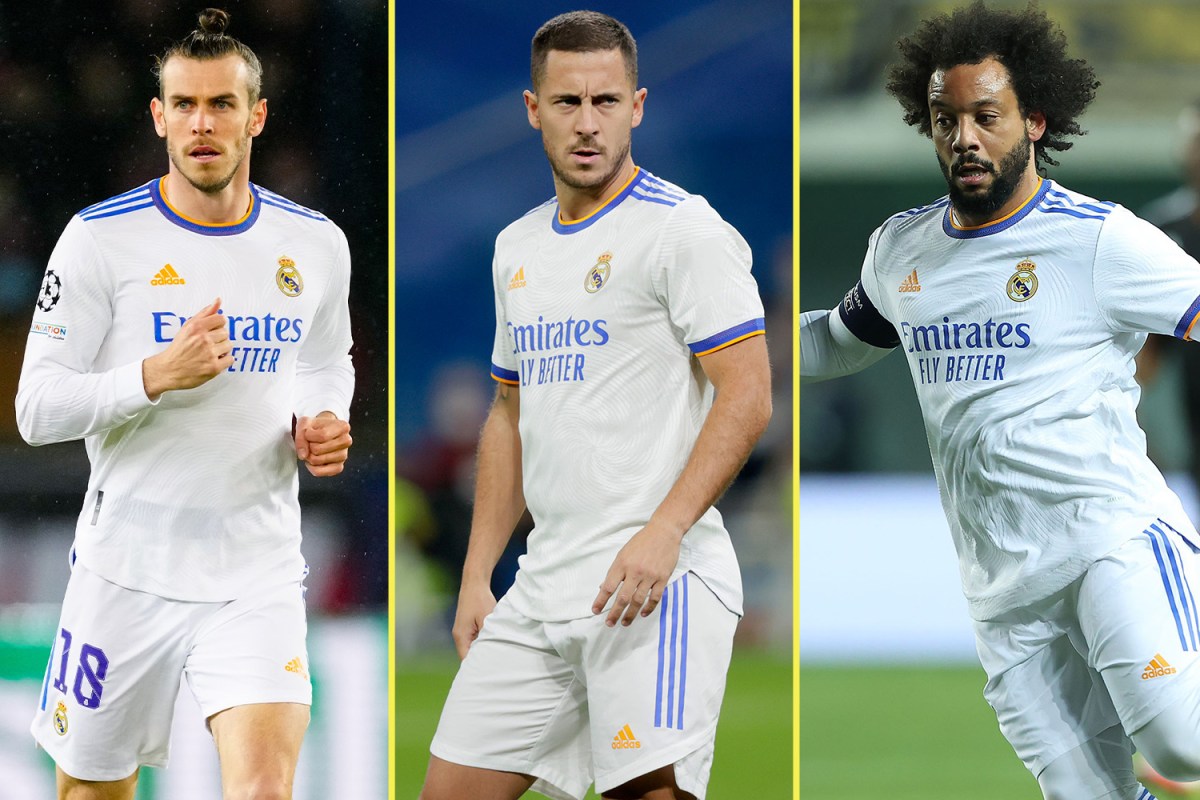 Real Madrid are understood to be planning a mass clear out this summer with as many as SIX players set to leave the club.

Gareth Bale, Eden Hazard, Luka Jovic, Marcelo, Isco and Mariano Diaz are all reportedly surplus to requirements as Los Blancos gear up for a major rebuild.

It looks set to be an exciting time for the 13-time European champions, who as always have been linked with some of the biggest names in Europe.

Kylian Mbappe is extremely likely to join the club when his contract with Paris Saint-Germain expires.

Other names to have been heavily linked are Borussia Dortmund’s Erling Haaland who has a £68million release clause, as well as Manchester United star Paul Pogba, who is in the same situation as his French teammate.

However, before they can bring those names in, Los Blancos must let go some of their own players to reduce their wage bill.

Of the six names, there will be no issue in letting three of them go.

Bale, Marcelo and Isco are all out of contract, and are very unlikely to receive a new offer by the club to stay.


Rashford ‘not ready’ for Arsenal move, as Gunners target forward to solve crisis

According to Spanish publication AS, the soon to be departing trio currently rake in a combined €60m (around £50m) a season.

With their departures a matter of time, the extra funds will be crucial in helping the club secure the signature of their targets.

However, the situation with Hazard, Jovic and Mariano is slightly more complex as they are all still contracted for a few more years.

Serbian striker Jovic and Dominican Republic forward Mariano are tied down to deals that will expire in 2025 and 2023 respectively.

Hazard is contracted until 2024, and according to MARCA, will be the hardest to ship off as he wants to stay at the club.

If they are unable to find a buyer this summer, then the report says a loan move will be sanctioned so that he can regain his form and then attempted to be sold again in 2023.

With many names set to depart the Bernabeu this summer, the club will hope there are suitors, and clubs like Newcastle could secure themselves a bargain by signing some of the outcasts.