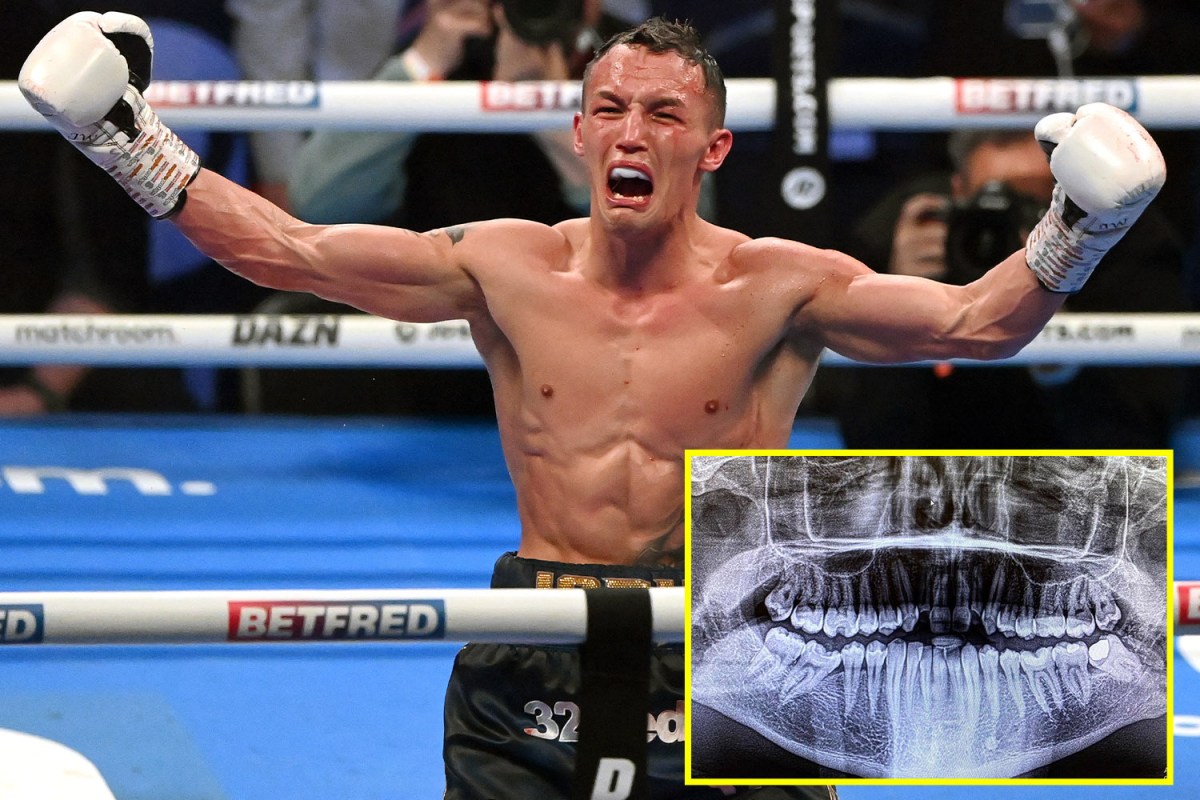 He knocked out Martinez in the seventh round after a furious flurry of punches forced the referee to step in.

The new champion celebrated emphatically upon regaining his old belt as big featherweight fights now await him once more.

Leeds United star Luke Ayling celebrated with Warrington in the ring, while Kalvin Phillips was also in attendance.

It was a near-perfect night for Warrington, but Matchroom chief Eddie Hearn revealed it came at a cost.

He posted an x-ray on Instagram showing the Brit had in fact broken his jaw in the lead-up to the bout.

Hearn wrote: “Confirmed from the hospital @J_Warrington clean break of his jaw prior to stopping Kiko Martinez to in the World title tonight.”

O’Hagan said: “I think what this does, it gives us options now doesn’t it?

“Josh has always expressed an interest in going abroad to fight in Las Vegas, or maybe New York.

“But there again, we’ve got (WBA champion) Leigh Wood in the equation haven’t we? We’ve got (WBC champion) Mark Magsayo, the possibilities now are numerous.”