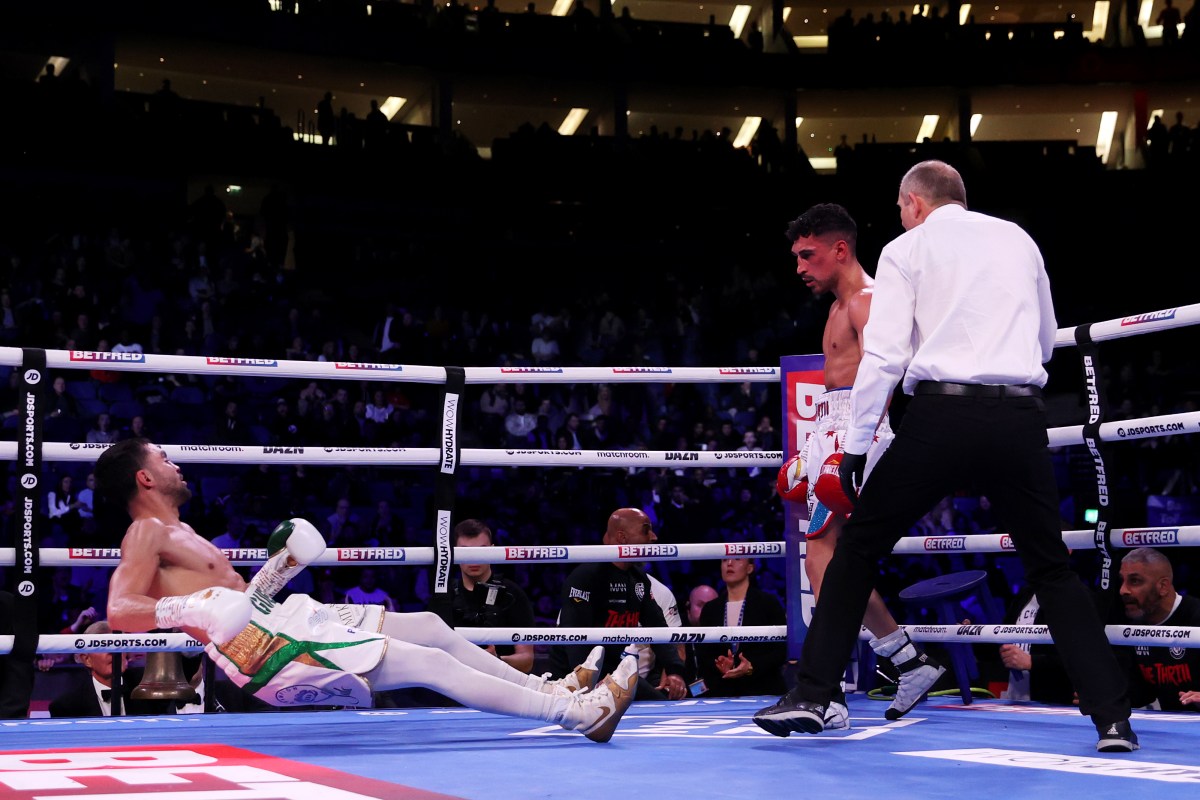 Jordan Gill came back from the brink of defeat to score a stunning one-punch knockout and win the European featherweight title.

Gill was challenging champion Karim Guerfi in London on Sunday night and, after amassing a strong lead in the early rounds, the Brit began to struggle midway through.

The 27-year-old was getting behind his jab well until he was dropped in the seventh round by his French opponent.

Seconds after he was down with Guerfi looking for the stoppage, Gill was then wrestled to the ground and his head hit the canvas hard.

It was likened by many on social media to a DDT move in a WWE match and Gill looked out.

From that point, the 27-1-1 Gill had his back against the ropes and was purely surviving in the contest.

Guerfi was coming forward and trying to put enough pressure on for the referee to force the stoppage.

Eddie Hearn said after the fight he felt it should have been stopped at this point and Gill’s corner debated throwing in the towel.

But they backed their man and in ninth round, Gill delivered in stunning style to turn the fight around.

He managed to sit on the ropes and soak up pressure before uncorking a hellacious right hand straight on Guerfi’s chin.

There was no count for the champion, he was plastered on the canvas and the fight was waved off leaving Gill the European champion.

Matchroom promoter Hearn was buzzing with what transpired in the ring.

“That was one of the most stunning things I’ve ever seen,” he said.

“I felt like the fight should probably have been stopped; he (Gill) couldn’t stand up, he has a perforated ear drum and his balance was shot.

“He was getting beat up but looking back now, it shouldn’t have been stopped but there are many refs or cornermen who [would have stopped it].

“It was like something out of a Rocky movie when they both went over at the same time.

“At the end of the day, it’s not human what Jordan Gill did there. He couldn’t stand up, his ear drum was perforated, he has a haematoma…”