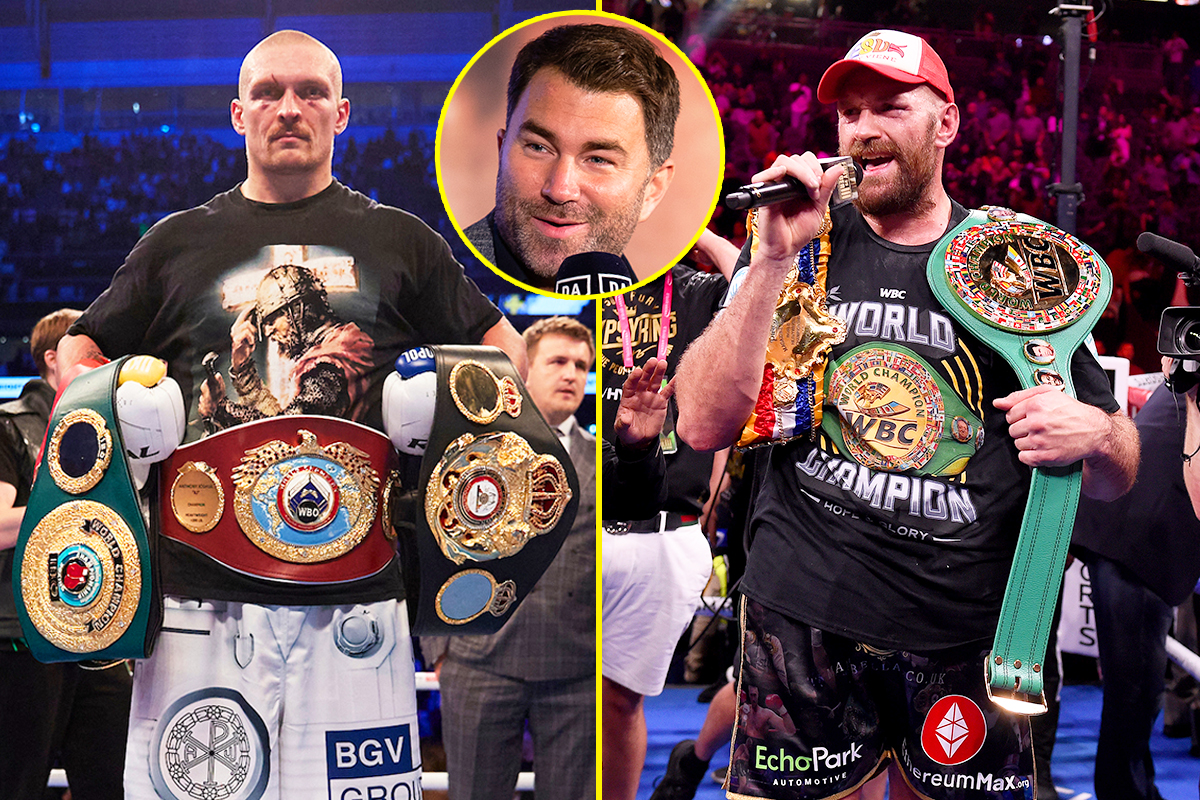 Eddie Hearn has claimed that Tyson Fury has now decided not to fight Oleksandr Usyk next and will face Dillian Whyte instead.

Talks have been ongoing behind the scenes since November with backers in the Middle East attempting to put together a mega deal for the undisputed heavyweight title fight.

Fury has been ordered to defend his WBC heavyweight title against Dillian Whyte next, while Anthony Joshua has triggered his contractual clause for a rematch with WBA, IBF and WBO champion Usyk.

However, interest from the Middle East resulted in negotiations to pay both Joshua and Whyte to step aside and allow Fury vs Usyk to happen first.

On Wednesday night, the WBC set a ‘final’ deadline of Friday for Fury vs Whyte purse bids, meaning any deal for Fury vs Usyk would have to be complete before then.

Not long later, the Gypsy King put out a video calling Hearn and Joshua ‘the worst businessmen in history’ and claiming they’ve ‘lost $90million’ – seeming to indicate that talks had collapsed.

Fury followed up on Thursday morning with a video threatening Whyte, before confirming this will now be his next fight.

He has since also uploaded a fight poster for the bout with the caption: “Who else can’t wait for the fight!? The best of Britain.”

Now, Hearn – who promotes Joshua and Whyte – has given his side of the story.

Hearn told talkSPORT.com’s Alex McCarthy: “The reality is Tyson Fury does not want to fight Oleksandr Usyk next for the undisputed championship, he wants to have an interim bout. And that’s what slowed things down.

“We couldn’t really understand – you’ve just beaten Deontay Wilder, this is the undisputed fight and then he wants the interim bout.

“Then last night, ‘No, I want to fight Dillian Whyte next.’

“So all the work that’s been going on behind the scenes – I haven’t been driving those talks, I’ve been mostly listening – it’s kind of crumbled away.

“As we stand here now, we are going to purse bids tomorrow [Friday] in Mexico City for Tyson Fury vs Dillian Whyte.

Now, it’s back to square one as Fury will defend his WBC title against Whyte next and Usyk will rematch Joshua.

Hearn continued: “At this time, we’re talking April for Fury vs Whyte and maybe May for Joshua vs Usyk.

“The Usyk and AJ stuff is very straightforward.

“Two guys, we’ve got a deal, we’ve got a contract, we know the terms, it’s just a case of agreeing when and where.”